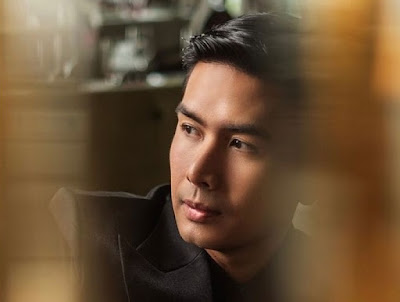 The crooner who has swooned tons of ladies across Asia has renewed ties with GMA Artist Center. In simple ceremonies last week, Christian Bautista was so happy about his decision to stay with the network. He has been in the industry for over 2 decades and he's very happy knowing that he's gotten renewed because he's treated this as a great partnership. He's been with GMA for over 8 years and plans to do various shows including the highly successful "The Clash" Season 4 and "All Out Sundays". Aside from that, he's looking forward to a future of doing GMA Pinoy TV and regional tours (sans pandemic) which will possibly get him in touch of audiences abroad as a major throng of his supporters are from other countries too.

Christian understands that it's a bit difficult to make plans because of the COVID-19 restrictions so he's probably going to wing every opportunity that comes with this renewal. He also did a project called STILL with Julie Anne San Jose and other artists which is produced for the VIU app. It's more of a series that's got a lot of music involved in it. This will be out soon so his fans still have a lot of things to look forward to, hopefully this year.

These days, Christian is also doing YouTube and he says "It's a bit difficult now, but everybody is doing it. Your fans will enjoy how you share your life, so we (he and his wife) decided to do it. As for digital concerts, that's a lot to think about. Producing, getting sponsors, the timing, it's a bit difficult. Renewing in GMA is surreal, at this time, at this age, it was a nice feeling that people believe in you. I wish for a project that would be celebrated around the world. Whether it may be in front or the back of the camera, I'd like to see that happen. Right now, this show with Julie, it's outside the Philippines and I'd take it. Being with people who love working together, with a purpose, it's something that I want to do. These days, you think about how you would get to earn as an artist during this time. I'm grateful to God that I'm not getting neglected. I want to focus on The Clash as a mentor and judge, hopefully I'd be able to help them. I want to also write songs, be a creator, not just sing."

Recently, the MET was inaugurated and opened by the city of Manila. One of the performers who were invited during that historical opening was Christian Bautista. I asked about it casually and he says "The experience performing again on stage was surreal, I was both excited and elated about doing that again after several months of getting locked in at home. Even if it was 2 seats apart during that day, the live audience really was a different experience. I liked what it was, and I loved to see what it can be again after all these restrictions are gone. In the future, there would probably be online shows, live shows, to blend them might be right. The Clash was getting a nomination in New York just meant that I was doing something right. It's for the directors, the people behind the show, not just us artists and contestants. No one in particular but everyone who joins The Clash, you can feel that they really do want it. It's just sad that opportunities are not given to them all, but hopefully they would try, and not get discouraged."

Here's the rest of the interview on video:

The Clash is going to be bigger and better, so will all the celebrations on AOS. You'll see Christian there and all the talented artists of GMA.