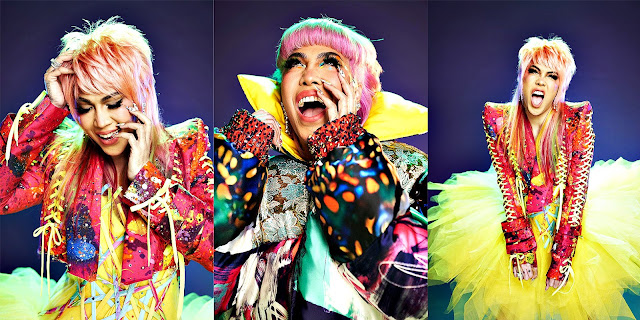 Seeing the Phenomenal Box Office Star Vice Ganda on TV only means you'll be having a good time- and this week, he's going to be adding another feather to his hat as he hosts a brand new show called "Everybody Sing!" which is set to premiere this June 5 and 6. It will be shown online on Kapamilya Online Live, TFC, iWantTFC, free to air on A2Z Channel 11, Kapamilya Channel (digital).

This show is hella lot different from other game shows as there will be a total of 25 contestants at a time representing a particular sector/organization, people from all walks of life. Vice says "Finally, we now have a chance to show you "Everybody Sing" which was initially intended to be shown 2020, but the pandemic and ABSCBN closure made our plans change. I am very happy, excited, a little regret because COVID-19 happened. When we started, we were planning to have 100 studio contestants so we had to limit it to 25 because of pandemic restrictions. There will be less people and opportunity to win, but don't worry about that." 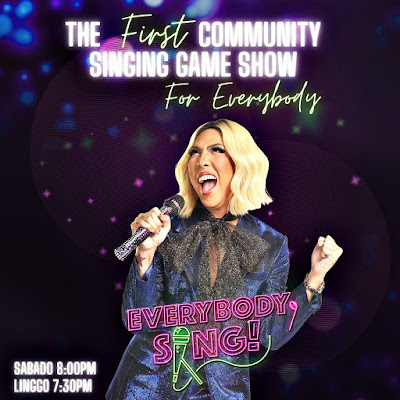 He adds "Unfortunately, because ABSCBN also lost its franchise, we had to limit our prize from 2 Million pesos to 500 Thousand Pesos for the cash prize. You will see some of the previously shot episodes during the latter part of the series. We also strictly followed protocols, as each contestant got swabbed and locked in just for the tapings. This also excites me as I get to talk to 25 different individuals each time and you'll be laughing hard about the different banters and interaction I'll be doing with them. It may have been hard to actually do this, but it is very fulfilling, it's all worth it!"

Aside from that, you'll be seeing him on weekdays at "It's Showtime!" for more fun and laughter. Vice together with the staff also has helped and developed the new portion called "Reina Ng Tahanan" wherein super woMOMs get to showcase themselves through a pageant. If you're a talented mom, smart, and have the heart, 18yo and above, then you can join and become the reigning REINANAY of the day.

And of course, we all miss Vice Ganda on stage. So on July 17 and 18, 2021, she'll be having a concert called Gandemic: The VG-Tal Concert. On the 17th it'll start at 9PM and on the 18th it'll be at 11AM (GMT+8 which is Manila time). Guests include new mom Anne Curtis, guy with a golden voice Ice Seguerra, the crazy comedians MC and Lassy, the funny bunch of Negie, Petite, Awra and Argie plus the very talented Payatas Children’s Choir. They'll be performing in different times of the show so you have to log in early! The concert can also be viewed via TFC, iWantTFC and Sky Pay Per View. Tickets are available now on KTX.PH for VIP (with access to meet and greet Vice) Php 1,500 and Gen Ad at Php 1,000. I can't wait to see what Vice has in store for us all. The brand of comedy he brings, is just crazy good and for what it's worth, we need to dedicate some time for laughter during these difficult times.

I'm glad Vice is stepping up the plate and giving us what we need!