Boost Your Immunity with TOLAK ANGIN 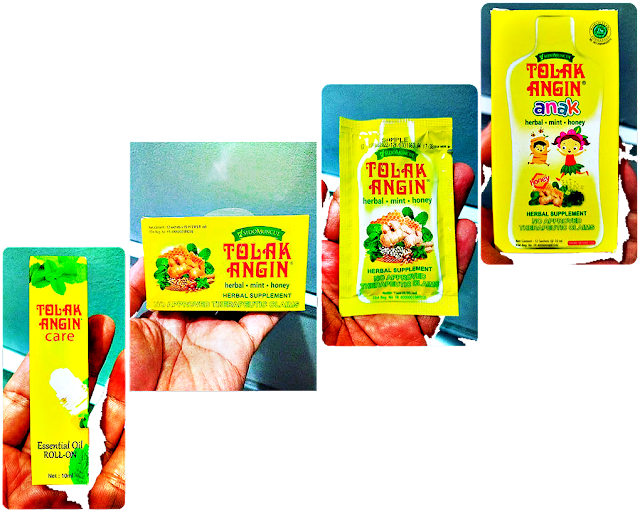 We've all been confined in our homes this year, are you taking good care of yourself? Have you had a short bout of upset stomach? Chills? Dry throat or cold symptoms? This is not the time to panic, it's time to boost your immune system and make sure it doesn't happen again.

I've tried TOLAK ANGIN this week and find it super soothing on the throat. It's an herbal supplement made of 12 natural herbs formulated to rid you of what we in the Philippines call "lamig". It's from Indonesia and it has helped countless individuals "expel the wind" (literal meaning of Tolak Angin). It also is best for motion sickness, fatigue and nausea. I don't usually like things that have ginger on it but this one actually tastes good. It tastes like honey, ginger and mint combined and would rid you of an upset stomach. It's been patronized in Indonesia for over 90 years, a feat that brands would only dream of.

It's au naturelle and safe as it passed several pre-clinical tests in different universities and laboratories in Indonesia. This is founded and formulated by Rachmat Sulistyo who's company now manufactures up to 300 products in the market (worldwide). If you remember, it landed in Philippine shores back in 2018 and got Kris Aquino and Manny Pacquiao to endorse it. Now, they have TOLAK ANGIN CARE which is an essential oil roll on which I find very handy to carry around in trips. I put it on insect bites, on my wrist and smell it if I feel a little woozy at times. Aside from that, they also have TOLAK ANGIN ANAK for kids if they need something to alleviate fever. It's got Cornu Bubali which is natural too, together with the 12 ingredients of the normal TOLAK ANGIN. It boosts your immunity, and promotes better digestive health.

Best of all, these products are not expensive at all. It's also available online in Shopee and Lazada. They also have it in drug stores nationwide. It's only a supplement, it's best to consult your doctor if needed.