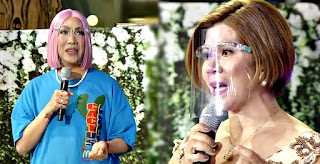 If you've been watching "It's Showtime!" lately, you've probably been hooked on a certain portion called "Reina ng Tahanan". This particular segment on the show was the brainchild of the creative staff and the Unkabogable Vice Ganda who's one of the hosts of the show. Initially they only dedicated a few minutes for it but recently, they noticed how viewers are loving the stories in between and true enough, their ratings have skyrocketed in the weeks after it was started. Aside from that, they have also been trending nationwide without hitches because yes, these worthy Moms share their real stories.

Vice says "I really had mixed feelings about this, but I'm so happy that we got to push this segment with management. I feel we have really not wasted the trust given to us by ABSCBN. We're excited and inspire to outdo ourselves, and also overjoyed that we get to entertain our audience even during the most difficult times." 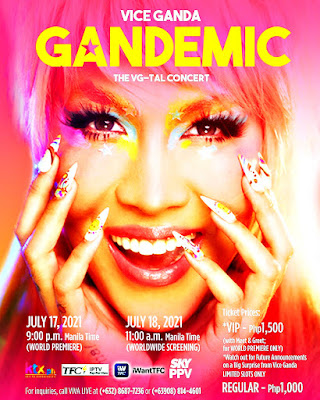 Now, they're even working hard to make the segment even better. They are inspired with the outpour of emotions during and after the show because they know people are connecting with the different Moms they feature in the show. Vice says "This segment made me realize that there are different kinds of mothers. It's even more that the species of fish in the ocean, and I can say we shouldn't stereotype them, we should not put them in a box, they have different stories. The definition of what a mom should be is limitless, but what's common about them is the love they give their husbands, sons and daughters, and their family. I could see why Moms at home also were able to connect with the ones on the show because they really see themselves in them regardless of economic class, motherhood is indeed universal. "


Vice is also going to have a concert this coming July 17 entitled "Gandemic Vice Ganda: The VG-Tal Concert" so expect not just the fun you're seeing on "It's Showtime!", but a whole lot more. There will also be a meet and greet after the show so you could interact with the live comedy genius so make sure to get your tickets now at KTX.ph. Guests include Vice's closest friends, and names like Ice Seguerra, Jake Zyrus, Moira and Anne Curtis. It maybe his first digital concert but do know that you'll see a lot of laughs as Vice dishes out the best punchlines that are timely, and still, very creative. This platform has indeed evolved and with the recent successful concerts of music icons, Vice will be seen with her brand of comedy which Filipinos absolutely love!

Can't wait for more fun on the show and the lovely stuff with the upcoming concert!