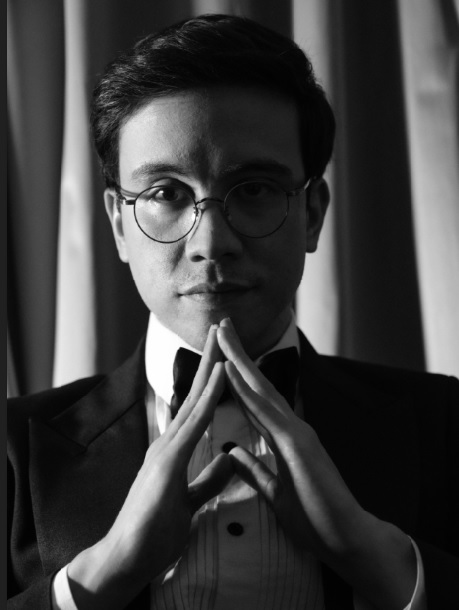 When I saw this video circulating on Twitter and IG of Arjo Atayde winning the Best Actor award at the recent Asian Academy Creative Awards, I had goosebumps, I almost cried buckets for his achievement. Mind you, he actually made history as the first Filipino who won that for that category and it is for his role in the iWant original series called "Bagman" which was done a while ago.

In that movie, he was a barber, turned criminal turned politician (which was quite realistic no?) and he actually did beat quite a number of acclaimed actors from the Asian region. Add to that, he also won in the national level against really good Filipino actors too (and the chance to represent the country in the said tilt).

Arjo Atayde says "Thank you so much for your support. My journey has been very interesting, especially the characters that the network and dreamscape has given me. The only thing I had to do was be kind in dealing with people everyday. I would do whatever genre they want me to do and hopefully I get to explore more, I get to widen my range so I could grow and learned, so I could do another character. That is what is interesting in my 8 years. At home I am as regular as it is, kulitan lang, with my siblings, my mom and dad. Besides my family and girlfriend, I dedicate this to everyone who helped me since the very beginning. The way they showed brilliance on and off cam, to ABSCBN, to everyone who helped me, I can't say enough, I'm very thankful!"

He adds "I got Tito Pen's guidance, my Mom also said I need to improve. I also watched documentaries so I could improve my craft. I wanted to immerse for the role but I couldn't because it is very personal. I talked to the writers and researchers, the story and the script made it easy to do it. An actor is a real person, but has a heart and mind that grows fonder."

He also talked about the announcement online and he mentioned "I was actually so hopeless, I didn't see that I would win because I was watching it on FB live. I thought they didn't like us, but I wanted the announcement to actually be done with because I was palpitating since 3PM.  When they did, you could see I was so shocked, I was so proud to represent our network, our country, it was a dream of mine when we entered and I got emotional. I said "What?!" but it really happened, I wish I could let someone feel it, I couldn't put it into words.  It was a good fight for the country, it was a good fight for ABSCBN. I can't  explain in words, I was just thankful and grateful for them. This was my goal, to represent the country in anyway I can. I never even thought about that to prove anything, I had fun, it was like a playground for me and what I learned, I never think about who's shadow I had to stay away from. I was just playing really. I know it's the hardest time to stay positive, but it has to start from within, I hope we all look forward to a better 2020. "

Here's the rest of the interview I got from the Zoom conference earlier.

Thank you so much to Star Magic for arranging this earlier, I really am so proud of this man! He's going places!