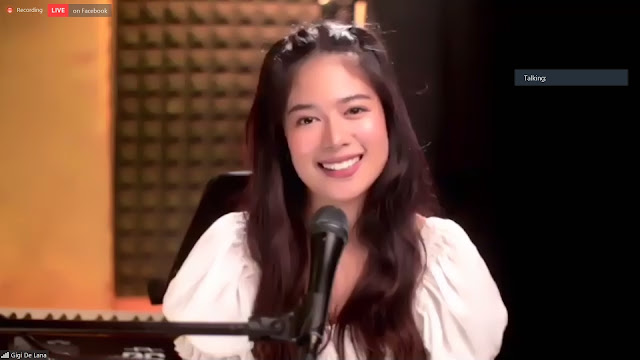 Looks like their lineup is getting bigger by the day and yes, today's never different as they now introduce their newest RISE Artists GIGI DE LANA.

Yes, she's the same person you saw in Tawag ng Tanghalan and soon, on the new movie FOUR SISTERS BEFORE THE WEDDING which is the prequel to hit movie Four Sisters and a Wedding. I loved how she did the songs during the  finals, but now she's doing a whole lot more than singing because she's going to be managed by RISE ARTISTS STUDIO.

Gigi says "I am so thankful to everyone who made this possible. I was discovered through Miss Charo Santos after she saw some covers on YouTube. We decided to change my name, yes, from both sides. I think my journey was really tough, but I think it was all worth it. I did undergo workshops from RISE and I think that improved my confidence. I think they want me to do both and we'll do our best to do singing and acting so we can grow." 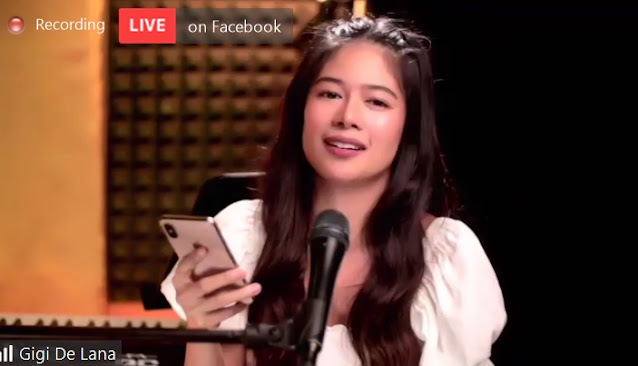 About Four Sisters, she says "It was very amazing. It  was so nice to be with them because they guided me as a first timer. They were so warm in RISE Artists Studio, I learned a lot from that. I did audition for the role and honestly, it was very new for me. I was nervous, but I think it was all worth it. We did stuff that got me teary eyed, Inang, Sir EJ and Direk Olive was there. I am just so grateful I got to learn from that experience because it was a big process for me."

About her singing, she added "I listened to Celine, Regine, I was really a belter when I was a kid. I first sang the national anthem even if I didn't know the words, it was a funny time but my Mom saw my potential and took care of me since then. I dind't get to drink cold water, we had a notion that it affects my voice but later on, I needed to relax. I really wanted to share the stage with Ms. Regine, Mariah, Sarah G., Kyla, and everyone at Tawag ng Tanghalan especially the first season because they are family to me. We really bonded and dind't think of the competition back then, I hope I could do more."


She wants to be an artist that can do a lot of things, to work with veteran actors. She loves them, hopefully they will have a chance to do so. Right now, she says she's not expecting, but she predicts she will be pushed by RISE and hopes she could acheive a lot after signing up with them.

She currently needs funds to help her Mom who is suffering with breast cancer (latter stage). She is currently doing fundraising on Facebook and on KUMU so make sure you also help her, she needs our help. "I did break down, but this is my job. I have to do it for my Mom, not just my dreams. I have to set aside my feelings because there will be a lot of people affected if I did the same. I am hopeful, I have trust that everything will work out fine."

Her KUMU broadcast will start at 1AM (later) so if you are in the mood for giving, please do. She needs our help too!