The Dark Horse of MMFF 2020: The Boy Foretold by the Stars

I will say this, for good reason, this film called A Boy Foretold by the Stars will be the dark horse of MMFF 2020. Tomorrow is judgement day as online streaming is going to be done via Upstream.ph wherein these entries will battle it out not by ordinary box office ticket sales in movie houses, but by online tickets on that platform. If this was poker, I'd put in most of my chips in this interesting movie which stars Adrianne Lindayag and Keann Johnson. We already have had the chance to talk to them earlier this month and this time, we got to talk to them with a little more enthusiasm as they got a glimpse of how people have been reacting to their recent trailers and pronouncement on media. I am pleased how positive it has been accepted so far and by the looks of it, this would really be an interesting movie to watch as it's not just designed to ruffle feathers because of its LGBT content, but a whole love story that happened in high school. Oh yes, young love, which is awesomely depicted on this film will bring back your days of innocence. That time when you realized you're capable of having that fleeting feeling, butterflies when you're with someone else you adore.

Direk Dolly Dulu says "I'm super excited to be in the MMFF and we didn't expect this to happen, but we will do our best and claim victory for the film. I guess it is the quality of the movie that can persuade people to watch it, it was meant for the big screen and the mindset is it is to be shown on cinema but not a series. The treatment and story and how we tell it technical wise is different. This is the first BL full length movie that focuses on the highschool life, the experience of how a young boy falls in love with a young boy, that's what it gives. I think there were lots of films that were sent for MMFF, but this is at par with the other entries. I hope it isn't just because it is a BL series, but it is a good movie. BL for me focuses on the "coming of age" part, this is innocent, sweet, cute, very light genre. It focuses more on love, not on other things. This is about their personal discovery. The Philippine story telling usually concentrates on family matters, sidekicks, a bit mainstream. I feel people are just waiting for it, our mindset doing this in CineFilipino was to have someone start it." 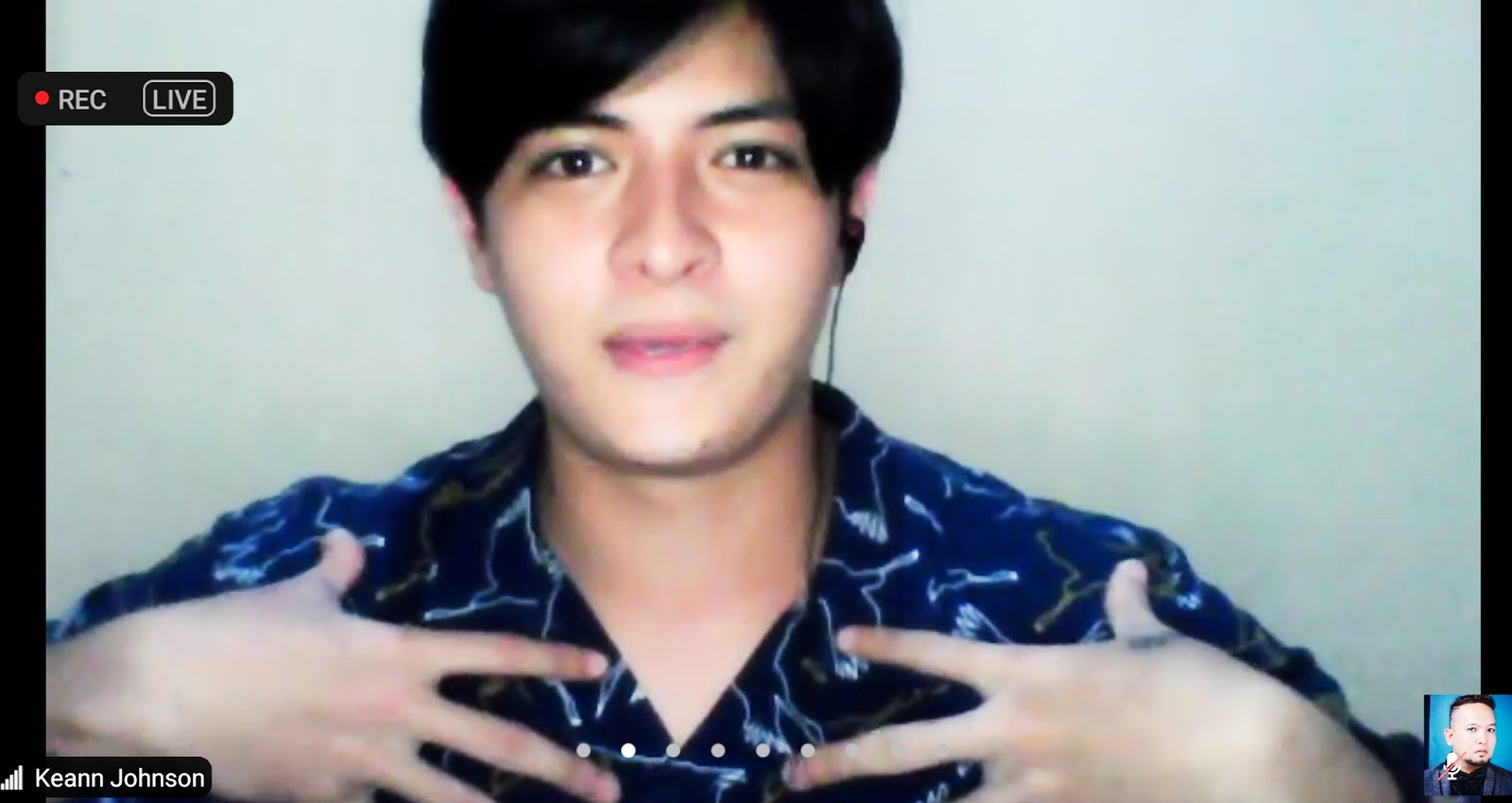 Keann says "One thing I discovered from this movie is that this tells a story about two boys having a special connection. Their story is finally being told on screen, to hopefully become more open about the LGBT community, if people should embrace the words LOVE has no gender. It's a very difficult life for a gay person to live in, and almost everyone goes through that.  I said yes to this because of the overall story, Direk Dolly did an amazing job as you can see from the trailer, just from the moment he gave me the intro, the story itself, I was already hooked. I really hoped to actually get this, I even asked my Mom about this and she wanted me to do this. We really made effort to make this worth it, let's all fall in love on Christmas day. Establishing chemistry with Adrianne came naturally, we really made an effort before shooting this film. Direk had specific scenes he wanted to have and showed us how he envisioned it. We always talked about small things, we kept in touch, we hang out, we became extremely close, we knew Luke and Dominic are best friends, all of what you see in the movie is natural." 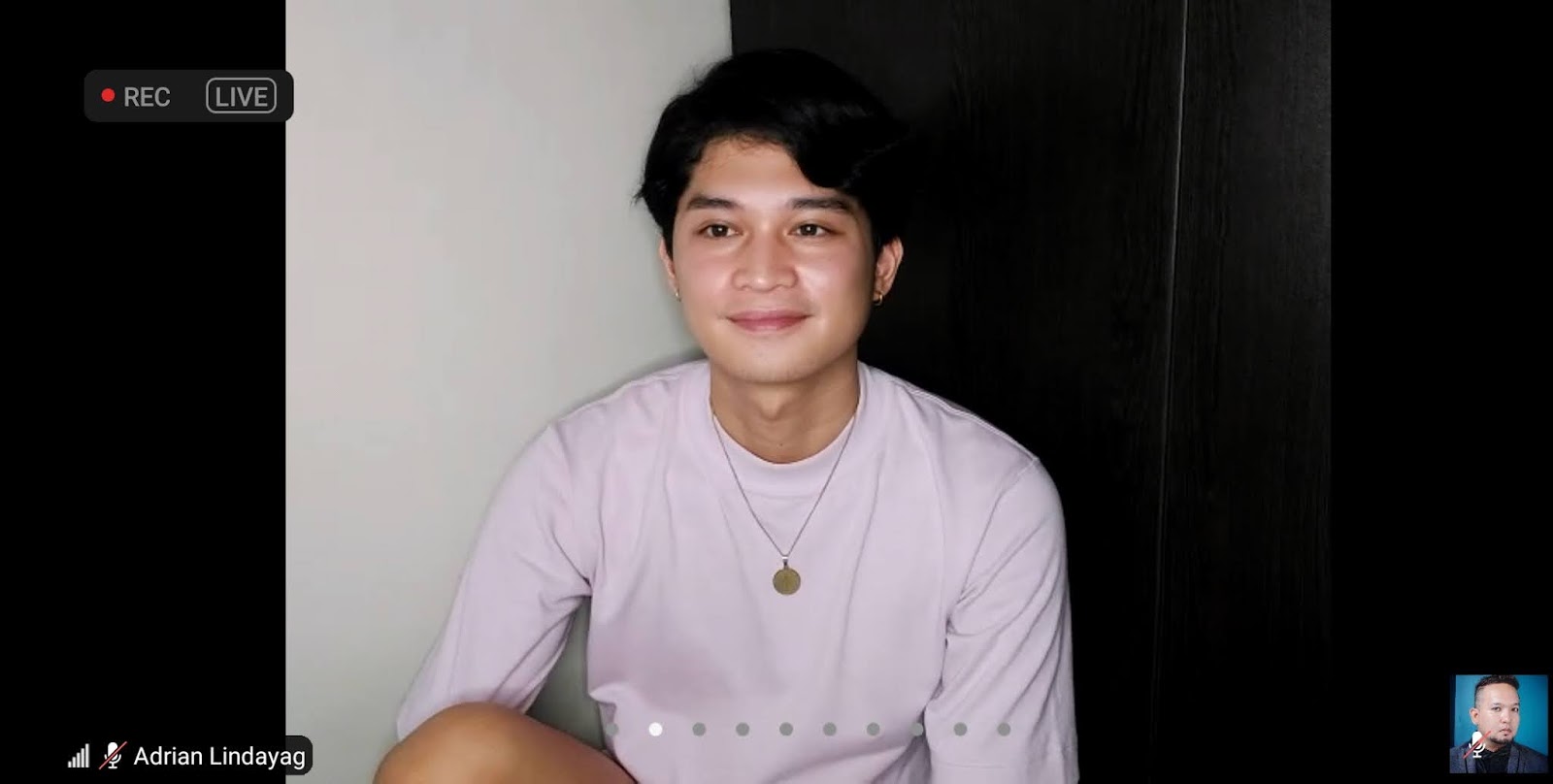 Adrianne says "I want everyone to realize that everyone has a love story, that even an effeminate little boy deserve the kind of representation in the silver screen. We always see them as side characters, funny ones, but not their love story, now is the time to do that. It's fun, light hearted, it is also educational and inspiring. I had a friend, she told me to be specific about it and I wanted to have a goal and direction for my career and the first role that came to mind is a love story, I wanted to portray a person with a leading man, and the universe gave it to me. I auditioned for this film last year and it's not question, I immediately fell in love with it, like an answered prayer. If they wanted me to swallow fire, be hit by a truck I would do it. In the entertainment industry, there is a lack of opportunities already for the LGBT community. There is a lack of roles, and I think that's also taking away opportunities for actors like me. I came from a production background and these days, there are capable gay actors who are ready for it. Let's give them the jobs, they know the stories, so they could represent us and tell the story authentically. We used to work in separate projects and when he came in the audition, direk already saw we knew each other. This means so much to me as a queer actor, and this also means a lot to Keanne as well, we're doing this from a deep place in both of us, there is a sense of service. We were told that this wouldn't work if we didn't jive, we had to be partners (hence he calls him a partner) we had to have a special connection and you can see that in camera. I want to tell our story, I want to do queer roles as it is my advocacy. I hope there would be more material, continue telling the story of our community, there are a lot that needs to be heard. Expect kilig, expect light romance, see you on theaters!"

Iyah Minah says "I wanted to experience to be part of this movie, a story talks about those who are not open with the LGBTQ community, on how they have relationships and it's not because of gender and what not. I think it's better if queer people tell the story, and I hope it gets delivered right and I'm glad they are very open about it. I hope people remember that because we do have very talented people in the community. For me I think my previous role had opened up LGBTQ roles, that they can portray, to be known, I hope it's the start of something good."

Here's how the blog conference went a few days ago:

For those who would want to watch the movie and would like to see the first BL themed film in MMFF history, you've got to catch them at Upstream.ph and see for yourself if it is possible to love with no boundaries. Go watch it with your friends and family, after all, the movie can be watched on your laptop or mobile phone and you can just pay for it while the whole family sees it on screen. This film was made with love as intention, very light, and was crafted good I'd recommend it for Netflix or other streaming platforms too.

I'm definitely watching this, as it is worth the few pesos. Oh and congratulations on the recent nominations of A Boy Foretold by the Stars. I heard you got 12, including the Best Actor nomination for Adrianne Lindayag. I wouldn't be surprised if he wins. That's how awesome this is!

The Boy Foretold by the Stars has won three awards including Second Best Picture at the recent MMFF Gabi ng Parangal which happened last December 27.