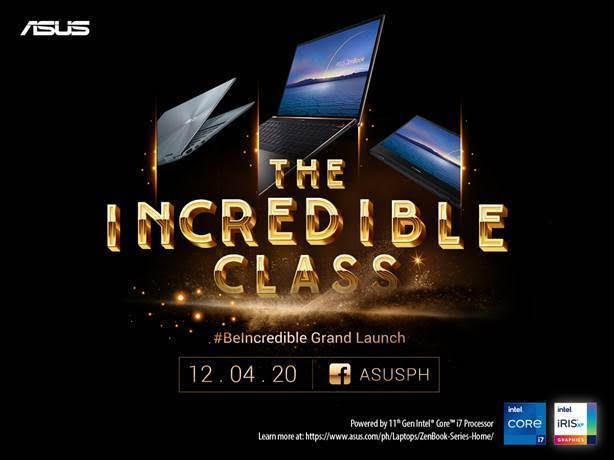 Looks like ASUS is not going to give you a breather after coming out with new models last month. This time, they've got us drooling over these new laptop computers in a lovely reveal event.

This evening, ASUS Philippines introduced new hardware powered by Intel processors on an ASUS ZenBook line they properly call The Incredibel Class. To test it out, they got world class furniture  designer Ito Kish, Cyndi Fernandez-Beltra the owner of Manila Moss and  actress, director, producer and princess of all trades Bella Padilla to do real world work with it, to tell us how it fared. They went hands on with the the new #ASUSZenBookS, the #ASUSZenBookFlipS and the lovely looking #ASUSZenBookFlip13. All of which are equipped with the new Intel 11th Gen Processors.

The ASUS ZenBook Flip S and ASUS Zenbook S utilizes the Intel Evo Platformso you get superior hardware performance that Intel can only deliver. Aside from that, the ASUS ZenBook Flip 13 carries stunning display and more power, one that is required in these times, where your workplace needs it. Without sacrificing looks, these laptop computers can perform above and beyond industry standards, one that you'll love for your office, home office (especially for the creatives), or just casual play.


For Ito Kish, he would like a high performing ASUS ZenBook Flip S UX371EA. He gets the Intel Evo Platform that gets the work done together with the 11th Gen Intel® Core™ i7 Processor that's in it. It's very efficient in power consumption, all because it's got an Intel® Iris® Xe graphics card that doesn't hog as much as its predecessors. He's enjoyed the 4K UHD NanoEdge touchscreen and OLED HDR display because he needs to see the minute details of every project he handles and designs. They also took care of the harmful blue light by around 70% so you won't be squinting too much with it. It's also very light at 1.2kg and quite thin compared to the rest in its class. 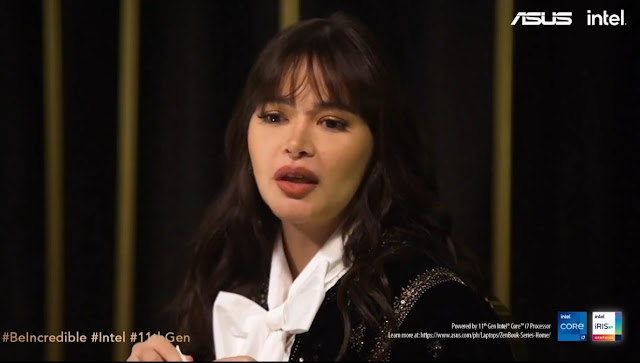 Bela on the other hand loves the ASUS ZenBook S UX393. It's got that lovely oriental look with it's Jade Black colorway and Red Copper diamond-cut edge. Weighing in at 1.35 kg, it's quite light and the vivid colors and details are always on point. She would use it for work and entertainment. It too is equipped with the 11th Gen Intel® Core™ i7 processor and Intel® Iris® Xe graphics, so you don't have to worry about power consumption.

Cyndi loves the form and factor of the ASUS ZenBook Flip 13 UX363EA. It's got 1.3 kg weight, so it's quite portable to take around anywhere. The NanoEdge touchscreen display can be extended out to present stuff, and is very slim at 13.9 mm. It doesn't sacrifice the common I/O ports, and utilizes the 360° ErgoLift hinge design that is only found on these models. It also has a NanoEdge Touchscreen, Full HD Display and supports the handy dandy ASUS Pen for different screen applications. 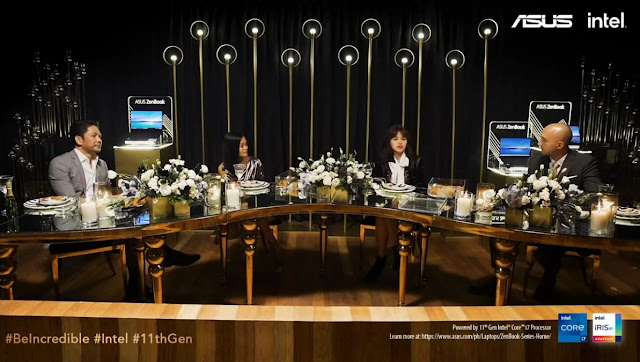 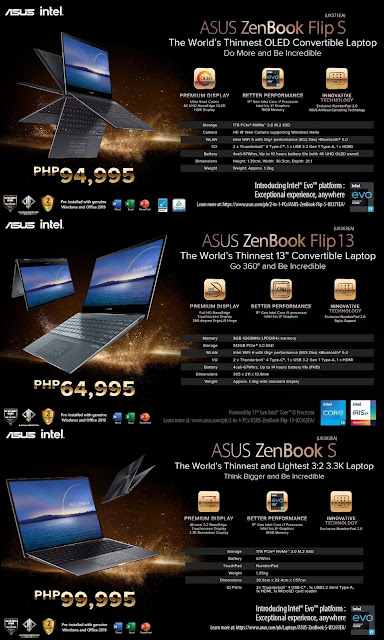