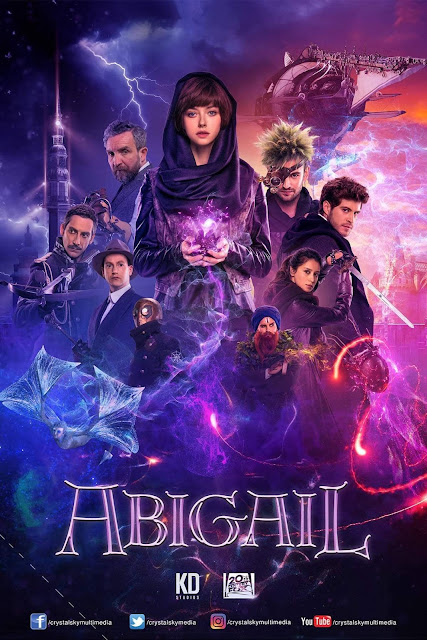 Just got off the cinemas after watching Abigail.

Abigail felt a little mysterious on trailers, this evening we got a glimpse of it. It's very foreign to us, it's Russian in origin so you feel much of it is like Anna Karenina, a bit in the neutral English side. It talks about a young girl who wants to find her Dad. It talks about family amidst a very bio chemical warfare setting. They have talks of getting infected with virus, used it to control people, prevent them from going out of a walled city.

Truth is, the same people disappearing are involved, inching and finding out those who resist and killing them one by one if they don't tell em about where their headquarters are. Abigail though is special, she discovers how she could do magic and used it to her advantage. They get inside their world, and find out the real truth of who's behind these atrocities.

But the battles are hard, really hard with both sides equipped with magic. Her only wish is to save and see her father. Then there are traitors, killings, revenge, and healing, the movie is also such a nice mix of steampunk, and magic. Though I would suggest this be for 10-13 year olds, some adults may find this nice too.

Abigail will show on theaters starting November 27. Go watch it for fancy stuff, a long story, and if you want to teach your kids about hope too. This is under KD Studios and 20th Century Fox.