Your Moment Now Has Online Hosts 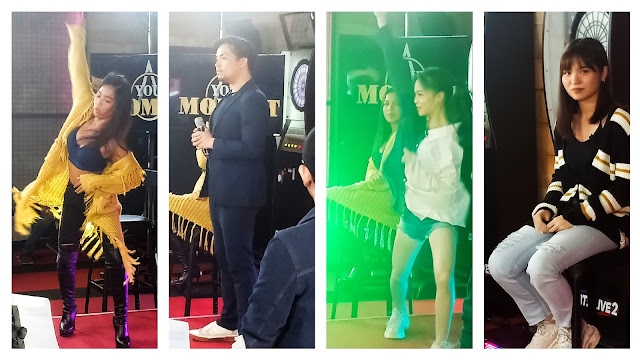 Your Moment just launched last week, but they're already amping it up with good online hosts as Dawn Chang, Matty Juniosa, Sharlene San Pedro, AC Bonifacio will join the show. It's very evident that they were chosen because of their online presence, although very difficult to complete, they are officially doing it.

Dawn says "My moment was when I was in PBB but when I was supposed to do this I had things to fix in Australia. I thought I wasn't going to do this anymore but Direk insisted I go. I am thankful for that. It's challenging and I think people now appreciate me when I explained things. I am now careful about what I say, I get carried away sometimes and I think that is a challenge."

Matty sayd "After Idol I only did guestings and these people that I am with now is more than I wanted. They are all great artists and suoer good at their craft. We are very happy to do this! I think we will bring something to the table, by being honest I can discuss technical things in singing."

AC says "I was pretty nervous about the hosting part but after being with them several times, it was just all fun! I could bring my take on dance because that's where I excel."

Sharlene says "I was really scared to do this but we have to make sure we didn't have dead air. During the shoot it was actually easy because it was so nice to be wjth them. The show actually allows us to comment on the performances. That is a nice opportunity. I think I can also bring fun and laughter, so we won't be that serious during the show. We don't have much scripts during the show because we will be saying what we think about the performers."

Go follow the show's social media accounts because these guys will bring you a different perspective about Your Moment. They all have done reality shows and maybe, that would be a good place to start.