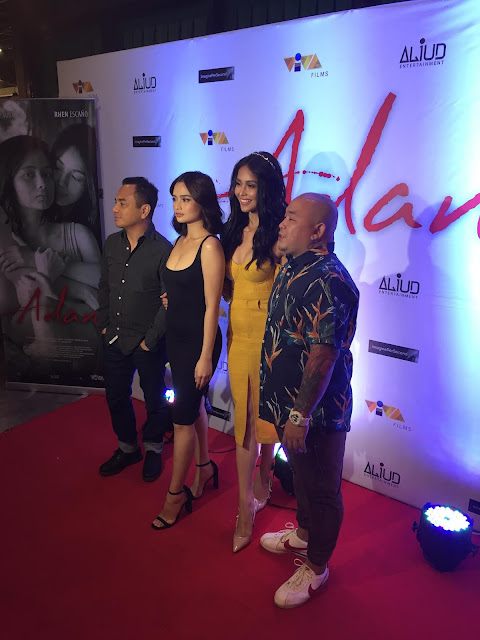 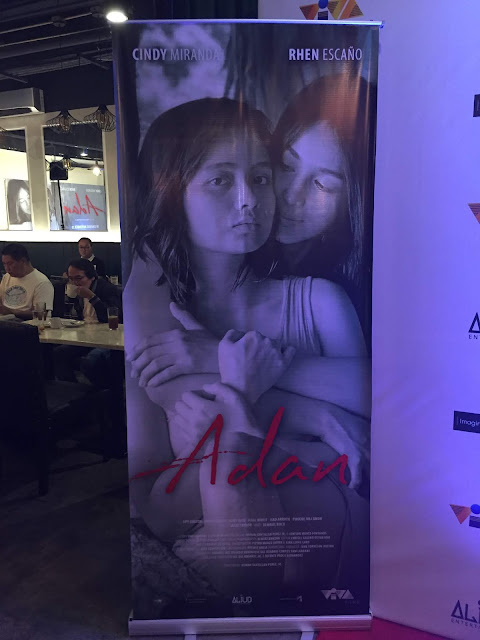 Director Roman Perez Jr. and Yam Laranas have been working on this for a few months now. Direk Yam says “More than just the usual stories, we went with love. This is not cliche, we did what we wanted to do and we are so thankful to Viva and Aliud for trusting us. The loyalty is to the film.”

Direk Perez on the other hand says “The answer is simple, do you need an ADAN in a relationship? In love? Or could it be just a representation of heart? The two women would be here, without a male figure, and these are women who dictate the story. Is there a need for a man in their lives? It’s a story of love, to do what they do for it.” 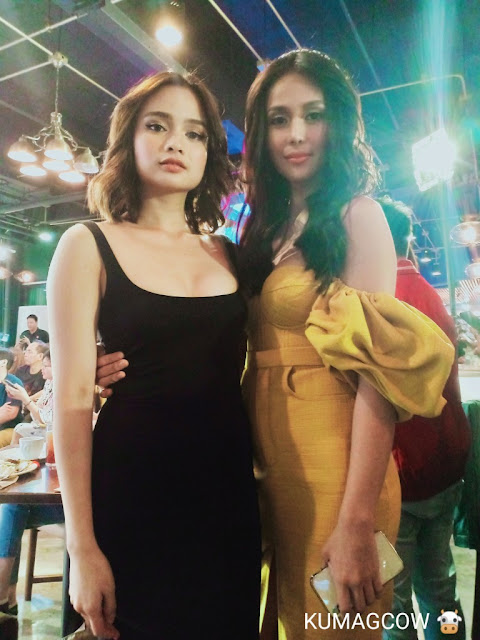 Cindy says “We didn’t show anything not tasteful, but you will understand what we have shown when you watch the film. Come back to us if you feel violated because this is classy, it’s not a bold movie. We want to tell a story. We really had to be in the mountains, I am lucky I am single, I also am trusted by my parents, I think they would be proud and I hope they watch it during the premiere night. This is the new genre, the one with sense, the one with the story. It’s about love and you won’t see or feel bad about it, we didn’t even need additional takes or worry after each take. We would be surprised about the standards of people, we can’t teach people how to love, you just feel it. The experience of doing this is not even awkward, I love Ellen and Marian. Our limitations as people, we went over it.”

Rhen adds “This is for the sake of art. You have to be ready physically and emotionally. Cover shots already required us so much so we did give it all. It was a long process, tons of sessions, before we got here to shoot the film. Walls, issues, they are too high and nobody could understand it. We want to let them know, for them to feel that their story talks about ordinary people who chose to love even as lesbians or any gender/preference. It just so happen it is just about women, but it is about love.”

The film again is under ALIUD Entertainment + ImaginePerSecond and Viva Films and will show November 20, 2019. I suggest wether you’re straight, lgbt+ or anything you can think of, watch it because they’re so proud of this latest project.