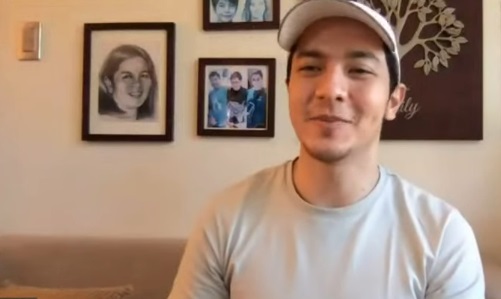 Your boy and Asia's Multimedia Star Alden Richards is about to hold his virtual reality concert entitled "Alden's Reality", a one of a kind online concert where you'll feel you are there with him. I'm a little excited to see how this will pan out because the technology he's using is quite different.

During the blogcon this afternoon, Alden remarks "Yes I've been busy and  yes, I can't wait for December 8. It has nothing to do with my gaming, but I was planning to have a concert in Araneta this January and I thought about the safety of the people watching. I was a bit sad that won't push through, this wasn't in the plans but we didn't find any alternative way to show it to people while maintaining it to be in line with the safety protocols of the government. Of course, your safety is still our priority. We can't do mass gatherings, around March Direk Pao pitched this to me and GMA and they presented it to be a VR concert. Initially, I wasn't so sure about it but direk presented it very well, let's give it a shot! To highlight my 10 years in the industry, I would like to be part of this new technology and new experience as well. I told them, we'll take the risk... because I see it is very promising, so I'll see you on December 8. Direk didn't want me to just sit and do the show, I had to conceptualize, Direk wanted me to be part of it every step of the way. It felt like I had passion to do the production numbers, I felt I had to make it beautiful. (plays with Butchoy his dog)"

"Of course it is very difficult to do everything digital, but we have to produce concerts online. I already have done two concerts and this is very different, aside from the concept, the way we are doing it is not conventional. There are pre recorded contents of the concert and when I saw parts of it the other day, I felt given the current situation, there's a promising platform for concert goers even at the comforts of your home. It's difficult to not be in front of the people you are performing too, but we can't really do much for the safety of people. I just think of them, and the outcome of the performance is not half baked. It's my 10th year and it sparks a milestone for my career."

"Last stream I made was a charity stream for the victims of Typhoon Ulysses, we were able to raise around 200K from that and next week we'll prepare for that. I'm happy we were able to raise that much, my supporters are so good, I'd really like to thank the good people who are really so generous in donating for that cause. I want it to also be the one to prepare it all, my team at AR gaming, will deliver by next week. Tomorrow we will start repacking." 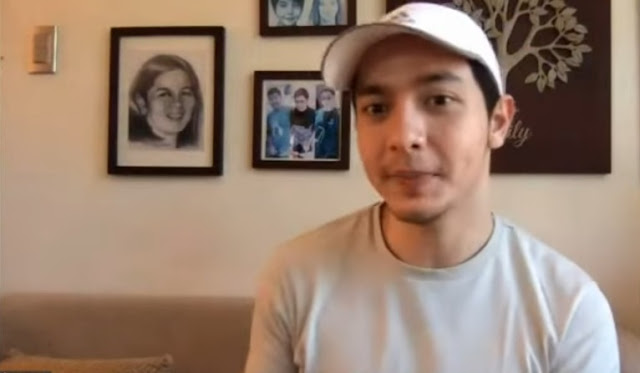 Direk Pao adds "The AR concept was a play on Alden's initials. Just so people don't get confused, we did some creative liberties, it is a show, a 360 degree thing. It was hard to conceptualize it as it is a different medium. This is one of the first things done like this in the country. Other Directors are helping me, everyone knows I'm a live director so with this thing, I sought help from veteran GMA directors. Christian gave me a call a few months ago telling me about the limited resources they have doing online content and it wasn't great, we had to improve this and get a really good platform so people can connect like in a live concert. We are giving an alternative, we had to figure out a way to present these to people stuck at home, to make it feel like Araneta, MOA, the other venues, it would be a nice break from sitting down on a laptop. The audience hopefully will like it."

Alden added "Everything that you will see in the concert will be what I went through in 10 years, the people I meet, that have given me unconditional love and support. My success can't be celebrated with me alone, it is always best shared, I offer this for the people who have supported me more than anything. This is also going to be a first, where I'll be releasing a single where I have to sing and dance, and this is one of my favorites. This new single is going to be just chill, but will be worth your time. I have my heart and mind in that, I never addressed the audience in general, I'll be talking to you when I'll be doing this concert. My single is a collab between Flip Music and GMA Music. I had to think if it is going to be in English and Tagalog, but really it sounded better in English. The title is "Going Crazy" and will be launched on the same date."

He adds "The first time I did something public was during Alakdana, I wasn't a good dancer then but I was a bit confident about singing, the Cebuanos were really very supportive and there's this unknown energy from the audience that felt I had to be at my best, that was a good experience. I have really come so far, before I had so many dreams, I had so many aspirations, because of the support and projects, the recognition, I wanted to go back to that Alden who was dreaming. It is a very different reality and I don't want to let go, it keeps me sane and my feet on the ground. I wouldn't be where I am today without that."

He thanked the Lord God, his Mom, myself for not giving up. He says "If I had let go of this back then I wouldn't be where I am right now, I owe this to people who have supported me all these years."

Alden says "It's on December 8, thank you and I'm very excited, this is a new experience we want to give you. Go get tickets on GMANetwork.com/synergy."

Tickets are still selling hot, almost sold out so if you haven't got a ticket yet, please do and see Alden on his concert.