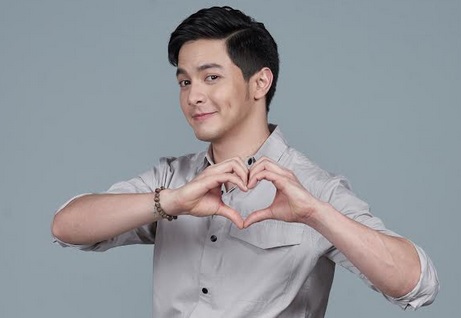 The bae is unfolding another milestone happening this December 8. Promising to be seen worldwide, a first in Philippine entertainment, first of its kind, virtual reality concert. This is called “Alden’s Reality” and no less than Asia’s Multimedia Star Alden Richards promises you this will be a great way to take you with him, in your own virtual date.

This was made with cutting-edge technology and performances are made into a full-length concert where you get to interact with Alden too. Alden is celebrating his 10th anniversary and he mentioned a concert when I interviewed him last year in Enchanted Kingdom.


Things have changed of course with the onslaught of this pandemic and now that that's in the way, this had to happen online. This time he's going to give a couple of rounds of heartfelt songs and adrenaline-filled dance numbers, which surely his fans would appreciate abroad. Yes this will happen worldwide so for those who love him dearly, you should know how to get your own ticket to see the show. 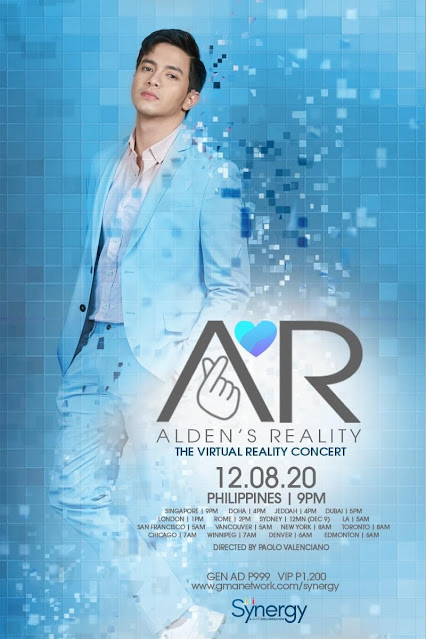 You can log in to www.gmanetwork.com/synergy and purchase special VIP package options (for Philippine based users) at Php 1,200. This already includes one general admission ticket plus one 1 VR device to Alden's Reality concert. You'll love this VR device because it's part of the experience. Make sure you are there promptly before 9 pm come December 8.


Alden’s Reality (AR) is produced by Synergy in collaboration with GMA and directed by Paolo Valenciano. To know more about it, visit theri official website www.gmanetwork.com/synergy and follow GMASynergy on Facebook for more updates.