An Afternoon with Actors from #InfluencersTheSeries 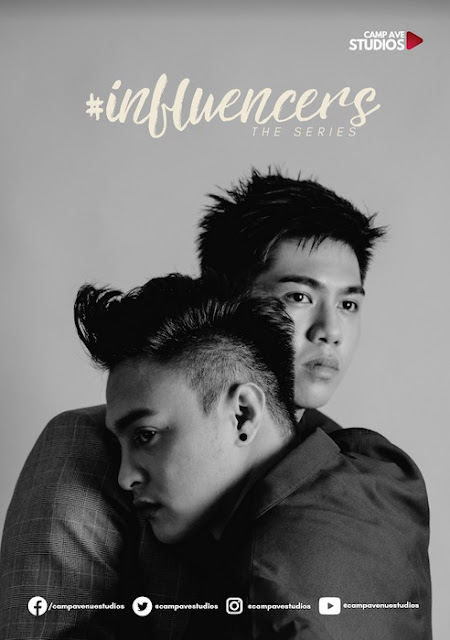 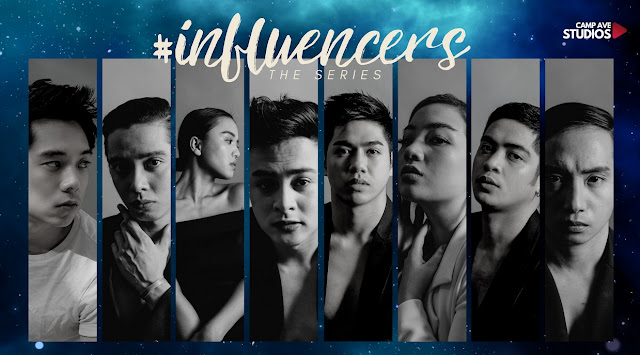 Lead star Leon Eustaquio says "I can assure you, there will be social issues discussed in the series, but not to spoil things we can't talk about that yet. We were messaged by our manager, I was hesitant really, but I was challenged because I love acting, it was just hard to move around because we were limited because of the pandemic. When it comes to forcing influencers to talk on certain issues, they should beg off if they don't know much about it. If they don't want to, let's understand and respect them if they don't want to talk about it."

Director Renz says "What sets this apart from other BL series is that we are going to talk about something that is not talked about. We are doing socio political matters that needs to be heard now. It's not just hearing the different side, but to see how influencers react to these issues. When we started it, we needed to talk about mental health, HIV, cancel culture, bottom shaming, name it all, but in the context of BL. It exciting, actually hard to put together. You need to watch the first episode because it needs to be seen so you can understand it all. We want to speak our truth, we want to talk about the digital spectrum, on how to me a responsible netizen. We open apps, we follow influencers because of what they talk about. We need the truth and reality of our LGBT community, BL is evolving, it has changed and it is good that it can put statements, to say something, we are one with them to give voice. Actually, when you watch the first episode, you will put in your mind that the characters will liken people in real life. It just a coincidence. When we started the production, we were very adamant about pushing our causes. We did our GL series in the past, and we use projects to do that and have representation. We are going to produce these kind of projects so people know what we go through, to tell our truth and predicaments. Back when we did Chasing Sunsets we have had bisexuals, gays, and casting this, we were very critical because they need to understand the role. Given that we are almost finished shooting, I am glad at how they are doing their roles. They are aware of it." 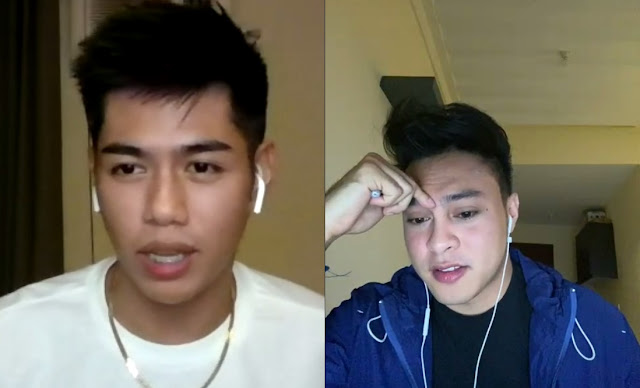 Chollo Sotiangco says "I got this role with the thinking that I'm going to be doing something new. To represent a community, to put myself in their shoes, I wanted to learn about their cause. I enrolled this sem but when I was asked to do acting jobs in a BL series, I took it. When I got this, I knew it was going to be hard to shoot, to go somewhere especially since we are in a pandemic. Fortunately, we followed safety protocols before the shoot and working with them, it was a great experience! I believe people are different, they have different opinions, they have their ways and they have the option to speak about it or not, they have their choice, it's not just because they are influencers they have to talk about certain issues. It's a dangerous thing to put wrong information out there, we all have to be careful, and stick on things that they are knowledgable about and be educated too."

Em Meneses says "On influencers having scandals, first of all, everyone makes mistakes. It's really hard on us all, I am all for expressing their sexuality, but sharing photos and videos without their consent is a crime, they need to be protected especially now when it goes on the internet. It is scary, so data privacy and protection should be done. It's a different story how it goes in media, I hope compassion still is tops. I am sure we were all nervous, I came from a more theater background, totally different from this and we all had to do workshops because we had different approach. It was interesting when we met on set together, I am so happy they figured out our dynamic because we had different backgrounds. We do hear each other out, especially our angles, our motivations and character analysis. We share each others experiences which brings to life more of our characters."

Maz Ezquivel added "I came from TV so it is more on the face, very minmal movement, and we would debate about it all the time... but the good thing about it is that we get to learn from each other, we also share it with the cast and we help each other out."


This project is produced by Camp Avenue Studios and is directed by Renz-Bhil Tugelida. This is written by Stephanie-Rose Quiros and will be shown on Ticketnet platforms. Contact them and follow their social media accounts to know more about their story. I think it is apt to talk about pressing social issues especially if it's about timely ones like LGBTQIA, the SOIGIE Equality Bill, and others. Their cause is quite good, it needs to be heard, it needs to be seen. Their trailer is also going to be launched at 8PM today, I got you so here!