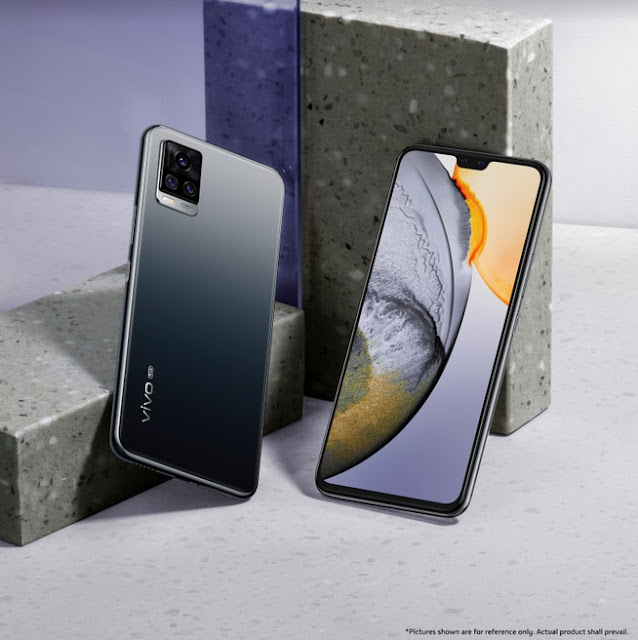 After getting released last October 31, users have been seeing the value of the new Vivo V20 series. The smartphone has been able to impress, with new things being discovered by users after its official launch. It looks like the phone has so much features to play with and yes, these phones pack a pretty huge combo of hardware which current owners adore.

The lovely Vivo V20 and V20 Pro has got a 44MP front cameras. Imagine what that would get when taking your selfies, your images would be huge, details would be crisp and clear. The videos would also become that good, vloggers would find this a refreshing alternative to their huge cameras. It is also convenient to carry around, making you take your workflow at an easy pace but never disregard quality. After uploading them, quality wise, you’ll really stand out, you get to #BeTheFocus and stay ahead of the competition.

It's in the details

Because the Vivo V20 and V20 Pro has a 44MP front camera, that only means that you can have a lot of detail on the images. With this above standard camera sensor, you can get crisp shots and wether photos or videos. You can simply crop if needed, especially if you take photos in crowded areas. If you want to take away unnecessary clutter in a shot, that can be easily done. Aside from that, the selfies have AI Face beauty features, which can make you a little bit better than usual when you have imperfections you want to improve.

It also has Night Scene options so when you do have to take photos in low light conditions, it would be easy to see details. It won't be awkward to take shots in parties or occasions. The phone can also take real 4K videos, which means shooting, editing your vlogs will be a cinch. That would be good for aspiring or professional content creators. The possibilities are endless.

These days, vlogging requires content that need reactions real time. Those reactions channels have sprouted up like mushroom because viewers want real emotions, and if you can catch that on video while taking a video, wouldn't that be awesome? The Vivo V20 series can actually do that. No more editing and putting hours of editing time to sync two videos on top of another. This can record footage from the back and front cameras at the same time. Now I haven't seen that done yet by other phone manufacturers; it's a real refreshing feature for a phone.

Aside from that, the vivo V20 series has the steadiface video feature. It locks on subjects and stays on focus, a thing that vloggers would actually be problematic with. Now you have something to battle those dizzying footages you take when in motion, you can also take slow motion videos with the front camera if you need to. It can take your creative mind places where you've never had with your video cameras, plus imagine the things you can do with that in cinematic shots. That's a whole lot of features for a smartphone.

You can #BeTheFocus with the vivo V20 series. If you want to have them, it’s all available in Lazada and Shopee.  You can also get them at Vivo concept stores nationwide. You can get more information about the phones at vivoglobal.ph. It’s all there!