I was in the TV5 studios this Saturday because of a show I'm taping with a couple of fun stars, and hopefully I'd be able to tell you all about that soon.

I was able to see and hear them laugh and get interviewed next door because TV5 is launching new shows as part of their primetime block. They properly call it Primetime Todo and I loved what I saw there! We were resting in the dressing room when I heard a familiar voice, it was Kris Bernal and she's part of the show "Ate ng Ate Ko". She was invited by APT Entertainment to do this and work with Jake Cuenca, Tonton Gutierrez, Joem Bascon, Kim Last and Phil Noble. She said "When APT Entertainment reached out, I was hesitant at first because it was a different environment. I also questioned myself if I'm doing the right thing but when I read the script, the character was so complex and I knew how acting is my passion and life, I knew then I wanted to do true to life characters on TV. I'll do it! I want to thank TV5 for the warm welcome, I hope my fans would appreciate it. Ate ng Ate Ko will be the strict Ate, the baby sister will be a little complicated, this is about family and love, so watch out for that every Monday night starting this November 23!"

No doubt these are original and exciting content and this is in partnership with CignalTV too as they will be showing this on the Cignal Play App. 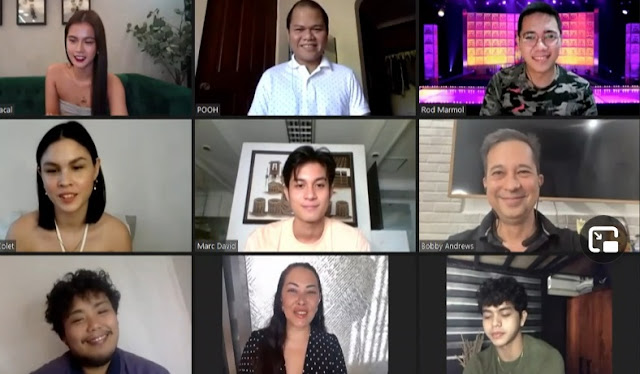 I am eagerly excited about the next one which is STAY IN LOVE which stars Maris Racal, Kokoy De Santos, Pooh, Ruffa Gutierrez, Ashley Colet, Bobby Andrews and is Directed by Ron Marmol and will show Tuesdays. This is a lighthearted romcom, where Maris' character will be struggling in life but hey, why not have love in it right?


Ashley says "I play Vannah, a very tough cookie and daughter of Ms. Ruffa. She has sickness, she has heavy load, which will be unveiled in the coming weeks."

Pooh plays Dencio the strict Mayordomo and you will see if you will love him or hate him in the show. Bobby Andrews is the love interest of Ms. Ruffa, he is also the father of Kokoy in the show. David plays Hero, another love interest of Maris and he might steal her from Kokoy De Santos' character. Ms Ruffa is a little flamboyant, eccentric in this one. Kokoy says "I play Dodong, I only want one thing and it is be swooned by Diding". Maris added "I play Diding and wanted to work in the home of Ms. Ruffa, she is very funny, sometimes serious, she is trying to look for her own path."


Direk says "My Mom is Diding, she had to work hard for my family. I want to make this showcase how colorful their lives are even though they are ordinary people. It has heart, a peek into the lives of rich people who we all thought are well put together, they always need the help of the people around them and that includes household help. Of course I am excited and grateful how this all turned out, we want to show how God blessed us to have an entire show deliver. Kokoy has a different flavor, it plays differently for the character he's playing." 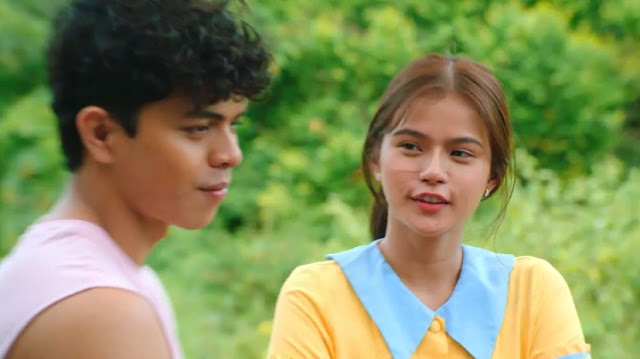 Kokoy says "I think if you expect the kalat that you see in other projects I will give that. I think I might spoil things if I tell you more about him so please make sure you watch the show. This is different because of the circumstances, I have worked with Maris before and this time, it's going to be fun. In terms of prep, I think it is the same. It's not like work for me, if another comes, I will do it and just base my process with the character I'm playing. There will be very nice scenes soon, you will see that in the show. I think there is no difference between doing BL and this, it's the same, it's because of love. Cai knows about this project so I don't think this is a problem, this is just work as usual."

Ms. Ruffa says "I'm thankful for the clothes that I have from Ms. Tessa Prieto. I had to be different because she's so full of life, from a very bad life but succeeded because of her perfume business. She had to do a lot of things to get accepted by the society. Stay in Love and the other shows I'm doing is just a fun set, with them I get to see comedians, more young ones, more matured ones, it's a mix but the work is at ease. There are strict protocols, these are done to make sure everyone is safe. It's psychologically draining to be away from home in like three weeks. You miss your bed, you accept the situation, but what is good is that you get to be close in the set. It's just a happy feeling, because you love your job and you do it for your family. Doing mature roles is just natural, I think it is okay to do Mother roles as I am a real Mom in real life. It's just a role I'm playing. Herbert is a friend, a good friend since back then, I am thankful to have had the opportunity to work in different networks. During this time I have the ability to support my family, my kids." She also announced during the presscon that she is officially single in real life. 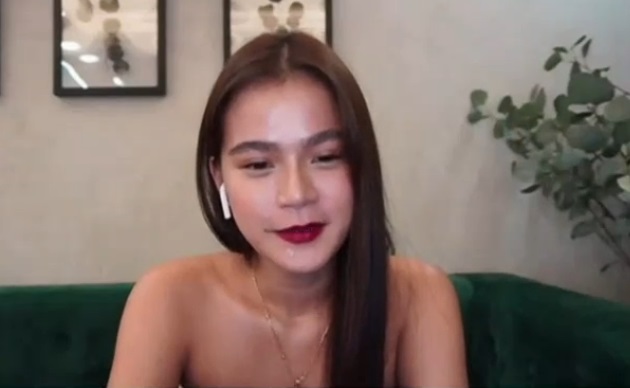 Maris added "I was so happy to learn that I'm working with Kokoy, we were a love team before and I had so much fun back then, and he is like naturally his character in this show. Diding actually has the same personality, but our goals are different. We are just naturally innocent, and I'm from Davao, it's like the same experience. Being a kasambahay is also different because I needed to follow rules in a very strict household."


Stay In Love will start airing next week, on a Tuesday. Primtime Todo also has other shows like Bella Bandida with Ryza Cenon doing action, Kagat ng Dilim which is a horror flick, plus Carpool which is more of a drama/suspense show. You'll have all November to love these shows on the primtime block of TV5, go enjoy Primetime Todo!