The Boy Foretold By The Stars 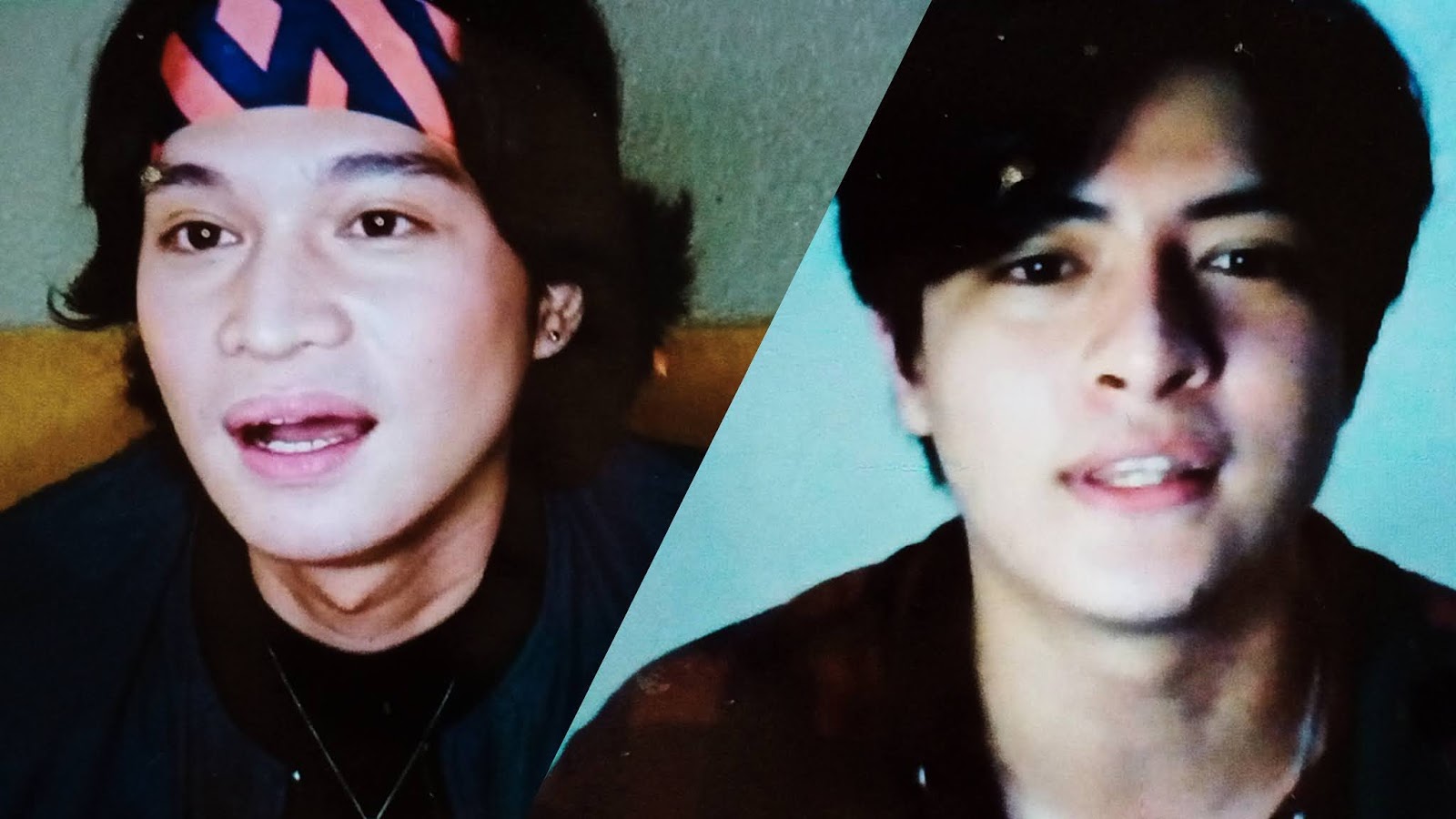 Do you believe in fate? Do you believe in soulmates? Do you believe that somewhere out there, there is someone intended to love you? In some ways, I do.
Those questions are pretty hard to answer. However, I've had the privilege of talking to some really smart people who are trying to tell you a story. It's called "The Boy Foretold By The Stars". This is a Filipino BL film starring Adrian Lindayag and Keann Johnson. We also got to talk to the director of this film Direk Dolly Dulu.
This is quite interesting as it is set in an all boys Catholic school. That alone is quite crazy as a venue for an LGBT themed story (for some), but obviously it happens. One is a straight guy and the other an effeminate boy. 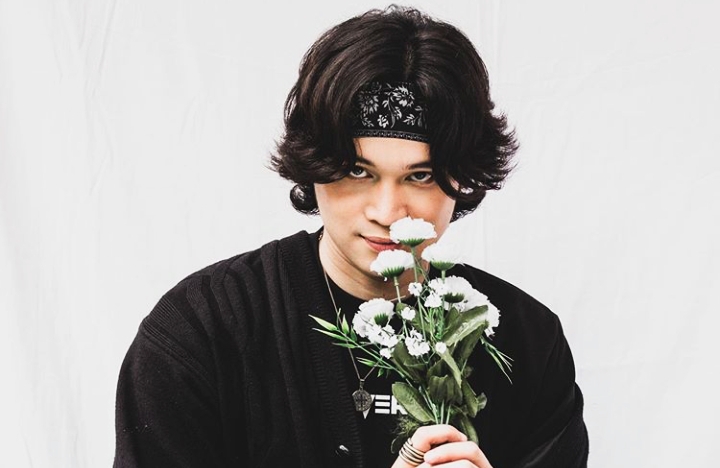 Adrian Lindayag plays Dominic, an honor student, achiever, straight A's and doesn't believe in fate or stars.
He told us about how he got into the film and says "I was invited by a friend who told me his friend wrote a script and told me to audition. I was taping Kadenang Ginto and I asked for permission. Good thing we filmed quite near in ABS CBN. I knew when I read the script that I was Dominic. I worked with Keann already and it was easier because of that. Yes there will be kissing scenes, people should note how good Keann is and I trusted him. I really was feeling kilig when he looks at me. I believe he's a nice person, he listens to me when I have issues, I can be myself when I am with him." 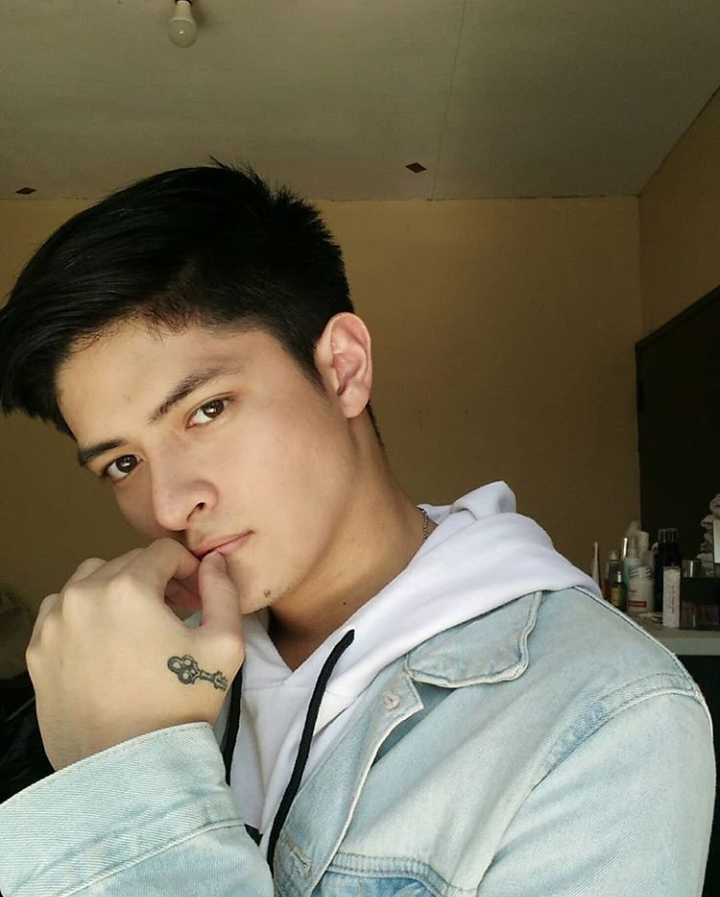 Keann Johnson plays Luke, a jock, sports man, and does everything by flipping a coin. He says "I got this role back then when I was celebrating things with fans. When I learned about it, I knew it was a different role and push my limits. It takes two to tango and I feel if it wasn't him it would feel different. I feel really kilig when he gives me things, no awkwardness whatsoever. It's 2020 and people are very understanding, if I'm going to introduce him to my parents I will be bold to do it. I feel he would always ask about his future soulmate, not just career, he's more into finding love. Honestly, the guy is very open to men or women, maybe a pansexual, I learned no one could tell you who to love, but with all your heart."
Direk Dolly Dulu says "I was waiting for the festival to start but it took too long for Cinefilipino to do screenings. I was a little down because we finished this ahead of time, even ahead of the BL wave in the country, but it just wasn't being shown. Jodi asked me about it and then CineFilipino finally decided that they would do things next year, the material was getting old but now that people are craving for it, we knew we had to do it now. This film was written in 2016 and I'm glad a lot of people trusted us, I am so thankful for that. I took it from personal experience, from a one act play of which I was trying to get over someone, I just changed names. It was formed way before the movie, I had to do it in a higschool setting. The casting was really for Dominic as it required a feminine guy doing it. It was hard to get actors who would just do it, I got a legitimate one. Getting Keann on the other hand was a no brainer because we had to get someone who looks good and was willing to do it. I had to do auditions for his role and had to make sure they jive when they are together."
To give you an even better understanding on why I'm so glad I did this interview, here's what happened during the blog conference, enjoy!
Adrian was a ball of energy, very nice and easy to talk to. He's very articulate, snaps humor into conversation and hella fun. Keann (aside from being extremely good looking) was cerebral, takes nibbles to understand questions thrown at him and gives really smart answers. Even if this was the first time I talked with them, I felt I was amongst friends, which is why I enjoyed this blog conference. I haven't felt that way in a while. I have seen the trailer, and these two are very effective, I'd mistake it is real... which is why I am so excited to watch this on theaters soon (or virtually)!
The Boy Foretold By The Stars is produced by teleserye queen Jodi Sta. Maria under Clever Minds Inc., The Dolly Collection and Brainstormers Lab.
Coming soon!