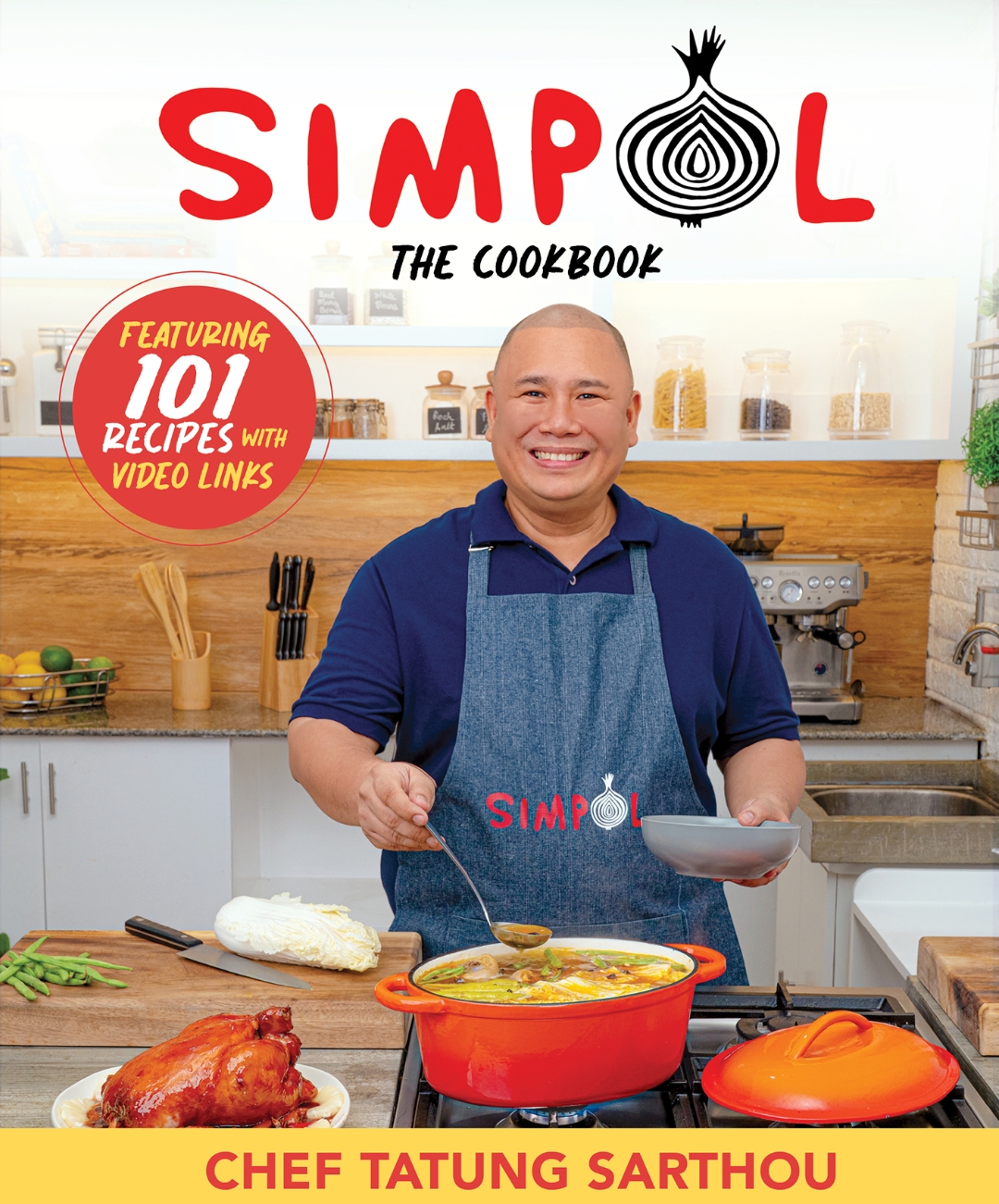 It's a nice afternoon to talk about food and yes, this includes a nice chat with famed Chef Tatung Sarthou. The heavily awarded Chef has been in the industry for years and he's launching a cookbook drawn from his SIMPOL series, food done and made simple with Filipino cuisine in mind. 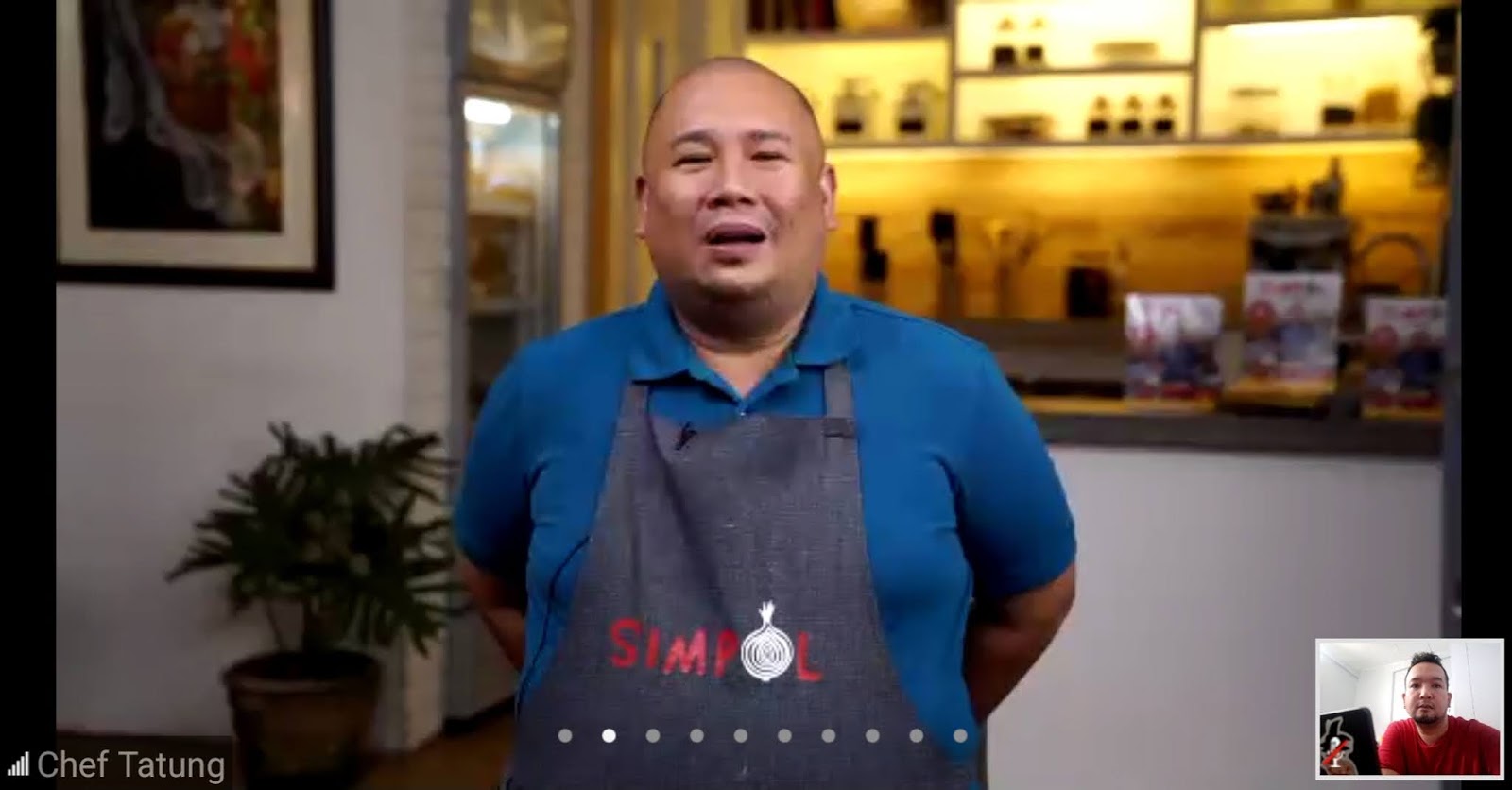 Chef Tatung says "It's such an honor to have you here today and I'm excited about this book called SIMPOL. We've done a really different one and just to give you an idea, growing up, I've been in the kitchen doing a lot of things, making it my own playground. I wanted to do a lot of things but I wasn't able to do them all. My recipes just evolved into doing simple recipes as Filipinos at home started following them. I'm glad they were able to do that, I wanted to do things that are simple, to do it for family, or make home cooking available for commercial purposes. It's fast, even better than existing ones. As long as it makes you happy, that's already good. This cookbook was something that we have been working for over a year. Although we got hacked a little over a year ago and started over a new channel. This is a new SIMPOL, we're trying our luck in social media and it wasn't always easy, we are just persistent and we have grown a lot in the last few months. It has evolved than just a recipe channel. This book is under ABSCBN and they have supported me with this book, and releasing this at this time is just amazing. The recipes will be uploaded over the weekend, if you scan the QR codes you will see the videos too and just follow it so you can link generations with 101 of my favorite recipes so you can cook it at home. We want to make it as SIMPOL as ABC. Even if you haven't cooked at all, you will able to follow these recipes because it was designed for you. We will also be releasing a Baking Simpol cookbook by next year which will be geared for younger audiences. I am so happy that aside from doing this, we will have more travel content, to hopefully have another book in the works. Thank you so much for being here. This will be available on Shopee, Lazada, on bookstores nationwide where ABSCBN publishing is available."
Philippine Cookery: From Heart To Platter won “Best TV Chef Book Outside Europe” by the Gourmand World Cookbook Awards which was held in Yantai, China. The recipes in the new book will have improved versions of the old ones he came out with. 80% of it will be new ones and will be easy to follow. The pandemic meant he had more time to finish the recipes of this book and he's glad to see how people have approached him and said that they have gained business by following his recipes. This year, he will be representing the country again for the same competition.

"I did a dinner and served Filipino food. The access to local ingredients was the challenge really, it differs because we substitute things. Now it becomes authentic as food is becoming more avaialble now. In essence, our food is good, but I realized when I come home I still look for comfort food, we don't have to be apologetic about it. We can do it the way it is done in the Philippines. We need to do it properly and don't care about what others say, more people in the Philippines have to taste our dishes and it's what we need right now, affordable, good food. I want to provide real solutions for Filipinos. I got to make it simple because I am simple, I see the cost of food and there are some recipes I do using local ingredients, it still tastes the same as with what people cook in other countries. My dream wasn't really becoming a Chef, I wanted to become an author growing up. It just fell on my lap and it became a platform to see my calling. Ultimately, I really want to be a teacher. I want to do something significant in my life, for me to be able to do something to change the lives of people I am with. Maybe this is where I'm happy." 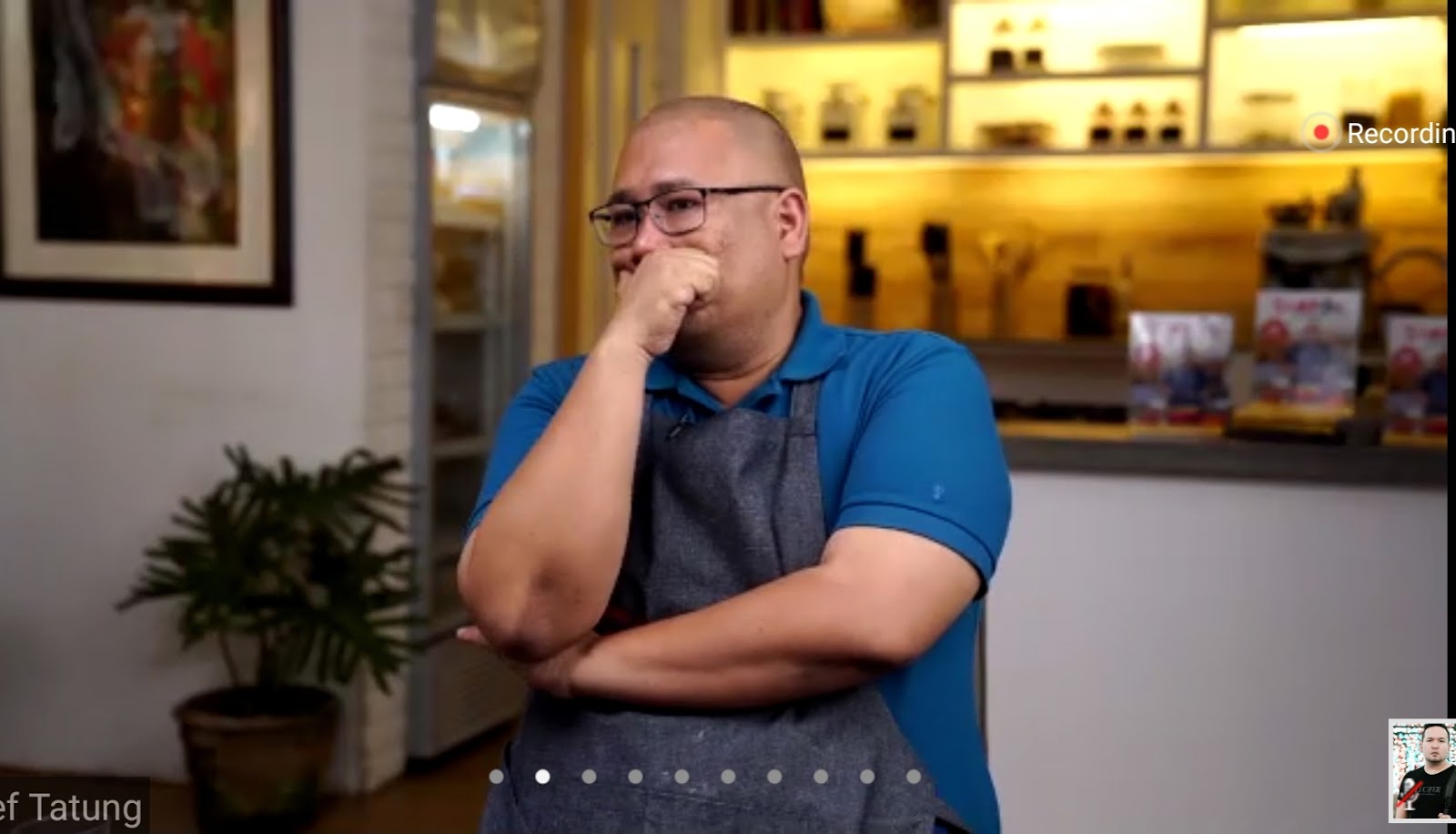 He broke down while speaking to us...

He said "One of the greatest people who helped me was Gina Lopez. She was really the one who helped me when I was starting out, she was the one who saw my talent in doing this. I've always been involved with the farming community. In Botolan, we were doing something not related to this, we were just there and someone offered us to stay there. I offered to teach their staff to cook, the next time the Lopez family is over we'll call you and we didn't take that seriously. They called me one day and I went there to cook lunch, and Gina says "Can you cook for me at home and I hope you can do it for the presidents of several universities in Manila." I was in my rags and she asked me if I had a Chef's uniform. I did that dinner for her and it was a success. I started a relationship with their family, that's where I met them. It started the ball rolling, they got me to start and in just two to three months, my book was out for Madrid Fusion. It won the world gourman awards even if it was against 57 countries. This is why I am a solid Kapamilya."

"Simpol Crispy Pork Belly would be good for beginners. You just fry it til it is golden. You can acheive lechon kawali, it will impress anyone. You can also use it for Kare Kare and assemble it with vegetables. You can also do hardinera. You just mix it and you can have a fancy one on a plate. There are so many dishes that we have in the Philippines and it's a good way of thinking what is essential. It doesn't need to be complicated, you just do it right."
Inspiration

"I think it was my grandmother who is my inspiration. I didn't feel poor when she made things, it was just sauteeing stuff, with water, it looked very fancy but it was just the manner how food is presented. It didn't feel it lacked anything. I think it stemmed because they were born during the war."

"Filipino cooking should never go without Vinegar, Soy Sauce and Fish Sauce. It starts a lot of Filipino dishes, just add on stuff until it becomes a good dish. Garlic Mushroom Chicken, Fried Chicken, Chicken Casserole, Holiday Chicken Hamonado, things that you can serve even on holidays. I'm very proud of that."

"For me, I would like to see the industry to have more Filipino chefs to develop more of our recipes. We need to feed our countrymen, than be blinded by the glitz and glamour of other countries. We need to see what the simple person cooks, and hope looking to that as an opportunity.


"The book is so beautiful, it costs only 350 pesos so it would be accessible to a lot of people. I hope you support us, the advocacy, to see what drives us in what we do and get the message across. Thank you to companies that see what we are trying to acheive. Nutriasia supports us to do that. Also, thank you to our media friends who are also supporting us through the years. Thank you to everyone and good afternoon!"

Again, his book is available now on Shopee and Lazada plus all the bookstores where ABSCBN Publishing is available.