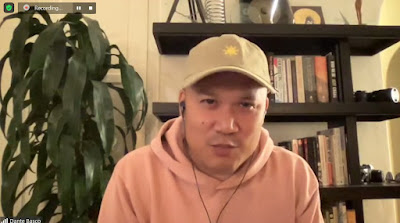 It's a movie about family, like in the Philippines, we see people do fiestas like crazy. Even without enough money, we see em borrow money just so we could see a full table and afford to feed guests in the hopes they wouldn't be headlines of chismosas telling other people you were a horrible host the next day. Same goes for weddings, which the Fabulous Filipino Brothers Dayo, David, Duke and Danny Boy's story start. Solenn Heussaff looked gorgeous on this film, she plays a lawyer, a lost love that Duke finally found and reconnected with. Cameos from Tirso Cruz III, and appearances personifying lovers and crazy fights will be included so make sure to pay attention to the script. You will also see spaghetti, lumpia, turon, kutsinta and siopao in different ways. In a nutshell, this is movie is problematic on so many levels, cute at times, funny, endearing, romantic, Filipino with lots of heart. 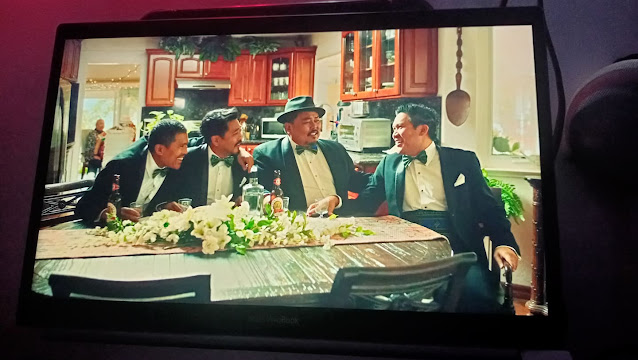 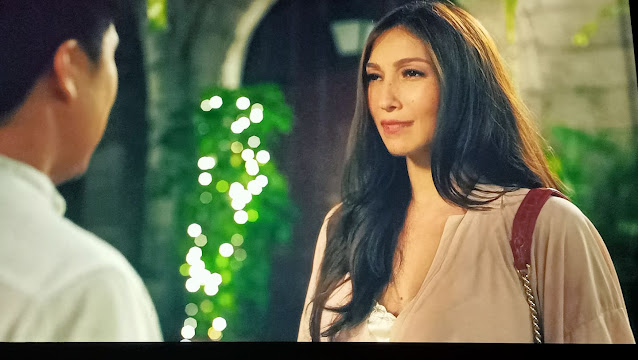 This is the directorial debut of Dante Basco and he says "You know it's perfect to do this with my brothers and sister. It became a family affair, although fictional, there's homage to the past. We started as actors and I've seen them their whole careers, every small role they played, I've been there as a brother and as a fan. To direct them in this movie, it has led us to make this movie. Worldwide, we're in a pioneering time in Asian media. We're in the height of our profile here in Hollywood and people are looking for Asian stories. There's so much great story telling that is going on, we're part of that. It's something we hoped that would happen, I don't know, it's a whole nother thing. Solenn is beautiful, charming, between action and cut, you just had to look at her and talk. We got to know each other a bit, to fall in love with her was not hard to do. It's one of the perks of the job, she's incredibly professional. She was definitely the first pick, we discussed a few options, but she was on top of the list. It's very important that Filipinos watch this film, I made it for us for a reason. There's so many years in my career that I played scenes, as an actor I am blessed with rich culture, be a chameleon, be connected, I'm Filipino and proud of it, it's time to represent as Filipinos and not as different cultures, it's personal to me, to my family, my community, places where I'm from. I hope everyone else can see themselves in us, that's what I hope. I wanna bring some more of the Philippines actors and come here, there's so many great ones I wanna work with in the Philippines."

Ms. Isabel Santillan of Cignal Entertainment says "We're open for pitches from our Kababayan abroad. They don't have to fly here, we have a lot of need in content and they can do it virtually."

Jeff Remigio FVP of TV5 International says "The movie depicts the nature of Filipinos, the best traits, character, we're fun loving, we're resilient and courageous. It's very important for all of us, it shows our struggles, we reflect, we're doing okay as far as Asian community is concerned. There's a lot of stories in our past lives, we've done happy and failed marriages, plight of OFW's, hardships of the Filipino, but there's still so many stories to tell, we're writing much of it everyday. We're going to look at our story, break barriers like what Korea did it. For now, we want people to watch it on Cignal Pay Per View, for now we want to concentrate on that."

It's a Filipino family's story, go watch it on Cignal Pay Per View and just look for the title The Fabulous Filipino Brothers. Pretty good stuff!