VICE GANDA's Vax Ganda A Dose of Laughter Concert in the US a Success! 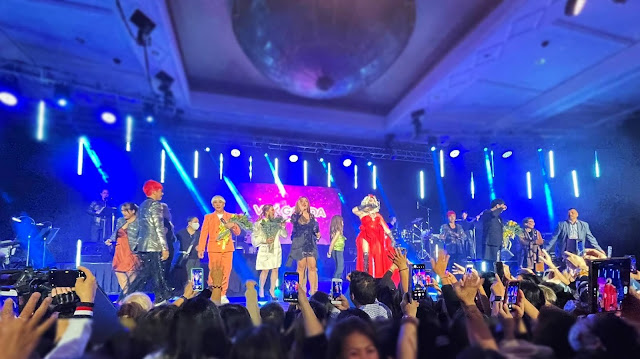 Two whole days of fun and laughter happened at Pechanga Resort in Temecula California in the US as the unkabogable Vice Ganda held a concert entitled "VAX GANDA: A Dose of Laughter". As a matter of fact, it got sold out quite fast that even when we were writing about it a few months ago, only the second day had available seats. We couldn't blame Kapamilyas in the US because as you know, Vice Ganda is just the dose of laughter they needed after restrictions eased in their side of the world.

Fans eagerly awaited the different designs and costumes she wore. Aside from that, they also got to listen to Vice really play around with the pandemic concept with songs, dance numbers, their guests Angeline Quinto and Vice's usual cohorts in skits MC and Lassie. Everyone was ecstatic and had so much fun during the concert and the meet and greet that happened later on in the day. I think we're going to see a repeat of this in other places in the world so stay tuned!

This trip also marked the anniversary of Vice and Ion who's currently on their third year to forever. Make sure you also catch Vice Ganda's vlogs on YouTube because both Vice and Ion have uploaded their shopping and tour activities for everyone to see. It's also trending on YouTube too.

Vice Ganda proved once again that the Filipino is world class. With performances like these being brought to the US and elsewhere in the world, I'm sure it'll be appreciated even more in the coming years more so as businesses slowly open once again.

/*Photos on this article are not mine, all rights belong to Team Vice Ganda PH on Twitter.