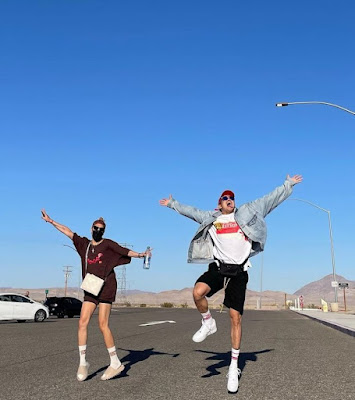 It's been almost a month of no Vice Ganda seen in the set of It's Showtime and honestly, I could really see how the madlang people have missed him a lot. Vice's humor, snappy replies to mothers in the ReiNanay portion was particularly missed especially when it became an opportunity for him to learn and analyze their life stories.

I could just imagine how it'll be best to see him also do funny stuff with the judges since talented funny mom Melai Cantiveros joined the panel plus Ogie's perfect persona would be a ball of fun to make short stories with too. Anyway, she's probably going back soon after her highly successful sold out concert in the US. She was also able to produce vlog episodes of her shopping trips and food adventures while talking to ordinary folks in Hollywood/LA area. Vice also took time out and walked Hollywood's famous walk of fame and bonded with Ion since it's also their third anniversary. Needless to say, she really got recognized not only by Filipino fans but Americans who got to watch her on YouTube or TFC.

Seeing the success of the concert in California might actually spark either a tour in other countries or perhaps Filipino communities elsewhere. What I'm quite sure of now is that, Vice is heavily missed in the "It's Showtime!" studios and if she comes back, it'll be better family viewing for everyone on ABSCBN's Jeepney TV, A2Z and on digital. Hopefully she's gotten enough sleep and rest so she can come make everyone laugh again in live episodes. Fans and ponies surely miss you.