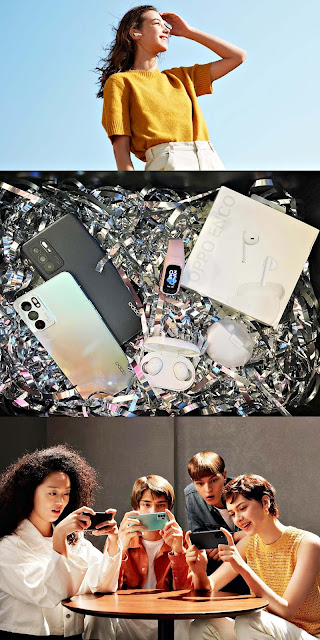 The holidays are coming and you're looking for a gift to give that special someone but don't know where to start, well here's guide we can give you especially for people who are into tech, your boyfriends included.

Check what he's into. If he's into gaming, social media, robotics, try and see what he often carries around when you're in a date, or when you hangout in his house, see what things he's into especially when you've been comfortable enough to spend overnight in his room, see where he geeks out on and take note. That would probably be a good place to start.

Look out for deals. Now, there are a lot of brands out there but see who's giving out a lot of discounts of freebies before you decide on what to buy. Take your own sweet time to compare with others if the specs make sense with what your boyfriend needs because it would be sad if it weren't an upgrade especially if he's good at MOBA and FPS games.

If you've chosen a specific model and brand, start watching reviews. YouTube has a lot of first hand experience documented. So whether you're choosing a phone, pc build, tech bloggers probably had them before it came out in the market. It's a good thing brands let vloggers borrow stuff from them so you don't have to second guess, just listen to the reputable ones that doesn't seem like they're pitching it to you like a salesman.

OPPO has some mean ones like the OPPO Reno6 Z5G and the OPPO Reno6 5G. They're fondly called Portrait Master because of the way it takes portrait shots which would be perfect if you're into selfies, or taking photos of loved ones. It also has Boke Flare Portrait, Portrait Beautification and AI so you can take those social media photos you're posting to another level. You have more reason to brag about him, or him to brag about you and look good in shots, why not right?


OPPO has specials on your favorite shopping apps and I heard, they're taking 40 percent off on iot devices like the Enco Buds, Brand, Enco Air, Enco X and their smartphones from the A and Reno series. They've also giving away free Smart Watches when you get the Reno6 so really, that's a pretty good deal right there. It only will last until October 3 though, you've got to see them at the oppo.com/ph site if you want to get one today. Follow their social channels too (search OPPO Philippines on Facebook) because they announce their offers there too.
Not even kidding.