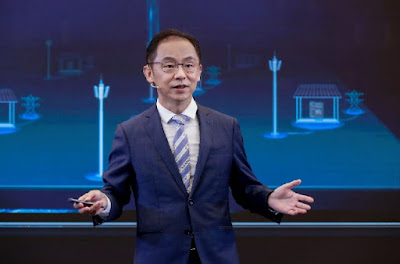 In the recent Global Mobile Broadband Forum, Huawei's Executive Director and President of Carrier Business Group discussed Green 5G Networks for a Low-Carbon Future. In it, he reiterated how the technology would spur growth especially with the increase in data traffic. Harnessing innovation in the way it consumes energy should also be done in technologies involved in power supply, distribution, of its use and how it is managed. It should perform at a higher degree but have lower energy consumption over all. In a sense, it's an effort to build more green 5G networks.

The problem currently is that there's small penetration of it in countries and they won't see its returns and value if it ain't utilized by a greater number of people. According to him, 5G drives rapid growth of mobile data traffic and at the rate that it is going now, energy consumption will be ten times higher if switching to it doesn't happen. They have a range of products that addresses this including iSolar power supplies. It will lessen dependencies on fossil fuel. He also mentioned that this has been utilized in over 100 countries, slowly inching their way to put green efforts in everything they do. Quite noble if it gets traction. It'll be nice to see things realized especially the green results they want to happen even before that year.

You may check huawei.com for more information about this.