Things You Can Do At Home To Relieve Stress 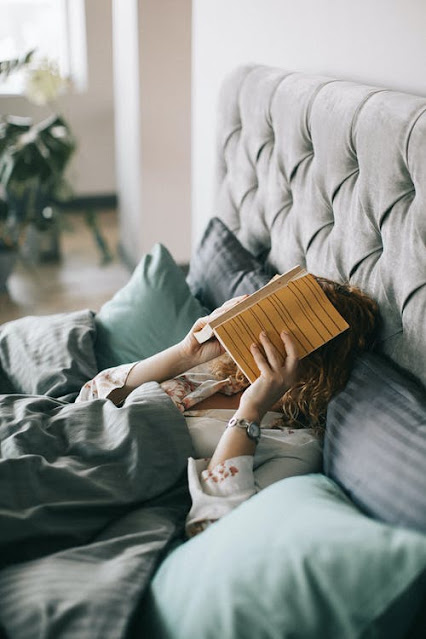 I know how stressful it is these days, because honestly, I've gone through it. It wasn't because work was done at home, but more so because of the uncertainty of the times... it just made me anxious in the general part of it. I know there are tons of people out there that are feeling the same, and social media wasn't really much of help because it became a lot crowded when people became stuck at home.

So aside from the pandemic, we're dealing with stress... and that ain't a healthy combination. We really haven't dealt with it 100 percent, but what do you do when it happens? When you feel the world is against you? I'm suggesting you do a few things that helped me during these times.

Nope, it's not like you want to drown yourself with more stress of work. It's like, learning a new thing. In my case, it was editing videos and learning a new programming language like Python. I'm a geek, so I kinda go into like a mush when doing something that I've never done before. For you it could be cooking, a new business, something that you could showcase yourself later on, make it beneficial. Imagine what your resume would like if you knew a lot of things, I didn't even have to go to a University to learn that, YouTube was enough. There are also a lot of other resources on the internet that need to be consumed. Just wear those blue light protecting glasses so your eyes won't get tired or dry.

I've had sleepless nights, and I know a lot of people do too because they still react to my Facebook posts at 3am. Music was a savior especially those in special playlists that I curate or simply search for on social media. Aside from that, I've learned the healing wonders of ambient renders like rainy evenings in New York, Los Angeles, Japan, Moscow, or simply white noise on YouTube that got me to sleep quite fast. I thought it was just mumbo jumbo, but really... it did wonders because I could sleep in minutes.

I've had the notion that hot showers were really not a good thing especially in a tropical country like the Philippines. If you have heater installed or maybe have a tub, make your bath experiences special by taking out the scented candles given to you as gifts two years ago (nah I'm joking haha), some tea lights, flowers, spread it around your bathroom, and just soak in it. If it's a shower, and you have hot water, just let it flow on you for a few minutes (don't land it on your scalp you might get panot haha). Take out the loofah, sponge, or scrub and make sure the soap you use is equally relaxing. There's a new one called Safeguard Detox. Like you, we're used to the germ free action that their soap has. This one is for deep cleansing of the pores, and to strip away bacteria, germs, dirt overall.

Stay at home, take a shower (especially for those who haven't taken a bath for days lol)... but not stress okay?! :)