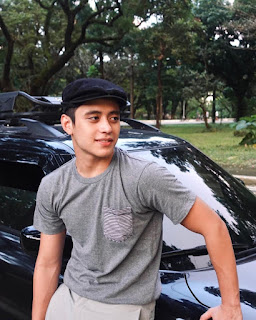 The young and talented Kelvin Miranda has become a really remarkable leading man in GMA's stable. Recently, he did so good in the May-December love affair series called Stories From The Heart: Loving Miss Bridgette with the one and only Beauty Gonzales, wherein he did a remarkable job.

Aside from these notable roles he's been doing, he also just launched a new single under GMA Records called "Slow Dance". This single is an original song written by Jomari Jintalan and produced by Paulo Agduelo. Kelvin says "This song is for those who haven't experienced doing it. For me, it's like taking it easy, slowing down which I dedicate to my fans. I am thankful because I've been given an opportunity by GMA. The role I did with Ms. Beauty was well worth it, I think I've given it justice because it's a great collaboration between my Director, the people there and me. I often ask questions, I want to relate to people who are in the same situation so I can make the character realistic. The song I released is like telling a story, I liken it to what I want to do when I have a relationship. I really relate with the first line, if you have to decide, have trouble, you just take it easy. It's an ode to those who are hopeful. I think I've changed a lot, I have more confidence now. I still have moments when I do need a lot of that, but it's manageable. I just have to balance what opportunities come to me. I don't think it would be up to me if I changed, maybe other people would be able to say that. I've had relationships before, but right now I am single, I still have a lot to prove to myself. I often get a little out of focus when I'm in a relationship." 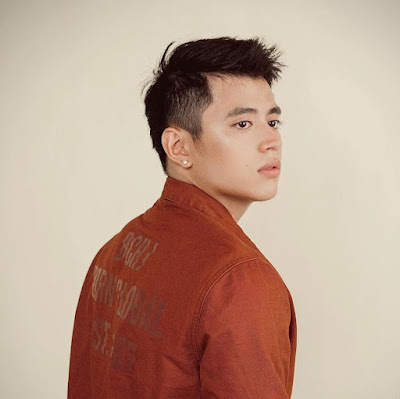 Here's his interview on video, enjoy!

The single "Slow Dance" is now out on streaming platforms here around the world. It placed second on iTunes charts in the Philippines when it first came out, you can also see the official music video on YouTube if you're up to it. Congratulations Kelvin! You're going places!