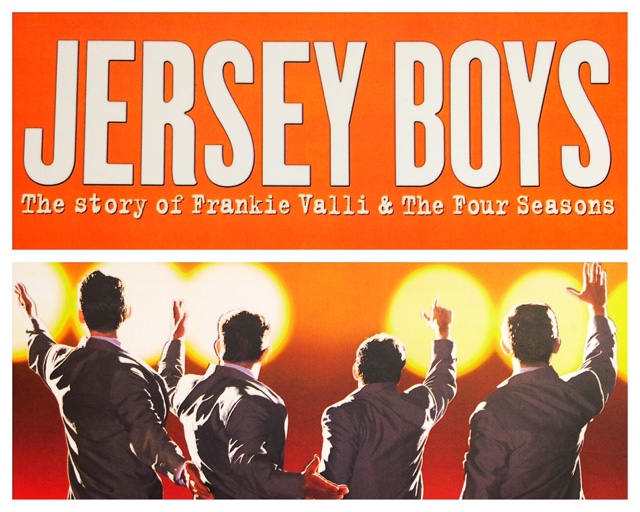 I was one of the few kids who got tortured with the music of Frankie Valli and The Four Seasons. My dad used all the sound system he could muster pretty much when I was in inception up to the time I was working graveyards when I still had a blue collared job. Not that I didn't like it, but my Dad did this almost every day even if people were still sleeping or tired from work. It's his picker upper, the generation which he says even pre dated The Beatles in their hey days.

I've grown to listen to them by force but turned out to have imparted me a LOT about the music back then. It gave me a piece of history, the nostalgia, I kinda learned to understand my Dad like the same fanaticism I have now with Eraserheads and the little annoying disconnect I get with the millenials when I tell them stories about them.

But enough about me, this time Atlantis Theatrical Entertainment Group is bringing the Tony, Olivier and Grammy Award winning musical production the Jersey Boys to Manila. 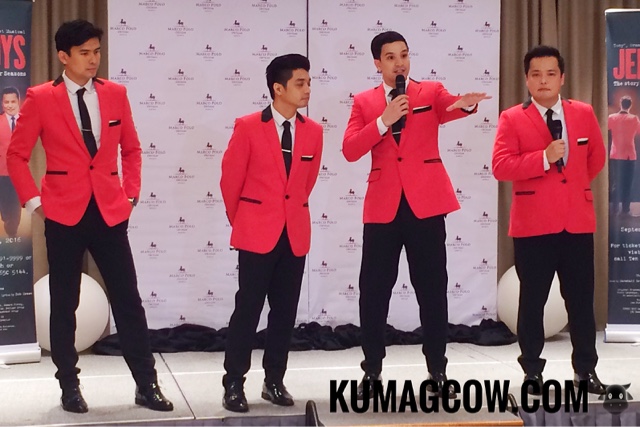 Christian Bautista says "We had to research a LOT and didn't just depend on what's written on the script. Some of these guys were interviewed on video and you can still read certain things about how a song was made, the whole thought process and even how it saved their lives. Pressure? This is still running in Broadway, and this is the first time in Asia. You're going to sing, dance and stand up when you watch the show."

Nino Alejandro adds "We have to respect who they are and what they want to accomplish in their lives because these all happened in the past. We have to make the scenes believable, as these are true stories." 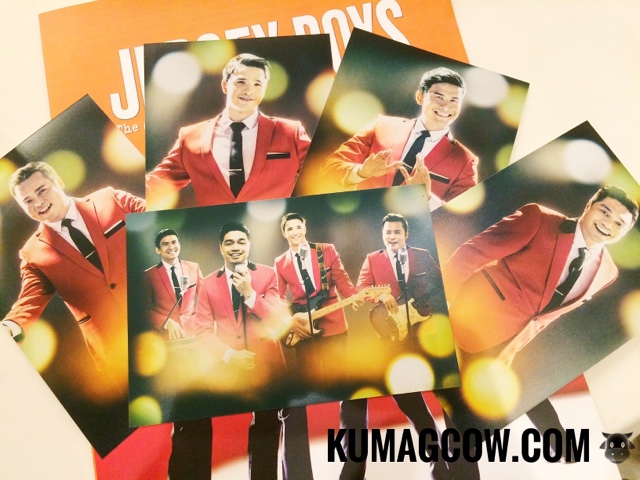 Markki Stroem "We had accent tapes to listen to and trained ourselves with mints in our mouths so we can do it. It's the iconic part, the character creation was a fun process. Watch the movies and you get to create your own interpretation without veering away from the spirit.

Nyoy Volante says "Franky Valli's voice is iconic and the group had him sing this way, it's hard to know it from his fans and the pressure not to be like it puts ton of pressure and we have a story to tell. The message of the show is good and we're doing the it for the first time in Asia. You can't top that!"

For tickets, you may visit www.ticketworld.com.ph or call Ten Bridges Media Corporation at (02) 6505144. Jersey Boys will tell you about the story of Franky Valli and The Four Seasons and why it's been one of the most watched and longest running show in Broadway history.