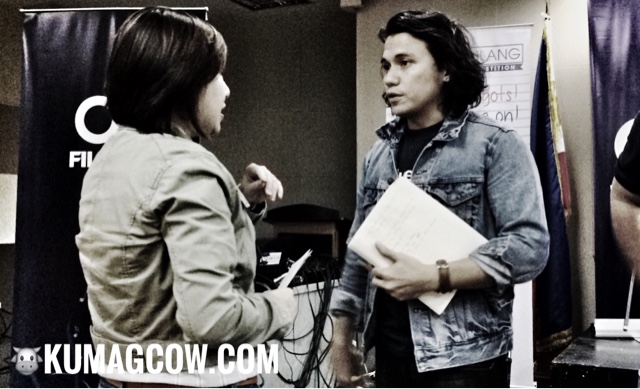 I could feel Yael Yuzon was a little nervous when he went up the elevator and even said it was like his first day of school when we did Pioneer and FILSCAP's Campus Caravan and Music Writing Workshop today at University of Santo Tomas. They just did the one in University of the Philippines with Rico Blanco and this time, Thomasians are up for a great afternoon of learning (the writing part) and of course playing music. 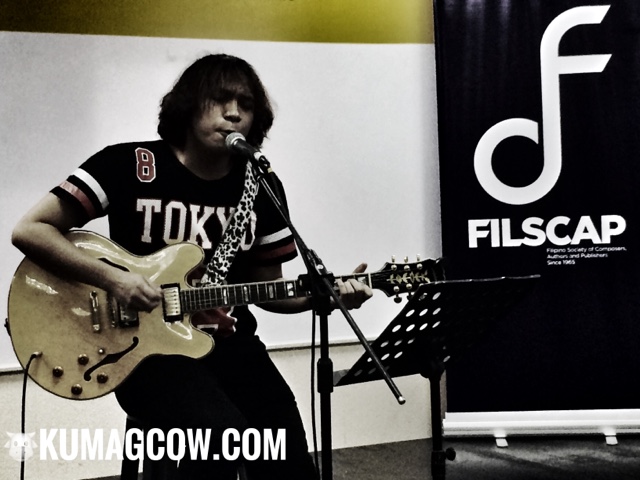 Some Tigers went out and played a couple songs before the workshop proper started, which was quite amusing because it looked like they already have music learned to begin with. 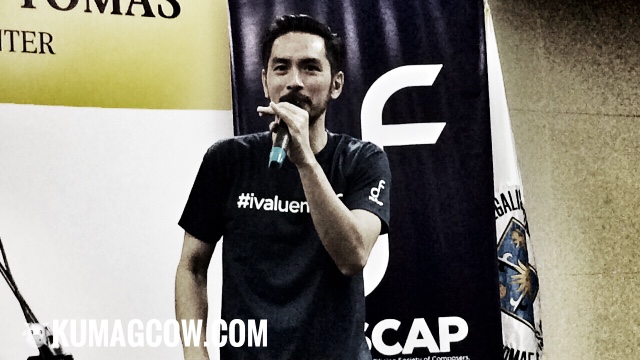 Rico Blanco was there too to explain what FILSCAP was doing and their thrust is to try and go all over the country and teach or inspire soon to be writers. He also introduced Yael Yuzon for this leg's speaker. 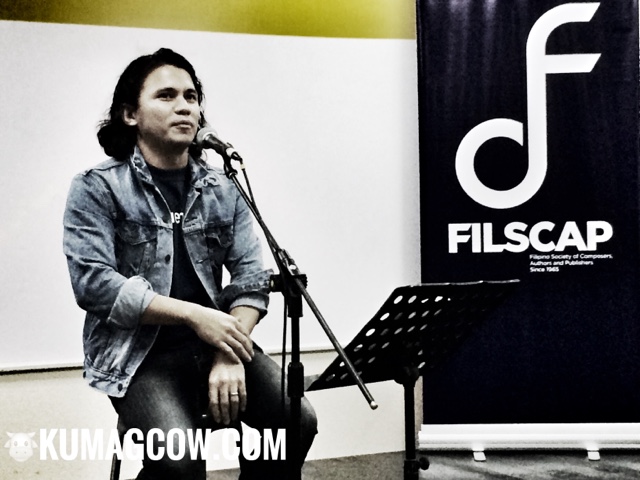 Yael had a knack of rambling so he tried to put up some bullet points to talk about while he was doing the workshop. He also told the story of how he wrote some of his hits like "Makapiling Ka" which stemmed from longing for his Mom who was a Flight Attendant and had to work and not come back for several days. He also connects music appreciation to comparing songs like Gangnam Style and Hotel California, to relationships and how to take care of it, then goes on and proves his point about production of easy songs with just a few chords, break them into different ways to do it so it won't be branded as the same as an existing one. He says it's not a problem because you can do it in a million different tempos and it would already different. He encourages to read books, watch films, in different languages, watch plays, as what you see would only be the thing that you could give back to the art. He adds "The power resides where the people believe. There's no bad idea if you do things with your process. There are a lot of variables when you are making a song." 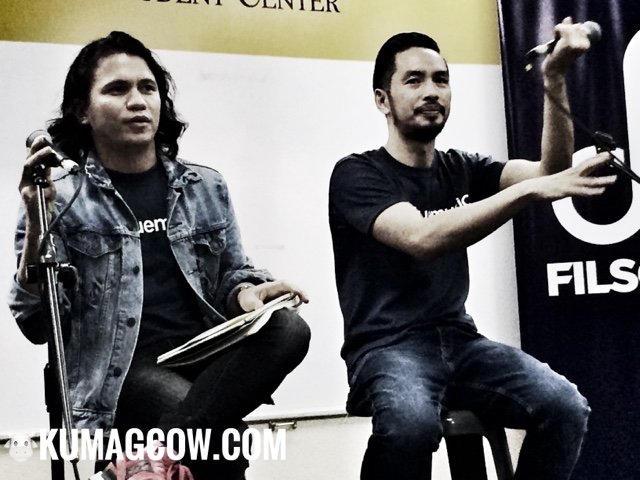 "Songs don't actually have to be finished at all, because that's an opportunity to team up with another artist. If you can't finish it, set it aside and work on new ones. Either that or just finish it even when it's ugly. It's important to have closure, in any craft or skill it's hard on the first try and move on. Don't be so pressured because the good news is you can make a new one. Not all songwriters make good songs. It should be real and natural, like if you see it too polished people in Youtube would find it not good. But you can write a lot of songs, that's the good news. Orignality touches on the survival of mankind, we learn that by experiencing it. We understand, we share the information and communicate it. A lot of people are doing it but you can do it your way with your own songs, we are all unique. What will be original is the perspective. Filipino music can be anything. Insanity is doing the same thing over and over and expecting a different result. Just challenge yourself and maintain your excitement because you were knowing the relationship of it, you go from guitar to piano even if you don't know it, just play and pick up stuff from other people." Rico Blanco adds. 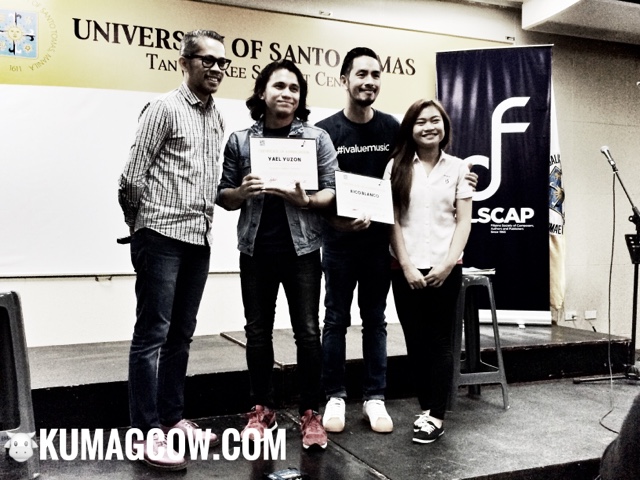 It'a nice to see students were REALLY enthusiastic about this whole thing. If you see how their faces would light up after getting their questions answered by these artists, you'll get a sense that the future is bright for the Philippine music industry. I'm a songwriter too, it kinda made sense on some instances for me even if I'm not a music major, and for these guys who are into it, I think they just need more inspiration because there are no rules in music, measurements perhaps but it won't have to be something that would be forced on your throat . I'm sure they've given enough mojo to these students and might give them more reasons to join the songwriting competition at www.moveonlang.ph (visit the website to know the fine print). You too can do that. You can win as much as Php 100,000 in cash for the grand prize.