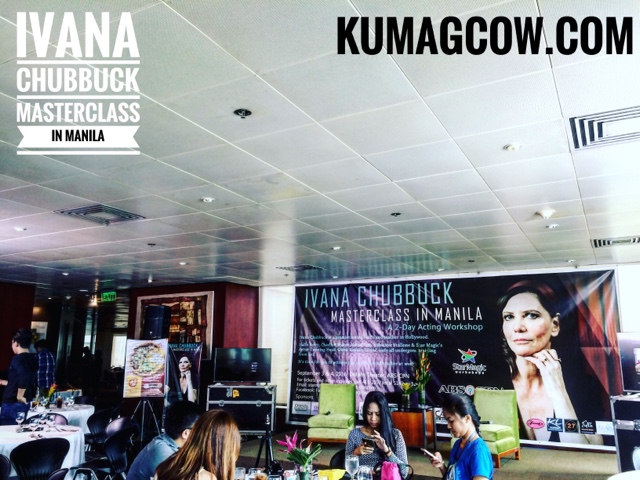 Are you still trying to find yourself? Is there still something you want to improve your acting? Script analysis? Picking your character from point A to Z? She's going to help you figure it out, she's Ivana Chubbuck. 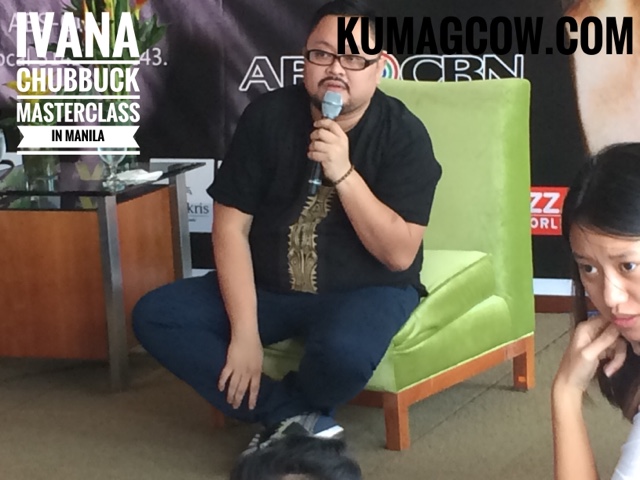 Direk Ryan Carlos was just reading her book and said he was going to be able to  use this in the Star Magic class. It's an intensive workshop on her masterclass thrice a week, criticque Hollywood stars and later on applied it on Star Magic talents, making actors here improve a lot. She's taught Jared Leto, David Ayer who did Suicide Squad, making Sylvester Stallone win a Golden Globe too. 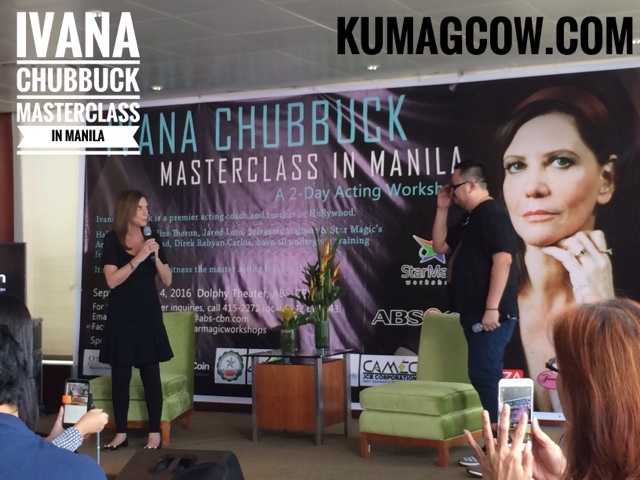 This is my second time being here, I feel greatful for this opportunity. It was life changing to be here the last time. She has worked with Piolo Pascual, Sam Milby, Jake Cuenca, what she's come to find is that there are also some cultural differences but finds they have the same fear.  She adds "The fear of being misunderstood, being alone, but we're human beings and we are connected. It allows the workd to see through the arts and see that we have the same thing going on, there should be no bigotry and through it be equal in the arts. We have the opportunity to see that we are all the same. I studied behavioral science and not acting, we're recreating everything into having a technique of acting, directing and a legacy that is for people to know we are one and the same. It allows people to be hopeful and subliminally let them know that we are not alone. Knowing that you can change your chances, take the pain and use it to overcome and win. It feels good to also do it in your life. The Chubbuck technique is what circumstances what we need to change, overcome these issues and live it authentic enough so people believe you. In Hollywood, they want the best actor, you gotta study, you can't go to a doctor when they don't know the job. It's not done, great actors go back to study and never stop. Stallone at 69 learned again, that's what get you to win a Goldeb Globe, get new found respect and taking risks that you can do it and not because of your ethnicity." 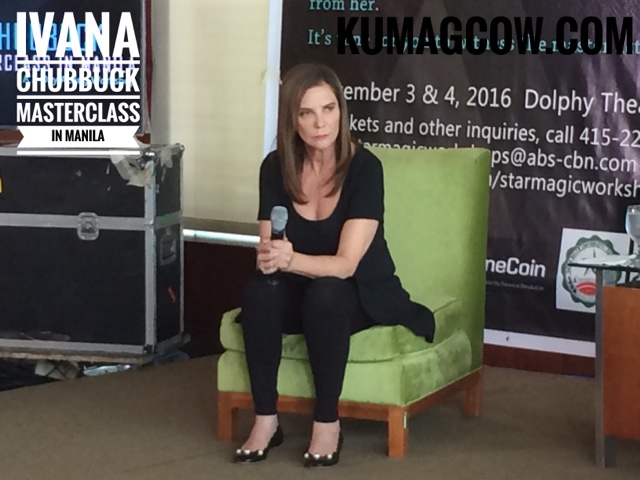 "Beyonce didn't really want to act, she's an iconic singer and uses the Chubbuck Technique in women empowerment songs especially in the Obama inauguration. She's different and it's power, show the audience, it's the Power of the Actor and that's the reason why there's POWER on the title and that's not an accident. The technique is about Human Behavior, it can work on TV, in movies, in theater and if I could walk away in this planet and inspire one person, change their lives, I have been successful. I feel people's pain, I get into it and sometimes we try not to be personal but Beyonce in 10 miniutes came crying when we thought she wouldn't open up. I worked 7 days a week and travel all over the world, it's not about being a Hollywood star but making a connection and friendship, a soul connection, there's a sense of pride like having children go to a recital. Family is accomplishing something, you're just proud of that."

Be an observer in Ivana Chubbuck's Masterclass in Manila by calling ABSCBN Star Magic Workshops at 4152272 local 5142 or 5243, or email them at starmagicworkshops@abs-cbn.com or Facebook.com/starmagicworkshops.