The Manila Staging of Jersey Boys: The Story of Frankie Valli and The Four Seasons 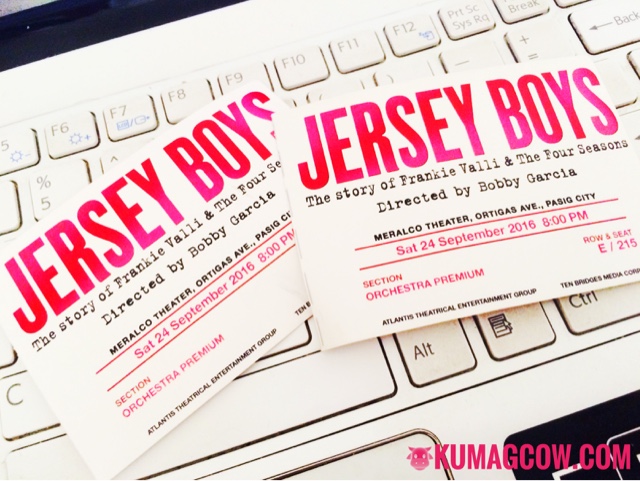 I just watched The Jersey Boys, the story of Frankie Valli and the Four Seasons in Meralco Theater this evening. Now I didn't really expect too much because this is after all the first staging in Asia and the deal is, my Dad wasn't too keen on watching it either (he's the biggest fan in the family but begged off last minute). So I went with my Mom and watched the show, I was thinking I had to lower my expectations since this is a staging in Manila, but really, I was wrong to even think of that. The show was actually good, better than I've even thought it would be. This staging of the Atlantis Theatrical Entertainment Group was a peek to the lives of entertainment artists, Italian immigrants who have had an VERY colorful life. It was more on the business side of things that they discussed most, a few scenes talked about their marriages, relationships, and the first act had us at the edge of our seats with Markky Stroem's portrayal of Tommy De Vito in a tight knit with loan sharks and all. It was a struggle to keep themselves in business as they had to switch to real life versus getting in jail regularly. It's a tiring facade they

The second act was pleasing, like a bunch of realizations put together. There are some patches in choreography that might have looked good if it were more in sync but it's negligible. I felt during this second act, it was Frankie Valli coming out of his shell. His failed relationships, his not so good friends and the debt he's gone into, it was sort of showed the reason why they didn't get to the top faster as they should. You'll also get to feel his small triumphs, the small hopes that turned into reality. Then you'll fall deep into his sad stories and see what made him broken later on in his career. 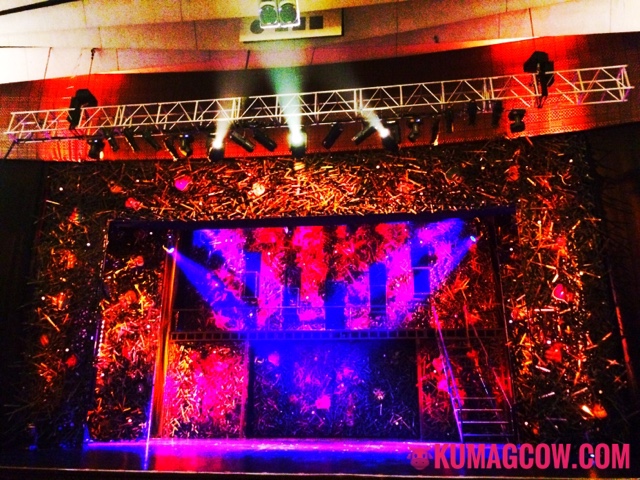 I don't want to spoil it for you guys and gals. Thing is when I went up the tickets area before the show and asked a couple of ladies about how nice the show was, none of them answered back. I'd do the same for you but... okay, if you're a little oblivious to the music or not much heard of what they've sung in the past decades it would be a little hard for you to appreciate it especially the first act. But if you're like me who grew up in a household of musicians and music lovers, then you'll REALLY love it. Kudos to Nino Alejandro, Markki Stroem, Christian Bautista and Nyoy Volante for doing a good job on this musical. Although Christian might need to improve a little on making his character a little more "Jersey" and BIG for the stage, his singing was still world class. I want to commend Nyoy for making this portrayal of Frankie Valli believable from start to end, that must have been VERY hard and would need BIG dedication.

For those who would want to watch the show, tickets are still available for the next two weeks, You can purchase them online at ticketworld.com.ph. I thought I won't like it, but it turned out I personally loved it! You will too!