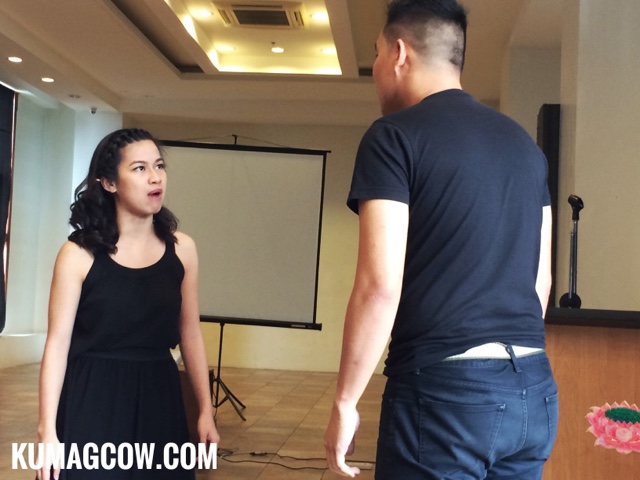 I'm not a hardcore Shakespear fan nor am I a religious watcher of plays. The last one I watched was El Fili in PETA Theater a couple of months back. This is a different company and as Artistic Director Nanding Josef says "We found and institution and individual who would help us pursue our dreams for the Filipino artists. We have scholars in the room, of which study performing arts and are taken cared of by this institution. We are commemorating the 400th deat anniversary of Shakespear and we are doing this in part because of that. There are a lot of shows featuring Shakespearian plays but I think he's got a universal message on love, on assertion of rights, and virtues that are all wordly." 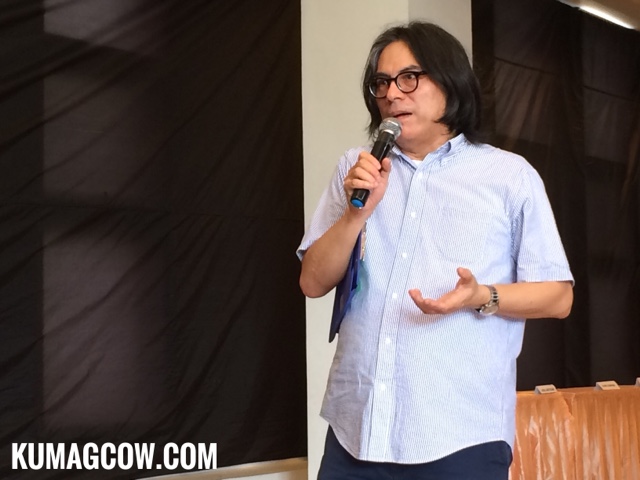 Carlos Siguion Reyna adds "I was nervous and among Shakespear's plays I felt I had connection with the other ones because it had powerplay and power trip materials, but this has magic and stuff which I felt is also an opportunity to do it. It's been a joy doing it, I hope we can do justice and feel that in the production. I haven't seen one in the Philippines but I read the material and I felt interested is when order becomes conflicted, when passion gets chaotic, it becomes an interesting thing and we hope to put that out. It's dark but we have a lot of material, some crazy stuff and kicks a patriarchal court of issues right from the start. Through all of these, the painful things is that it's all love, falling in and out of love and the traditional forces of order and those who want to explore more. That's what we want to pull up from the production, it's magic, it's comedy, it's romance. You'll get to see a scene in the woods today and there are fairys, all sorts of animals. I am also looking at the structure of the fairy and the Athens court, I think especially with the four lovers it's going to be a bit hard. She falls in love with a guy not approved with the Father and comes into conflict with spells and situations which both can be funny and frightening." 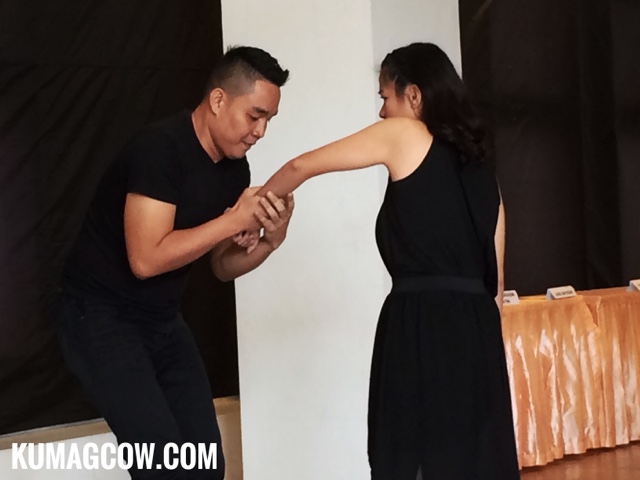 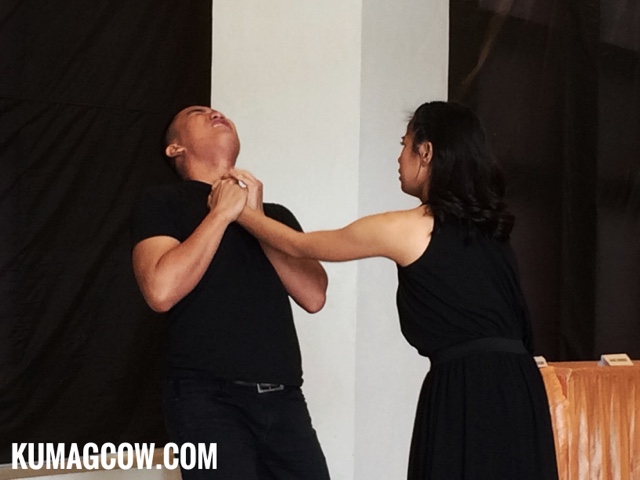 It felt weird seeing a love quarrel in full Filipino language. The medium is a bit deep, and using it for an old English play was a little unnatural because it was too passionate for its form, until I heard them do the more oligarchial scenes in English. It's a way for people to decipher authority, the power they were trying to imply earlier. That makes sense. 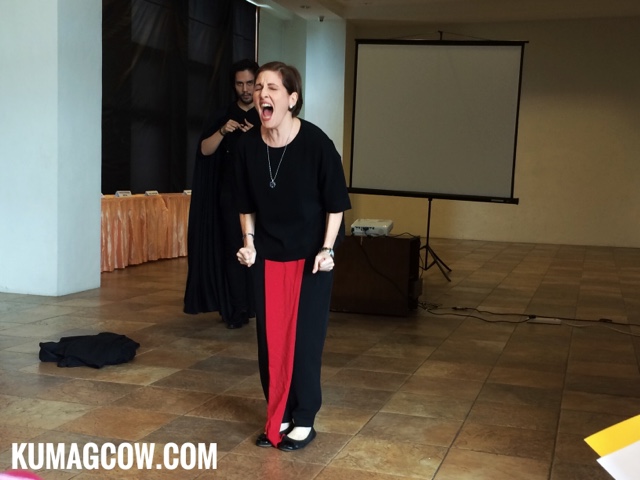 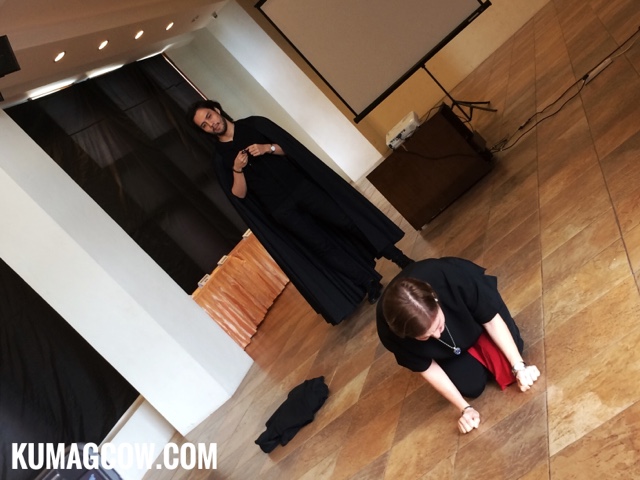 Seasoned actors Rafa Siguion Reyna and Ms. Jackie Lou Blanco are part of the ensemble cast. Tanghalang Pilipino actually have some of the best and judging from the looks of it, this is going to be great. Ms. Jackie quips "I really wanted to do it and I couldn't say no to Tata Nanding. I haven't been able to work with Direk nor have I done anything Shakespear. I'm really glad I joined the company, I'm really excited! I hope you invite your friends and family to watch it." 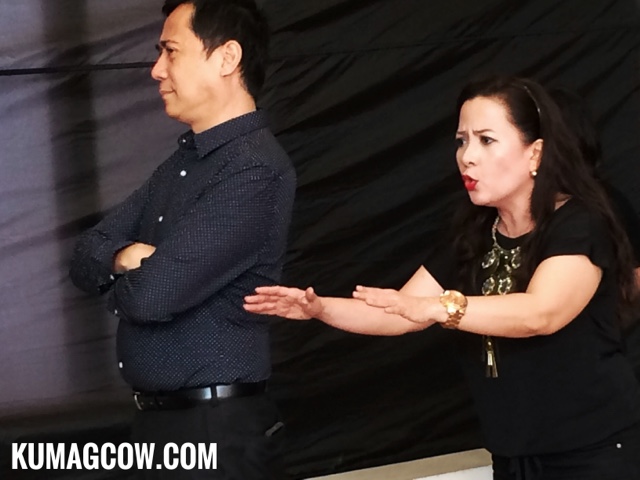 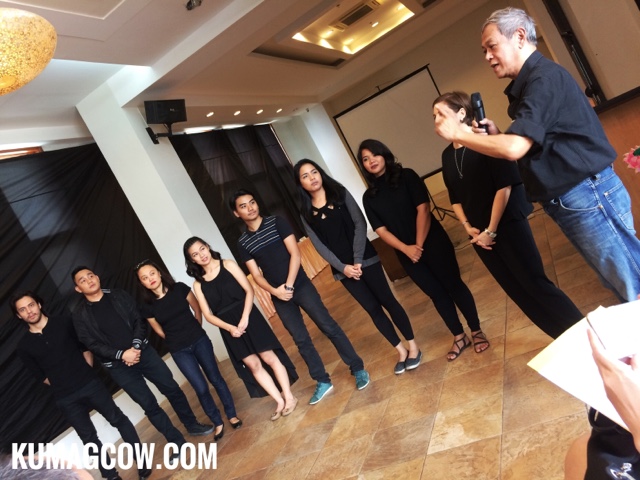 Tanghalang Joseng Batute will be it's home for the duration of the production. "Pangarap Sa Isang Gabi Ng Gitnang Tag-Araw" (a reimagined Midsummer Nights Dream by Shakespear) will be shown on a three weekend limted run from September 30 to October 16, 2016. This is produced by Tanghalang Pilipino Actors Company.