The "My Rebound Girl" Blogcon 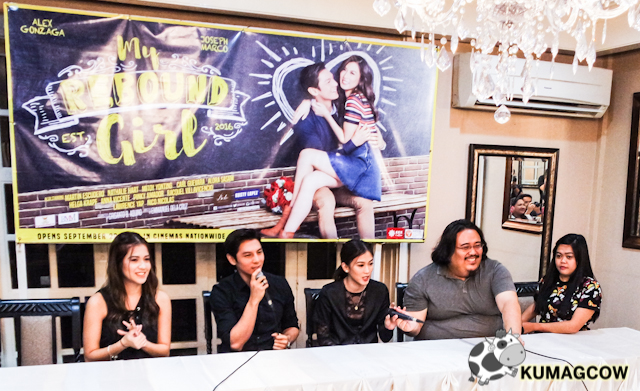 I've been to the red carpet premier a few days ago, but let me tell you about the blog conference that we had with the stars of My Rebound Girl first. For starters, a rebound is not just a basketball term. The analogy though is quite similar because if you fall in love with a person who has just broken up with another one, then suffer the consequences of being left because that person still loves the ex, then by all means ladies and gentlemen, you are the REBOUND. That would hurt under normal circumstances. And yes the character of Alex Gonzaga has unfortunately undergone that. Not only once, but A LOT of times. The last one though looked like Joseph Marco. Now with a cup of coffee, he tries and ask for a second chance. Would a perfect blend be enough?

Alex says "Direk has already worked with my sister in the past, and when this was given to me I forgot his real name and now as a mainstream director, I figured out he's so meticulous in the script, I knew it was going to be a great project. I've learned to break rules but we learn things as we go. I have experienced this myself, with being a rebound, I expected that they have unfinished business and later you'll feel used. You'll waste time and moments together, you'll compete, and be down, a man that really loves you would never compete with another woman. I even asked to help him court her again but I was already crying. I felt so stupid back then. We all have our limits, until we don't learn or get tired, you'll continue to do it. The character discusses the limits and for me, we don't have to wait and lose the game. I remember our bed scene, it was where you'll see both sides of our pain and since we needed each other we had to make it work. You'll have to see it if it did work. Joseph and I wanted to do this but never had the opportunity, and this came as a blessing. Our schedules suddenly fit, it's not just his body but his heart as an actor. We can pretend and do things we don't want to do but the willingness should be there, it goes through a phase and we need to introduce all those secrets and dreams with them to get that intimacy for keeps." 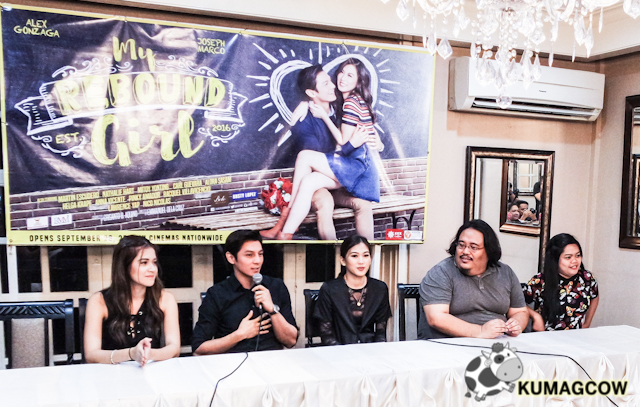 Joseph Marco adds "I saw Direk in the workshop and I knew we were going to be in good terms. I wished that in every scene I would be able to do my best in one take. I would glady want him to be my Director if ever I had one in the future. We had 7-8 scenes shot in Baguio for two days. He's very open to opinions, and he asks what we would do in certain scenes. I haven't been involved nor been a rebound but I'm hopeful that I don't end up like one. With Alex and I, I think we mutually agreed that we don't want to force things. We told ourselves that we have to also work and it would be awkward if it didn't work out. What I like about her is that she's a cowboy, she's no fuss, and what you see is what you get. She eats in small stores and didn't even hesitate to ask me for money. We also did a scene in the coffee plantation and stepped on coffee beans but had bugs in them, it was so good on the reel. It helped make the scene a bit better. I've been wanting to work with her thanks to Regal I got to see how willing and comfortable with the scenes we're doing." 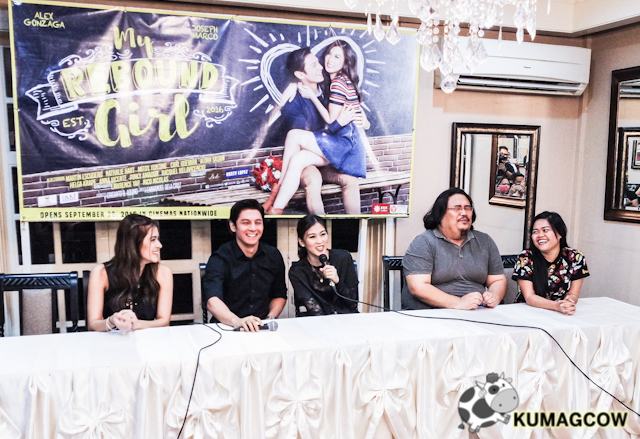 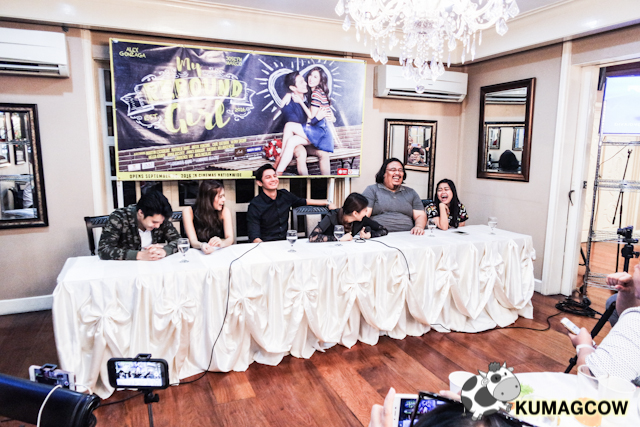 Direk Emmanuel Dela Cruz says "This story is a bit hard, we were looking at the young generation and how they mix in the things in their lives. In a craft coffee shop, we saw this as a place to stir in the story. She saw the love in her family grow, change and come together to look at themselves. She's finding the perfect mix, the perfect person, that's the feels of this movie. I'm so lucky to have a cast that's equally perfectionists as me. If we needed to fix things, I wanted them to have the chance to do it. It looks like a million bucks even if we only shot it in 14 days. The coffee farm scenes are really shot in the actual location, we didn't give up because they are very dedicated. We tested the "formidability" (if there's such a word!) of the cast and they've done that in simple scenes and do punchlines that make you think. It's important to do proper characterization and you'll remember them because they too have that attitude of helping me reach that same goal. We have gone through other scenes and made really remarkable ones because of the elements of nature and as long as we help each other, you'll feel it even more. You'll see a new Sakura plantation in the movie that will be soon a tourist spot. You'll love it!" 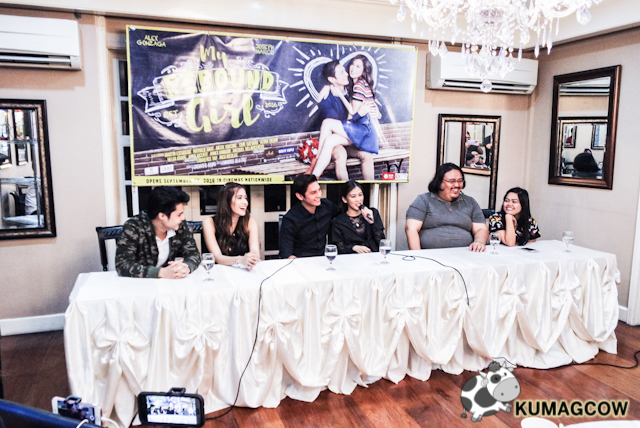 "I'm here as Liz, the younger sister of Joseph Marco. I could relate because I am the youngest in the family. He thought I was a foreigner but we hit it off on the second day."

Alora Samsam says "I'm here as Christine, someone who would slap some good advice in relationships. I think I was the one with more experience. I've broken all the rules, you choose your battles but even if I'm NBSB, I've chased guys a lot. My character is funny but a bit more natural. We see to it that it's not over the top because she is the cousin and there should be a connection between the two."

Nico Nicolas says "See if they moved on, see if they don't love that person anymore because there will always be other girls out there. You just need to present yourself right, it's all about time, test everything first and see if she pursues you even if it takes time."


As for the movie, I actually really liked it. It was around 2 hours, but it'll show you romance, a little drama and just the right amount of comedy. Watch it today on 100 theaters nationwide!

https://www.facebook.com/regalfilms
Posted by John Bueno at 1:29 AM