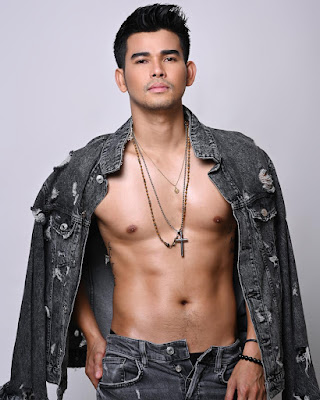 Leo Consul is making waves again in Indonesia. The man who hosted in Eat Bulaga's Indonesian franchise is now doing acting roles. He is part of Terpaksa Menikahi (Forced Marriage) and Love Story. He's also gone doing movies in our ASEAN neighbor. Aside from that, he just released a song this year entitled "NO PUEDO".

Leo Consul is a native of Bolinao Pangasinan and he pursued a career as an English teacher in an international school in Indonesia. His passion being in the entertainment industry was really a calling, he started doing auditions and made the cut.

He says "It took me a couple of years to learn Bahasa. I had to learn it fast because of Eat Bulaga Indonesia. English wasn't widely use, it takes a while but I understand everything now. Before I did the series, I just had a few sessions. I learned theatre from school. I also watched Korean dramas, which it was patterned from. I did shows, which I also hosted. I have also been given shows wherein I didn't have to auditioned anymore because they trusted me with what I do. I tried to join around 2007, I used to host a travelling show in a regional ABSCBN show. I also auditioned for Starstruck, Pinoy Dream Academy. Honestly speaking, when I came to Indonesia, I was really appreciated, but it worked out in the end... because I was probably meant to be here at first. If I didn't get opportunities in the Philippines, I was lucky to be in in Indonesia. I do get compared with Piolo and Inigo Pascual, and I am honored when people tell me that."

Ladies, he's single... and says "Yes we just broke up, we couldn't cope with the distance. What helped me a lot was doing the series, I just focused on it and everything was good. I hope the next one is the serious one, I'm not getting any younger anymore and I hope we have the same goals, and not that complicated anymore."

If you want to see his work, go stream his single NO PUEDO in streaming sites worldwide. You can also see his music video on YouTube today. He's raring to have his own Filipino career and with Cornerstone by his side, it'll be possible.