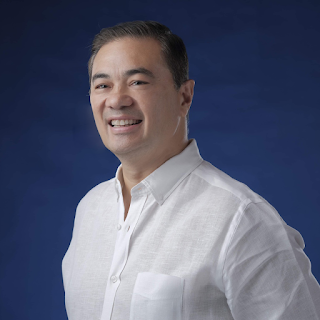 Former Congressman for the 1st District of Makati Monsour del Rosario is running for Senate this 2022. In a recent voter education forum organized with Rotary District 3830, the Taekwondo Champ moved to file stronger policies to benefit our new heroes, the medical frontliners who faced the troubles of the pandemic til now. He quips, a lot of health workers choose to leave the country for a better life. Exemplifying their role during these hard times, he wants to improve their benefits, standardize and increase their salaries.

Monsour Del Rosario says "When I was young, nationalism has been embedded in me and I've had a few terms in public service. I've been exposed to problems in the grassroots, even in sports and movies. I saw what people need, Congress was a big picture, I figured I could do more in the lower house and people told me that I would lose my identity in public service. I went around before I decided to run, I saw how I can contribute and serve in a national scale. I threw the towel and asked them if I can perform as a leader in the Senate. Asking some people in the position, they told me they need the senate hall filled with men of integrity, who loves the country and people, they say I can competently do the job because they know I was always fighting for something bigger. Most people know me as an actor because the reach of the shows and movies I've been in is nationwide. My experience as an athlete, sports leader, councilor and congress bids my kind as a new perspective, something that people are looking for because I love my country. I think I can make a difference."

He adds "I believe our healthcare workers are heroes. This pandemic has opened the eyes of so many people, that they have been so important especially during this pandemic. I would want to file a bill that would get their benefits and salaries be standardized, also have the same benefits as PWD's, Senior Citizens, also with their family. I know so many professionals who have undergone training different fields but have done so good in public service. We have seen in the country that some who don't actually tell honestly that they can't. The challenge is there, and I am ready for it."

Needless to say, I was impressed how he wasn't like the run of the mill politician who would read off papers about what he wanted to say. He came across knowledgeable, confident, paid close attention to the cause he wants to further rally for. The opportunity to serve in a national scale is something that he'd want to do and rightfully so, because his eagerness to be of service to a sector that's done a remarkable lot of men and women in the healthcare industry deserve it. If you would want to know more about his work, visit his official site https://monsourdelrosario.com or his social channels.