Singing From The Heart: Jhoerge Normandia 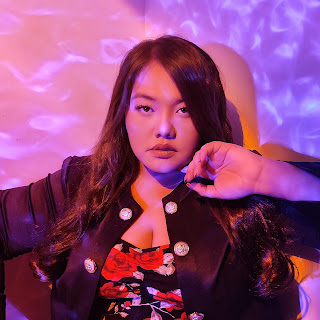 A lovely, heart-wrenching, heavy ballad just came out, sang by the very talented Jhoerge Normandia. The song "Pinili Niyang Mahalin Ka" (She Chose to Love You) under music publishing company KDR Music House. This is produced, mixed and mastered by Adonis Tabanda who's a Musical Director, Songwriter, Arranger, Producer that's done several songs for powerful OPM artists in the country.

Jhoerge just put her heart on her sleeve as this was made from her experience. She also made sure the emotions come out of the song as she internalizes it first before actually recording. "It's dramatic, this is my pain, I'm channeling my feelings through this song. When I was younger, I remember my Mom do standards and jazz tracks back in the 80's. I used to mimic her and began singing around 14. I used to do backup singing and started doing show bands after a year. I also began doing performances on live-streams using different platforms, but I feel this is my purpose. My single "Pinili Niyang Mahalin Ka" is about someone who's going through a rough patch, separation, that messes her up hence the song."

She adds "This is also about anger, pain, giving up, a painful instance and how we'd recover from it. I use these emotions to write songs. It's also about love in general."

If you're interested about her music, go stream today on Spotify, iTunes, Amazon Music and other platforms. She's all there!