If you're on Twitter, it's a really good sounding board for what you're thinking. It's a pretty good place to practice your freedoms and even brands like Pepsi are on it. This 2020 might have proven difficult for almost all of us but during that time, they were the only brand that's not tech related to be one of the most Tweeted Brands of the year. I've witnessed that personally when they launched much of their campaigns including #PepsiHitSaSarap together with their brand ambassadors KathNiel, SB19, Mimiyuuuh and Ricci Rivero. They did it with less advertising resources as they concentrated on cultural relevance, the community, and what's been talked about during those specific times.

Pepsi also listens to the audience, responds to those that fell and be heard as relevant. They know what you want, and give it to you.They also had KPOP be paid attention with especially with Blackpink and SB19. Their ambassadors also inspire people, and amplify what they want to put out there. They deserve every bit of success in the social channels they are in. 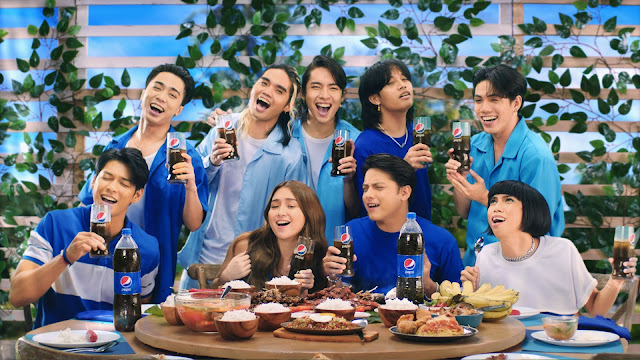 Each time you see one of these guys and gals know that they're people who represent their brand and have reached you telling Pepsi's story.