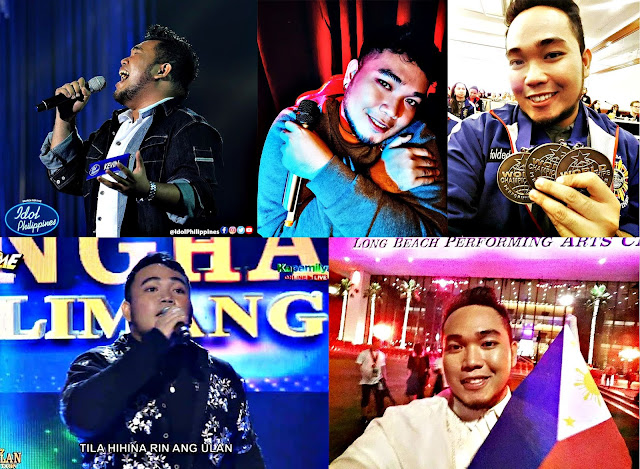 The Philippines has no shortage in talented singers- I know, we're kinda feared in some contests outside the country. I can't blame them, I think we've got something in the water that ain't found anywhere else in the world.

Meet Kevin Hermogenes, an international champ by any standards, but like ordinary joes, he too struggled with his confidence, appearance, a lot of things that troubled him before he started his singing career. Singing felt like torture for him because every time he had to come up the stage, he becomes instantly nervous. It was much debilitating, but was glad he got the help from people who matter most, his family. Albeit his mom is his biggest critic, he knew then that it was done to improve himself, like teaching the ropes before he would muster enough strength to perform.


He says "Mom may have been a stage mom but she inspires me a lot. I saw her being so good in everything she does and in hindsight, she's become a huge inspiration. I initially joined choirs and sang in music clubs as a hobby. Back then, people noticed how I sang and felt it was a gift. I started singing for friends, family, then events. That's when I started to love it, and I dreamed of being a professional singer later on!"

There's an annual audition for World Championships of Performing Arts. In the Philippines, auditions have been carried out in very intimate spaces. He was in the midst of greats including THE Jed Madela who was part of the panel. He got a slip after the performance and he didn't open it up til he went out of the room. It bared a congratulatory message that he got it.

He says "When I was in college, I also started to perform in corporate shows and seminars. It was the time I got to know more about the World Championships of Performing Arts (WCOPA) so I auditioned. I was in the crossroads of my career and I felt a huge responsibility representing the country for the same tilt." This was WCOPA back in 2016 which was held in the US (Long Beach, California). That resulted in him getting Bronze medals for Gospel, RnB/Jazz and Contemporary categories. He also participated in the WCOPA Virtual 2020 wherein he earned a silver medal and landed in the semi-finals. That got him through a lot of opportunities work wise.

He then joined IDOL Philippines and Tawag ng Tanghalan on popular noontime show "It's Showtime!". He got to win twice in the preliminaries and bared how he was extremely grateful about the experience of singing in that show where a lot of his talent was showcased albeit singing unfamiliar titles in the show. It was a moment where he felt he's singing to explore and make his talent grow. He wants to do it with no limits, to be a person that can sing all genres and not be contented with just being good. He's hungry for more!

Today, he's gotten past all his insecurities and performs while communicating the message of songs with his heart. He's just starting, but with what he's done so far is so inspiring! I can't wait to see when he doesn't even have to introduce himself before he does go up the stage and sing!