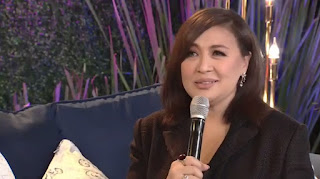 If you've been hooked with FPJ's ANG PROBINSYANO all these years, the biggest MEGA twist will be happening very soon as the MEGASTAR Ms. Sharon Cuneta joins the action drama series.

Ms. Sharon sat down with Gretchen Fullido and said "This was an easy decision for me, when they sent me messages, Coco pitched the story to me and it was a no brainer. I was just a little nervous because I had to be there everyday. Aside from that, this is the biggest series in the country. My family is equally excited to see me in the show. I am so thrilled to be part of this. I've worked with the cast previously, so it's a big factor to be part of this especially when FPJ is my best best friend in the business. This is my tribute to him. I accepted it right on the spot, it was really a dream come true. I'm in the position to say just rest, but it's an honor for me to be part of the cast. The concept was just something Coco had dreamed of one early morning, I was informed when I was in the US and he requested I appear. He was just coming out about the story and he's excited. It's connected, I'm grateful for that and I can't wait to be in Ilocos for the locked in taping. I have experience in doing in bubble tapings, and this is a lot like it because when I made the movie revirginized, this was something like that. I think I'm older, wiser, the character has really good twists and turns, I can do anything just as long as it's not bold (she jokes). We'll have flashbacks, it's different in TV, I have yet to find out what'll happen in the smaller screen, it's just a different platform. I had to cram in shoots because it's how Olivia Lamasan, I'm easy to work with especially if we have reliable scripts. I'm okay with changes and it'll be more drama for me this time. This is more mental than physical, I wake up really early and the preparation took weeks, we're gearing up for a bigger challenge in our life. FPJ and I used to call each other clatput, it's a term of endearment when I was wearing a wedding gown in the middle of a field. He taught a lot of things to KC, the late night phone calls was memorable too. He called me one night just to brag in a sari sari store he used to go to. I miss that, I learned a lot talking to people because that's what he does in real life, it's why he's called King. The biggest stars I've worked with are the most humble, the ones with air, are not here anymore (she kids). He was a good person, humble, kind, very funny. When he drinks beer, I was running off but he would catch me. FPJ also talked to Robin, Daboy, and told the leading men to be gentlemen with me. I had a Father, a Friend, a protector... he was a knight and shining armor in showbiz." 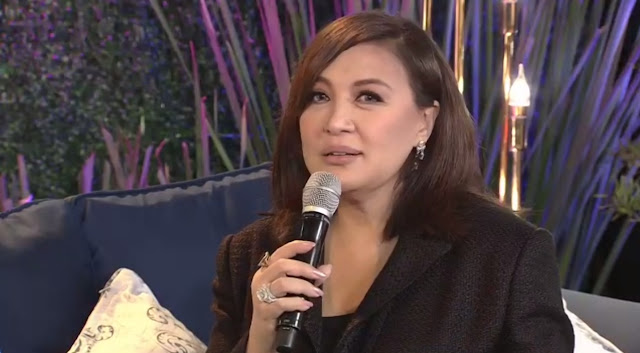 She adds "Coco had a different touch. I am very proud for honoring FPJ in this series. I think it'll be a really long back story, I can't confirm what relationship we'll be having. I will be starting taping very soon, and this will be different because Coco will also be directing. He's got a really good creative team, it's a different way of telling the story because earlier in the story conference, it surprised me, surprised all of us! I used to do MMK but it was super hard to do a morning to morning shoot and the stress of memorizing and crying in long hours was crazy. Osang told me they've worked in best situations in FPJAP, I'm glad they implemented this change of working 12 hours max. I will give my best, I will work hard for this. To Coco, my cast members, Julia Montes, they've got a role to do. They've amazing to see how dedicated, very young, but this show has been number one for 6 years and he's doing very well. He dreams about the show, and to see how committed he is exciting. I can't wait to discover what else is in store for the viewers of the show."