RIA ATAYDE's Back In Primetime on VIRAL SCANDAL 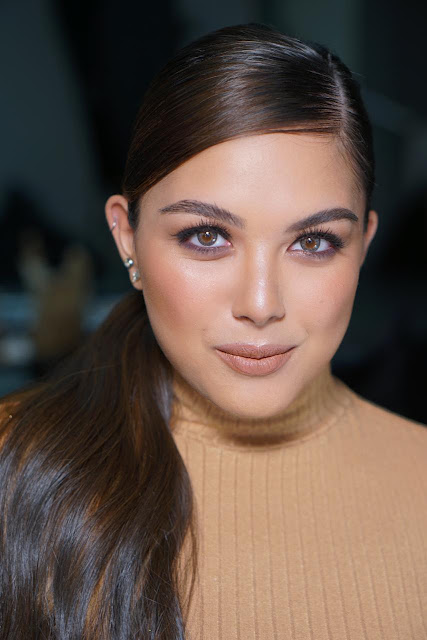 She's one of the most beautiful actresses in the Philippines and yes, she's going back to primetime programming in their new show called VIRAL SCANDAL. It's a social drama set to be shown this coming November 15th in ABSCBN partner networks like the Kapamilya Channel, Kapamilya Online Live, iWant TFC, TFC, and Jeepney TV. This will also be shown on A2Z Channel 11 and
TV 5 on free to air broadcast channels.

The series is directed by Dado Lumibao and Froy Allan Leonardo. It's about the story of a young girl who got involved in a scandalous video. It has torn her family apart, and changed the lives of so many people. Ria plays Laura Dizon who's primary aim is to get those who have done this, their time in court, and get justice.

It's been a while since Ria played someone pivotal as her last one was Parasite Island back in 2019. She's gotten to work with a lot of talented actors, veterans whom she have been able to throw lines with. I can't wait to see more of Ria this time since it's an intense gripping drama. She's one of the most accomplished actresses in the country with top rating primetime series like Ninging, My Dear Heart,
Halik, and episodes of Maalaala Mo Kaya (of which she won 2016 PMPC Best New Female TV Personality). Ria also appeared in high grossing "Can We Still Be Friends", The Girl In the Orange Dress, The Hows of Us and Love or Money which most of which are under Star Cinema. She also is the face of popular beauty brand Beautederm and stalwart of several social advocacies including Voter Registration and join movements against false information on the internet which this series also tackles.

Ria says "I'm so glad to be back at work. I also feel good doing these locked in tapings because we can finish projects quite fast. I know that I'm safe together with my co-actors because we strictly follow protocols, we also get to spend time and bond during the filming of this project. Aside from that, this series has a very timely subject especially how social media has affected the lives of people. I am a staunch advocate of truth, lies are unacceptable. My character in the series does what I do in real life, how I have strong convictions against misinformation and fake news." which I always see whenever I see her posts on social media.

Go watch how Ria will play Laura Dizon and follow her social accounts @RiaAtayde on Twitter, @Ria on IG, and Ria Atayde on Facebook to know more about this series. Again, this will start on November 15th, so you better be ready!