MIKOY MORALES Renews Ties with GMA, Gets Milestones in Career and Lovelife 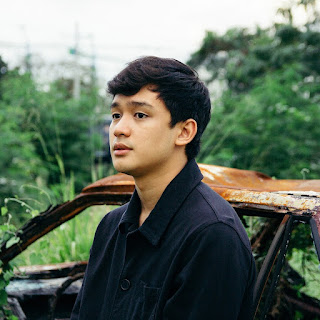 Looks like good man Mikoy Morales is getting a lot of good things in his life as her renews ties with GMA Artist Center just this week. For starters, he's got several shows which he appears in regularly and during the presscon, he divulged that he's in a relationship with a non showbiz person. He's also got several things in the pipeline which has something to do with music, I've been watching him stream quite often and I'm equally excited for him.

He was asked what else would he want to do now that he's stayed with the Kapuso network and says
"I wanna do a historical film, someone interesting. That's on top of mind. I am happily in a relationship now. I was clearing up a lot of deadlines and other work, going home and resting. Sometimes I am amazed at how GMA actually likes me, I'm not a conventional artist and I used to only just get an email when I renew but now have to do these interviews, so I'm really happy. Being in Bubble Gang is really a great experience, I'm kinda an insecure guy, but I feel I could power through things because of humor. At this point I don't know if my fans don't know me anymore, because I've been pretty open and also I want to do a lot of things that are outside of my comfort zone. Right now, I want to work with my personal friends Juancho, Mikee, and those that I've been able to have workshops with. Also Rocco, Mike Tan, I wish to do things because we have different projects and I hope we get to see each other on set. It's really a different kind of fun when we're together. Not just classmates, but really serious actors that I adore."

You can continue to see him in Pepito Manaloto, Bubble Gang, Lolong and other productions. He will also make music, mostly for films that will be using it for their soundtrack. That's just the tip of the iceberg, and we can't wait for more things to happy to one of our favorite boys in showbiz!