Lexi Gonzales Outs "Something in the Rain" Under GMA Playlist 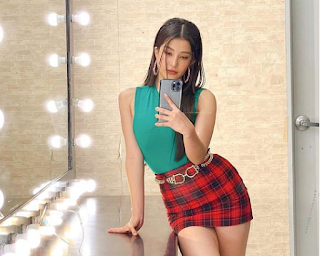 Just got the chance to Lexi Gonzales a few days ago. The Starstruck First Princes has already made a mark in GMA shows and several series, but today's a little different because she's chasing a huge passion of hers, it's singing. She released the single "Something in the Rain" last November 12th under GMA Playlist.

Lexy says "I was really drawn to this masterpiece by Rina Mercado. I was nervous, but motivated because GMA Playlist really supported me. I initially connected it with the feeling of having a first love, the nostalgia of having it, but later on felt it's appropriate to dedicate it to my loved ones, my family, specifically my Grandma. She's someone I really love, and I feel I am with her when I sing about it."

Lexi also hopes she gets to sing more songs with her friends Mikee, and her co stars in Sunday Pinasaya. She also wanted to sing with Garette Bolden if they're permitted to work together. Lexi wants to find good love, something that won't be wasted especially if she's putting an effort to make it last. The ones who heard it first was her family, they actually loved it includer her closest friends. She got lots of good feedback because she didn't realize they would like it that much. My Mom felt it was sweet, whilst my Dad was surprise she could sing, she felt she really had their support right from the start. She also wants to write songs soon, as she's got a new platform. Hopefully she would get to star in her own series, be part of a movie, and make her travel vlogs because that's what she wants to do. These days, she listens to Taylor Swift, some of her favorite bands include Eraserheads and Kitchie Nadal, which she also things are her greatest music influence. You can go listed to it on all music platforms, just search for her name and it should be listed there! Spotify would be a good place to start!