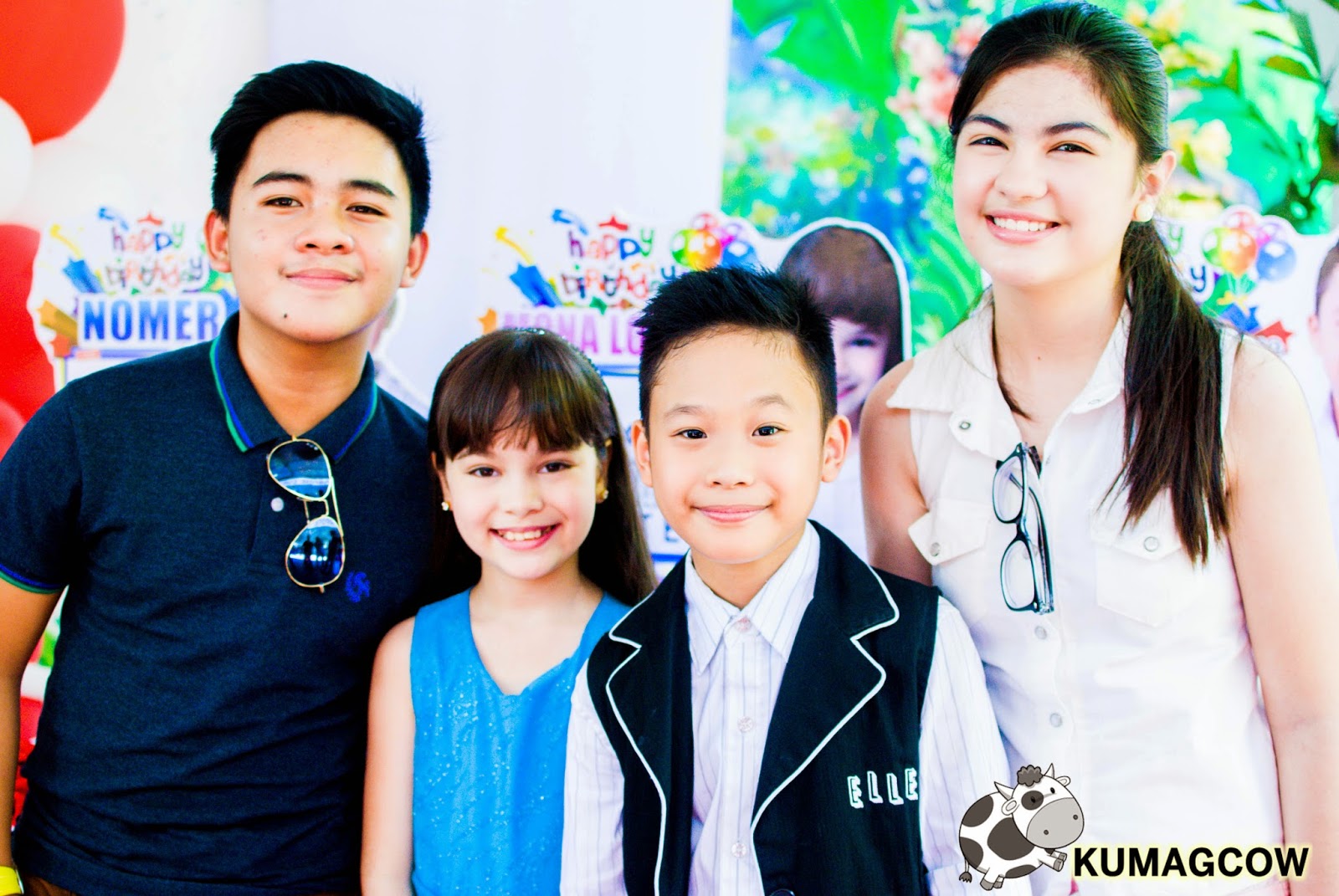 Adults sometimes take for granted what kids can do. A few days ago we went to a far flung school in Rizal where most of the kids of the community were part of those devastated by recent typhoons that have swept the country. Mona Louise Rey, Migs Cuaderno, Nomer Limatog and Daniela Amable, some of the brightest kid stars from GMA decided to help them get through this by getting them get armed with the proper protection, and get entertained that afternoon. A small gesture, but judging by the smiles I saw with the kids there, it was all worth it!

Mona Louise Rey looked like a porcelain doll turned alive. The sweet kid was adored by the students of Karangalan Elementary School. She was surprised to see that the kids, the teachers and the parents present there actually watched her show "My BFF". She actually performed "Let it go!" and had some of the kids sing along.

She also shared her experience auditioning for GMA, she said it's possible to be an artist just by putting their minds into it. They have to study first because it's not easy but everything starts with a dream.

I thought he was Bimby but this kid is Migs Cuaderno. He's a pretty good singer too and his confidence just comes out when in front of a crowd. He also said a few things to the students and asked them to pray hard so they get through life's struggles. If they want to be successful, school should never be missed because even reading and memorizing scripts would be part of an artists' life. This is also the same in singing, so he did that right after the small talk.

Some of the teachers and girls in the audience got a little excited when they saw Nomer Limatog up the stage. He's one of the kids that sang in Protege, GMA's biggest reality show. Talented as he is, of course he had to sing for them. True enough, he showed why he's been able to perform in GMA's shows because even at puberty, he's doing great with singing. He's also doing good with some "Magpakailanman" appearances and I think he'll be utilized well in future shows. He shared his experiences while auditioning for shows and says all it takes is a little effort, and hopes the kids would be able to learn more while staying in school and perhaps get a career later on.

Daniella Amable looks all grown up! I didn't recognize her. This is the same kid who we watched from the other network, The Good Daughter and Genesis. She also told these guys and gals from Karangalan Elementary School to always put God above everything else and he will take care of them. Then these kids started giving away gifts of rain boots, rain coats and other things from their sponsors. Garfield, Fernando's Bakeshop, Kids Republic, Hammerhead, the sweet people from Made In Candy and GMA Artist Center.


Ultimately, these kids, even when they're so young has been able to chip in and give a little help to the kids who have been ravaged by the typhoon that recently struck Manila. They deserve every little bit of fun they had during this afternoon. Thank you again to GMA Artist Center to let us tag along during this very touching event for the kids. I'm sure there will be more! :)