We had a blast last Tuesday at Route 196 in Katipunan Avenue, Quezon City. We were there to witness the launch of the first band, first artist to ever launch their own sticker on popular messaging app Viber. Yes, that in itself is something to be proud about... sure enough they showed us why they're one of the best bands this country ever had!

We literally were standing during the interview and asked them about this latest feat. Viber has been steadfastly supporting them all these years and they were grateful to actually do this. The artist initially had these made specifically for T-Shirts but figured it'll be perfect for the app stickers that they planned to make. These are actually one of a kind, but they gave away shirts that evening that's got the designs printed on them. It was sweet, because only a few of these will be in existence!

We also gave our thoughts about their performance during the 7107 International Music Festival because out of all the bands that played there, they were freaking awesome and FUN! I don't know any band that's got humor and music done together brilliantly. It was even natural, didn't feel that anything was staged... and yes they even performed a lot better than other international acts. I had a mistake of even saying they were "at par" when in fact, they've got a point to say they were a tad better.

Now they also explained each sticker that they published while we were there and most of it were real deal expressions that they use everyday. They also had their own manner in saying it, of which some regarded as their private jokes. They also said they had to trim it down to 40 because most of the personal jokes might not apply to everyone. The ones left, were really pretty good. As a matter of fact, I use them now on my Viber... on a regular basis that is! :) 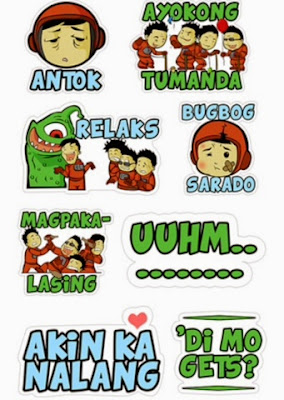 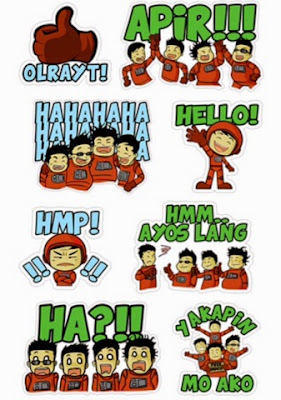 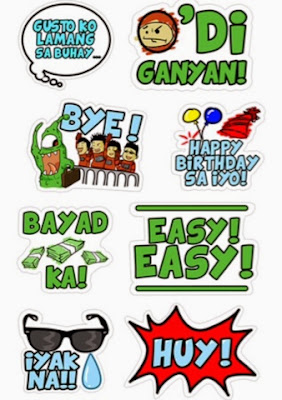 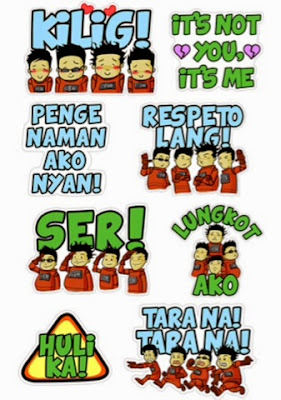 It's full of personality, they also use the Filipino vernacular to give it more sensible in everyday conversations which is a pretty smart thing to do. If you see the actual characters in their sticker, it pretty much is the same astronaut seen on their album entitled "After All This Time" which is also out on stores nationwide. Now, everyone can enjoy them on smartphones because as of Viber's word that evening... a lot of people already downloaded it. This is history, the first official Filipino band who ever had a sticker on the Viber Sticker Market. Oh and as if that evening wasn't already great, they went ahead and played almost all their biggest hits front and center! These things are made of dreams!

They're not just a bunch of musicians, they're totally relate-able and you wouldn't even know they're paying homage to the Beatles. I had real good fun talking to these guys because they made sense, and they're pretty serious in what they are doing. No wonder Viber believes in them! I'll surely enjoy their music at any given night. I can say I missed a lot when I didn't get to cover their album launch a few days back, but this surely has freakishly made up for it. No local tales with these bunch of guys, they're just like you and me... they've got their own day jobs, and living with their passion for music. Congratulations Itchyworms! Congratulations to Viber too for getting these guys on board! I heard this won't be the last because they've lined up a couple of surprises later this year. Make sure you download the Itchyworms sticker now on Viber's Sticker Market!

P.S. I super duper love "Ayokong Tumanda" (I don't want to age), thank you for playing that!

For more information about their app: