James Reid, Nadine Lustre and Joseph Marco for Talk Back and You're Dead! 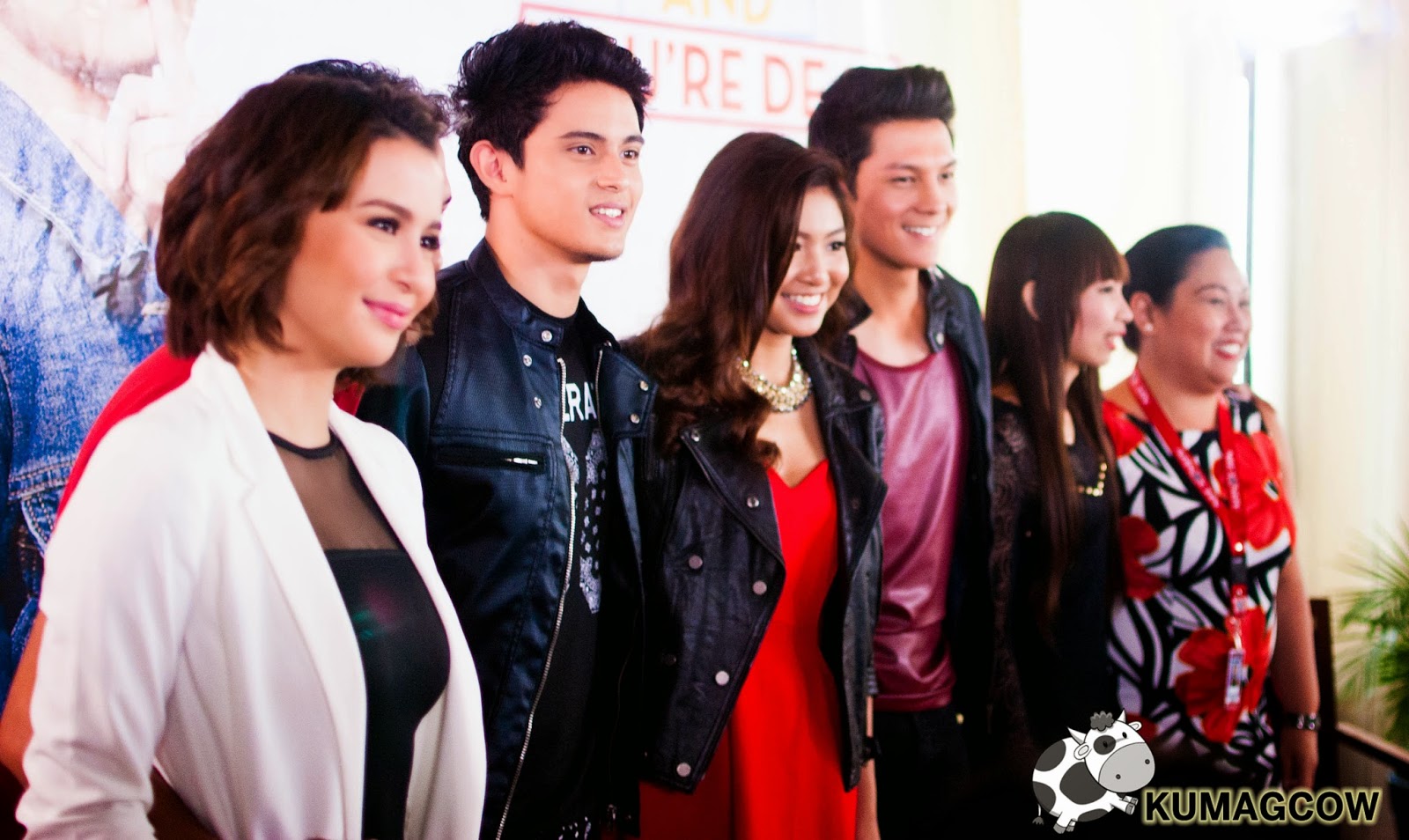 We had fun listening to the entertainment reporters throw questions during the Talk Back and You're Dead presscon yesterday at ABSCBN. This is a production made to and for Skylight Films and Viva Films. It is based on the book by Psicom Publishing and directed by Andoy Ranay. It's storey revolves around Sam (played by Nadine Lustre), Top (played by James Reid) and Red (played by Joseph Marco). They delve on the life of Sam where Top and Red will ultimately fight for her in scenes that's both clever , coincidental and unforgettable.

James Reid says Nadine is a good kisser, so does she. They'll have several of these in the film and that's not all, Joseph Marco is asking for body exposures. Fans are probably going to be looking for that. James and Nadine are thankful about their super loyal fans who came out of nowhere after the "Diary ng Panget" film that they did a while back. James also said that they can't help sometimes to feel "something" when they're playing people that are in love in the film. They also said that if ever they have a relationship in the future, Nadine says... there's always a chance.