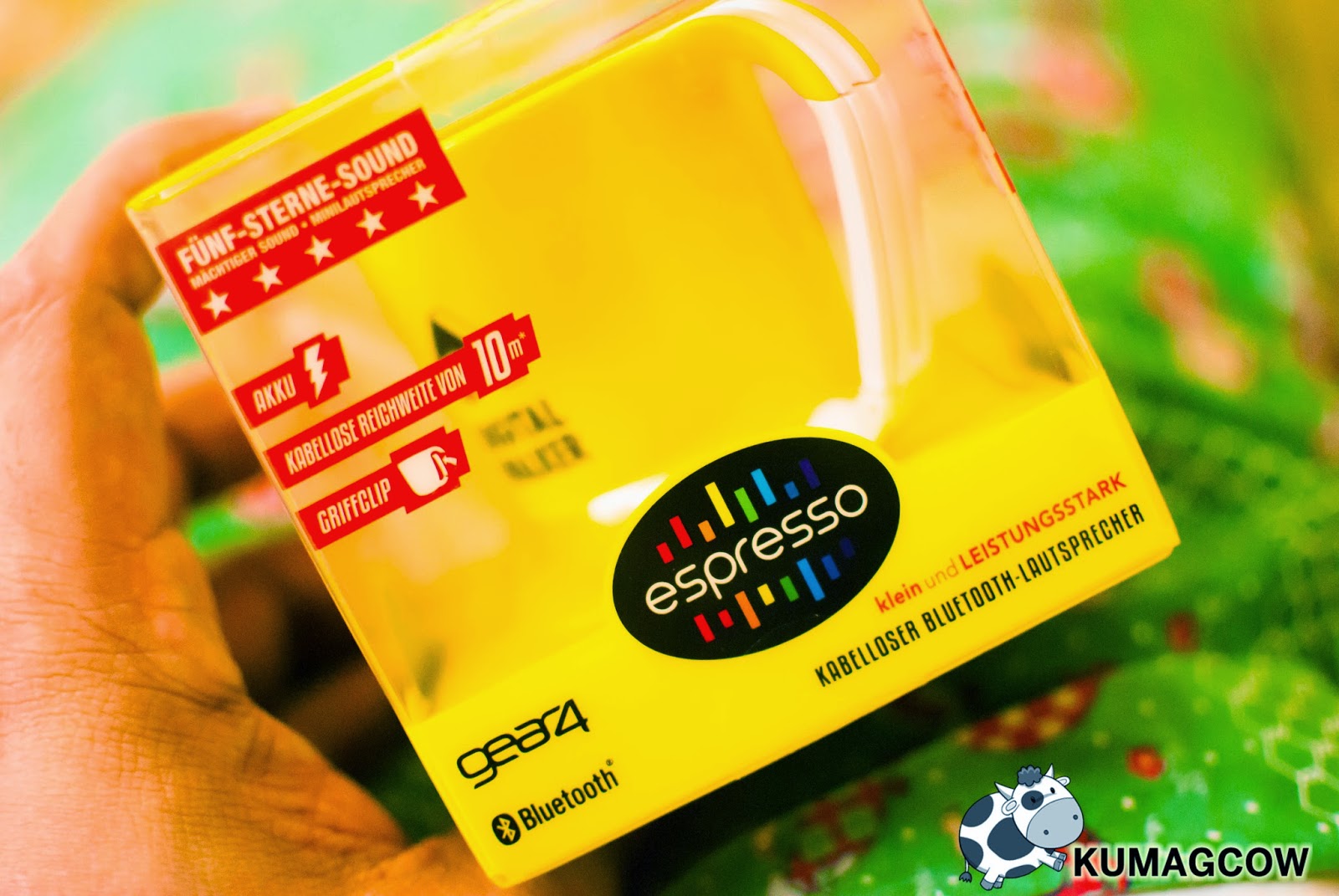 When this arrived in my doorstep, I couldn't believe my eyes. This is the Gear4 Espresso, it's a Bluetooth Wireless Speaker from our friends in Digital Walker, the premier gadget store in the Philippines. I have never ever used one before so I had to read the manual. Although, I think it works just like any Bluetooth speaker where you just had to pair it with your gadget and the audio would immediately come out of the Espresso cup. Design wise, it's got my vote because everybody else in Facebook was telling me how cute it was on photos. They just didn't know how much power it holds which I'll tell you about in a bit.

The box contains only a few items, the Espresso Gear4 Bluetooth Speaker, the USB cable and the Quick Start Manual. I had to charge the speaker of course, so I just plugged it in one of my laptop's spare USB port and a red light turned on the Speaker. It's on the same line with the port (on its left) so you wouldn't really miss it.

As I mentioned earlier, it was so cute! It looks so nice on top of my office table, but I usually take it around my house and even use it while in the shower. It even saves on the batteries of my phone because I don't have to use my iPhone's loudspeaker anymore.

The one on the top left bares the construction of the speaker itself, because it was a little concave it made the speaker's output become more on the "base" side. I like it when it becomes powerful like that. Don't ever mistake this small wonder to sound inferior to other speakers because it really packs a punch. The one on the top right shows that the side of the speaker unit, it has a hook which can be pretty useful if you want to hang it out on walls, or even belts when you are outdoors. The one on the bottom left shows the mini USB port and the status light on it's left. It basically turns red when charging, it turns off when it's full, it blinks when it's trying to pair and turn solid blue when already paired. The one on the bottom right shows the bottom part of the speaker which has the power button. Press to turn ON, then press again to turn OFF. It's a no nonsense gadget that I absolutely love because it's simple, and doesn't have to be too complicated to work with other devices. 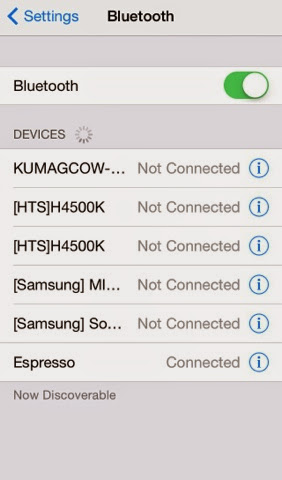 So I went ahead and connected this iPhone to the Espresso Gear4 Bluetooth Speaker. If you detect it on the devices, just choose and connect. You will also see that the light will turn solid blue on the speaker and see the Espresso link up on the iPhone's display.

And you'll really see it glow!

After establishing the connection, I opened up Deezer Premium on my phone so I could stream my playlist. The speaker even at high volume did not disappoint. It was like having a party inside my room and I didn't have to have huge speakers at all. This small one was enough to enjoy mood music I wanted to have in that same day, in that same morning that I'm having my cup of Espresso. This Espresso Gear4 Wireless Bluetooth Speaker from Digital Walker is so good I'll probably have to get more for my love ones. As I said, don't let the size fool you... this one's really good.