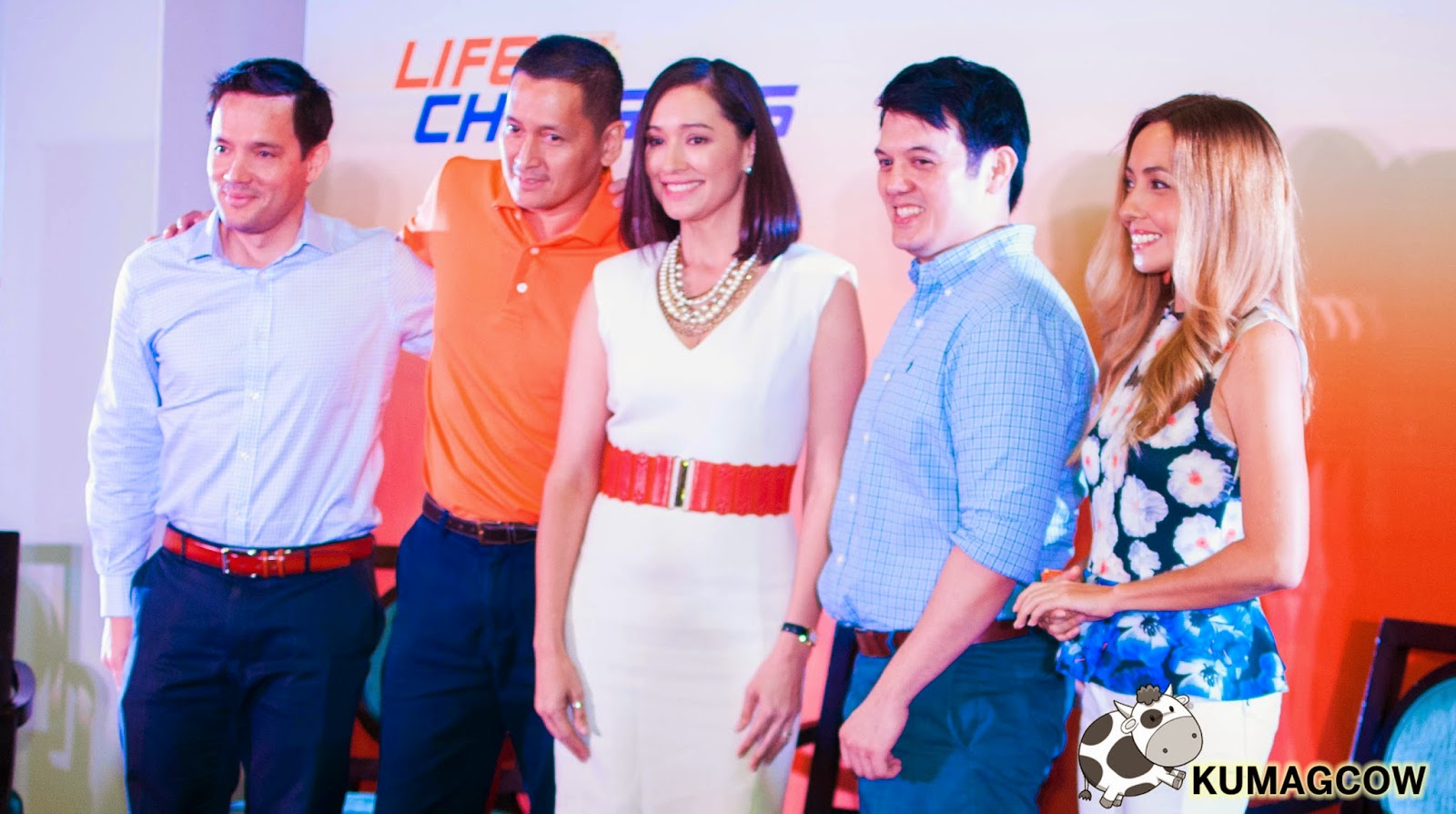 We went to a Pharmaton event this afternoon as they selected people that would best represent themselves as Life Chargers, a new campaign specifically to bolster inspiration to people who have inspired others and make themselves inspirations too later on. Their tag line was "What inspires you?" I was asked the same question earlier so I answered quite practically and said money. Of course, there are a lot of things that should be important than that. People like the Pharmaton Life Chargers Hindy Weber Tantoco, Maxie Abad, Michelle Ressa Aventajado, Chef Rob Pengson and Anthony Suntay are truly sources of inspiration, they are also inspired by others who are driven in pursuing their goals.

Maxie Abad is a former member of the Philippine National Football Team. He's also a lawyer and manages to still teach youth who loves the sport. He mentions "I truly find inspiration from kids, it's a venue where you can see them grow up from boys to men in a snap. Finding them achieving more than you would be the proudest moment. Seeing them excel in sports even out of football is already the best "take back" you can get from them."

Everyone in the sports world knows Mr. Anthony Suntay. He's gone to every ball sport in the country and if you're not seeing him here, he's probably somewhere else in Europe, the US or elsewhere in Asia covering the biggest sports events there is. He said "I figured what else could I do when you hit a wall (talking about his stints in the Philippines), I ventured with other companies based internationally and got to cover places outside the Philippines." He advises everyone to stay dynamic, but get Pharmaton so it will get you more energy to take care of your family.

Michelle Aventajado finds opportunities to educate people whenever there is a chance. She doesn't take it personally and takes her time to explain things about special children. She also understands where they are coming from because there are challenges in education and being informed. Still, she remains inspired and continues to provide inspiration to other people. "My students and children teach me too, you can learn so much from kids."

Hindy Tantoco keeps her integrity through trials, resilience and perseverance. If she gets to still take that in her place, she's already fulfilled in making a positive change. She's okay with non organic stuff too and doesn't blind herself from those she can benefit from. She's taking it easy now and supplementing with more while staying healthy. She didn't stop with fashion but she takes her time now unlike before where she goes home so late and think about next season to stay ahead. She researched about the benefits of Pharmaton and the idea of supplementing is a good thing for her. She still is a believer in growing your own food, and staying organic. It's what she's been very busy with and the task has continued to inspire people to do the same. This is why she's part of Pharmaton's Life Chargers. It was a treat to talk to her too that afternoon, she was so nice.

Chef Rob Pengson wasn't the smartest kid but at age 19, he asked his folks to get him to study culinary arts. It was difficult, but he was challenged and got to achieve a lot because he knows this is his passion... and he said when he worked with his passion, that's where his life totally changed. They began to open a school in 2007, saying it was a gamble, but when he showed his passion to students who enrolled at that time, that's how he got the ball rolling. Now, Global Academy is one of the biggest culinary schools in the country. He's now giving chance to students to excel, even giving scholarships to deserving ones from far flung provinces as he continues to still follow his passion. He says "Stay resilient and follow your passion, work out and eat the right food. Supplement well, no matter what you eat you don't get everything and Pharmaton resolves that."

These Pharmaton Life Chargers will be continuing to inspire more people, they're as ordinary as you and me but they make their life better by sharing their passion to other people. Take Pharmaton and do the same, it'll help you understand how anyone can be an inspiration to others. I'll try that too!