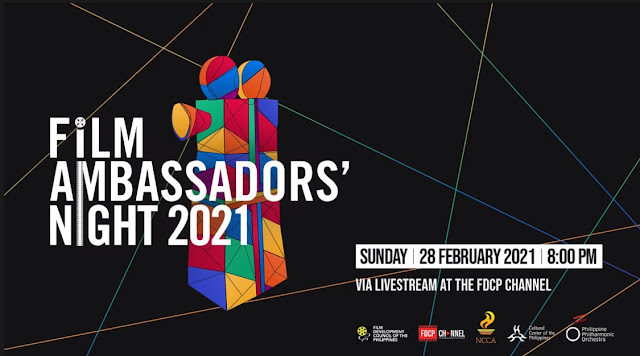 It's been a while since we've all gone out to the cinemas and from the looks of it, it's going to take a few more months before pandemic restriction eases, which is understandable because of the dangers of COVID19.

The industry has grown, and the Philippines has showcased a ton of films outside the country where it has met a lot of appreciation. This year, they are going to continue to do the FILM AMBASSADORS NIGHT for 2021. This is ultimately, to recognize the men and women who has done remarkable things for the Philippine film industry and FDCP will be spearheading it again this year. 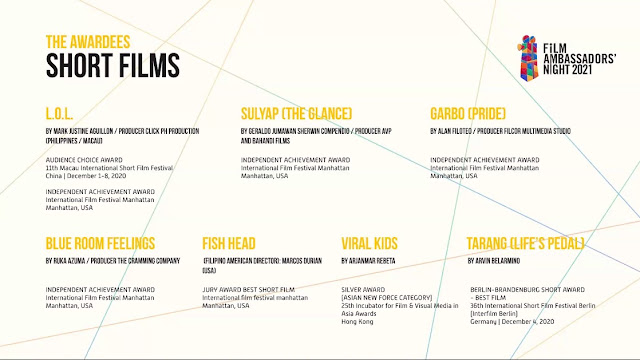 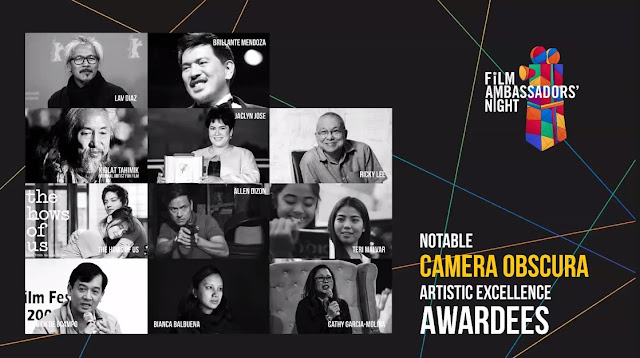 According to Chairman Liza Dino "It was the last event that FDCP mounted before the pandemic last year, we didn't realize how big of an impact it would have in our sector. It's been a year, and we are still here, but we should reflect and be grateful about this. It's hard and we haven't recovered fully as we have workers who have no work, but this year, we hope this sparks hope, in an industry that has gotten accolades amidst the pandemic. This is our way of celebrating our filmmakers, to promote our stories, our cinema, to represent us in different parts of the world. While we are celebrating, we are bringing recognition to people who did so good despite the pandemic, to reflect what is important we have come together to get through hardships, we didn't expect this as an agency and we all are experiencing this. I hope in this first event, it will be an opportunity to unite and share this experience to celebrate what good things that happened in 2020 and look forward to more this 2021 to all our projects, programs and initiatives." 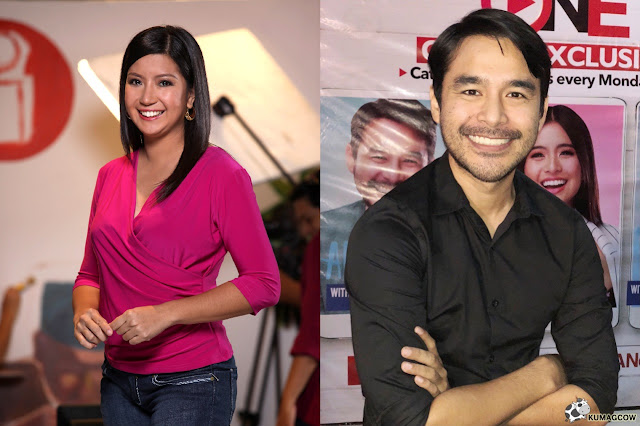 Part of those who will be recognized during the award night are two very talented teams under GMA News and Public Affairs, BRIGADA and Atom Araullo Specials which have been praised in other countries and won Bronz and Silver awards for their documentaries about Aetas and the other about poor people selling their babies online. We got updates about the cases via chat as Ms. Kara and her team responded to our questions there too. Their real clamor is to have these be acted upon by the government and have them be given what is due them since they have fought during World War II.

nilapit na po sa PVAO yung case but the authorities claim na hindi raw maestablish ang idenitities nila
they are still trying to appeal their case
thank you for the question. i try to help my case studies in any way i can. i have a scholarship foundation for poor filipino children. pero sadly kulang pa rin ang dami pang kailangan tulungan
salamat Film Development Council of the Phils for this honor"

Here's part of that talk we had earlier

The Film Ambassadors Night 2021 will be held online on the FDCP channel. This is their 5th installment and the nice thing is, a lot of actors have won worldwide. Hopefully, you would get to know these films and recognize why they won and brought prestige for the country. This is also done to coincide national arts month of NCCA. Bamboo, Tres Marias, Bituin Escalante, several crooners and artists will be there for honorees. This is a good way of recognizing film makers especially those who have excelled in the international arena. Award winners, embassies from other countries will be there and it would be a good venue to learn more about the film industry even for artists, directors who would like to excel in the craft. Visit fdcpchannel.ph to know more about this or to watch the actual awards night.