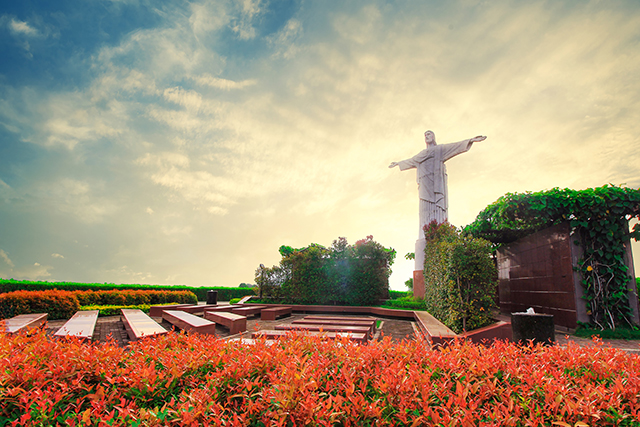 Golden Haven Memorial Parks has been in the industry for over 40 years and as a deathcare industry leader, they have continued to build and develop quite a number of beautiful memorial parks in the Philippines.

They painstakingly pay attention to architectural designs and even liken them from some of the iconic places in the world. It mixes the natural flora, fauna, landscapes of the Philippines and these stunning places we've often read on books and learn from in history too. They also make sure all their properties become a serene and spiritual place for your loved ones, a fitting tribut to the special people in your life. 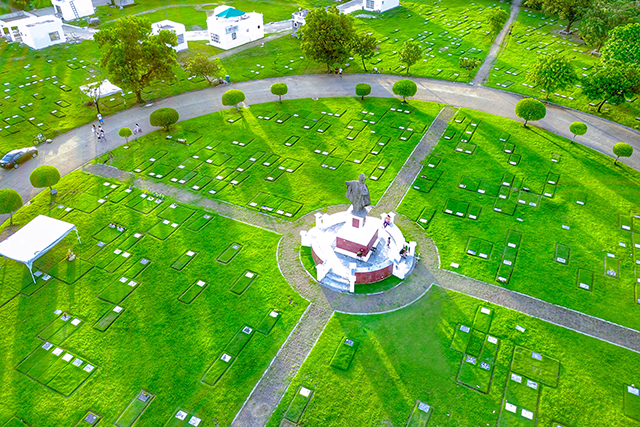 This remains true for the Golden Haven Memorial Park property in Las Piñas City which til now, evokes the Spanish colonial look in a very catholic setting. They even have Pope John Paul II's bust erected there so people can have something to marvel while they spend time with their dearly departed. They also have the Golden Haven property in Bulacan which they made to look like the rich Amazon rainforest wherein you get that wildlife feel no matter where you look in its 4 walls. There's also the Jardin Tropicale where plants abound, a pretty good looking vegetation as backdrop to your loved ones lots. 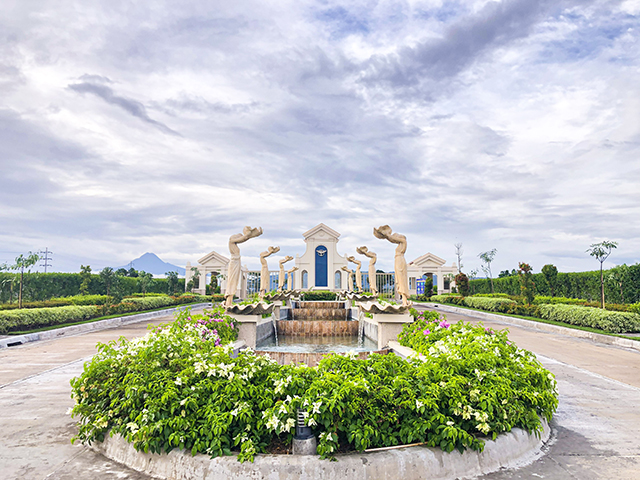 In the Visayas they also have different features in Cebu that mixes Chinese and Spanish design. Golden Haven in Iloilo on the other hand does have Gardens of America which mixes nature and old americana architecture. In Mindanao, Golden Haven’s parks are more into the Meditteranean and Italian design pitted with California views which is bougy, bulky, more euro inspired.

Further south, they also mix it up with designs patterned from Japanese Zen, Papal Garden, Tuscan Hills, Moroccan Tapestry, Victorian Secret, French Royale and a Spanish Courtyard, like going around the world in just a few minutes. This is why more and more people trust Golden Haven for their deathcare needs, to honor those who passed that they need not worry where and how their family would visit them when the time comes. Their property also increase 20% in value year on year, so it would be a wise investment too for OFW's who would want to secure properties or earn from it as well. For those who don't know, Golden Haven is a subsidiary of publicly listed Golden MV Holdings Inc. who's very well known in the real estate industry. They're the good guys who have 200 Billion in market capital.