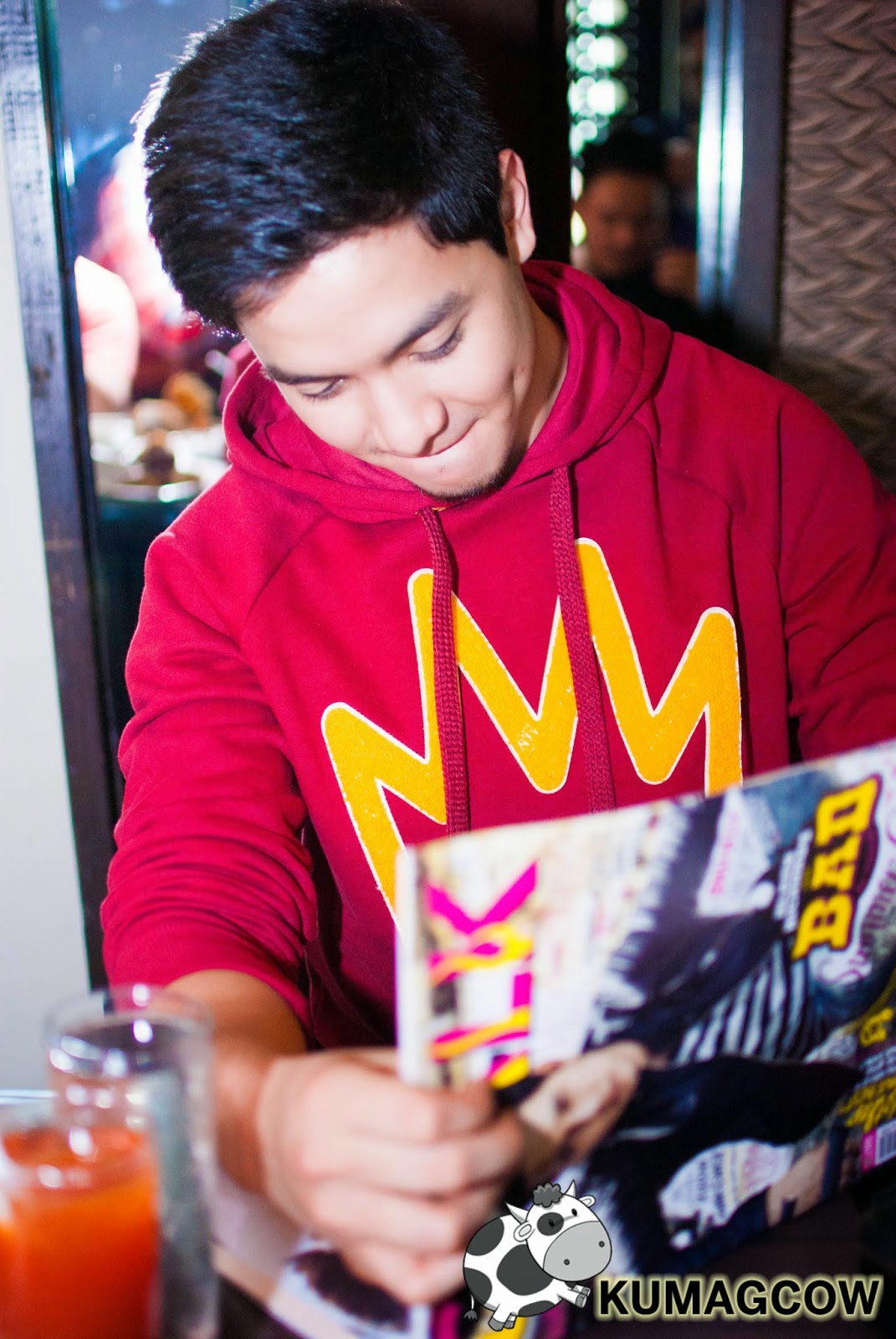 The clean looking, clean shaven, good looking Alden Richards was busy signing autographs when we arrived at MESA in Tomas Morato, Quezon City. The "Pambansang Dimples" who we usually see baring leading man roles in GMA shows just bared down a different look during a CHALK Magazine cover shoot this month. Yes, this guy who we always see too clean looking went all "Bad Boy" on us for CHALK Mag.

His dimples was coming out in all shapes and forms. This different look on the mag made him look very different than what we're used to which means he can pass as an action star whenever he wants it. He mentions he's very serious about his craft so whatever he does, he makes sure he delves into the role he's portraying. The different look in CHALK Magazine was nothing different because he always sees this as a challenge. Changing looks isn't as easy as you can probably tell, because it entails a lot of things for you to project this on cam. He's got a scruffy exterior on this one, totally off tangent with what you usually see on TV - but he passes off like a grown man with angst, a certain amount of machismo and bad intentions. Girls dig that look and yes, it looks very attractive.

Alden these days is busy with independent films. He says he sorely enjoys it that he wants to have more projects like it soon. Since it is not commercial, he knows how much it might not be practically rewarding but it feeds his artistic hunger for the craft.

The Indie film he's also doing right now has got very intimate scenes included. It's also got very rough ones that you wouldn't imagine an Alden Richards would do on a normal day so you can expect something different from him this time. The title alone "Cain at Abel" was a dead giveaway.. it's how intense it will be. He also stars with Aljur Abrenica on a more modern take on the biblical story but it will not be too similar with that period or the old film portrayed by Christopher De Leon and Philip Salvador. The experimentation, the weird scenes shot in this film was what Alden was looking for. He was so thankful to have worked with Director Adolf Alix Jr. under GMA Films.

To know more about it and Alden Richards' full interview, please grab a copy of Chalk Magazine this month in leading bookstores, shops, magazine stands nationwide! I even found some in 7-11 stores in my neighborhood. Definitely a must have for someone who adores Alden inside and out!