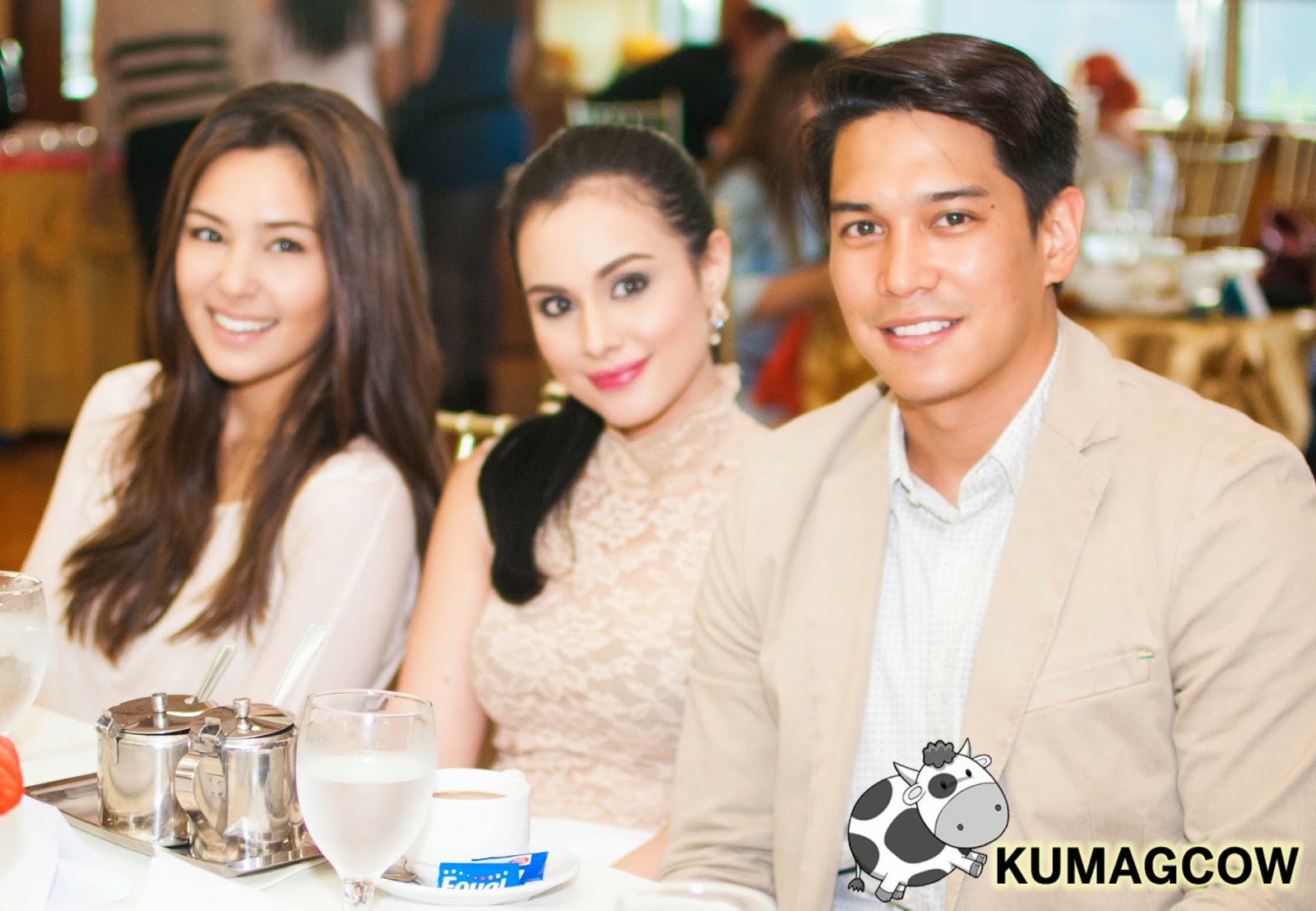 You remember when we met Dion Ignacio a few months ago? Well, he's part of this series called Innamorata. It literally means being "in love" and this mid fantasy story that goes around a young lady who's got a condition based on the one they called Porphyria. In a nutshell, it's a very weird skin condition and you won't look good while having it. It's hereditary and it doesn't happen often according to statistics. All of which will all magically disappear when she (Max Collins' character) wears a necklace. Innamorata's lead stars are Max Collins, Luis Alandy, Gwen Zamora and Jackie Rice. We got to talk to some of them during the short blogcon a few days ago and it was fun!

We were treated with a song by Luis Allandy and a couple of acting games after LOL. They were asked a couple of questions, some were a little off tangent but most of it is general. I think they are running a couple of months and might be ending soon. That goes without saying that their story is about to get more intense in the coming weeks. Some that would be very interesting to their current viewers. Something to do with Gina's sickness and how Cora and Dino would try to find out if this claim is real or not. Gina will also make Esperanza a little bit more guilty about stealing everything from her but really, we know why she's saying that. Will Edwin succumb to Gina's wishes to get married because of that? Well, we've got to find out by watching them on GMA's primetime block.

I also hope you get to see that part where Gina goes storming into the wedding and pulls off the necklace off Esper; then divulges what she really looks like. It'll be hard on Esper and she'll feel extra sad these coming days. Will she be able to convince Dencio later on? Or will the love story end soon.

You were a treat to interview guys! Thanks for the time to get to know you! :)