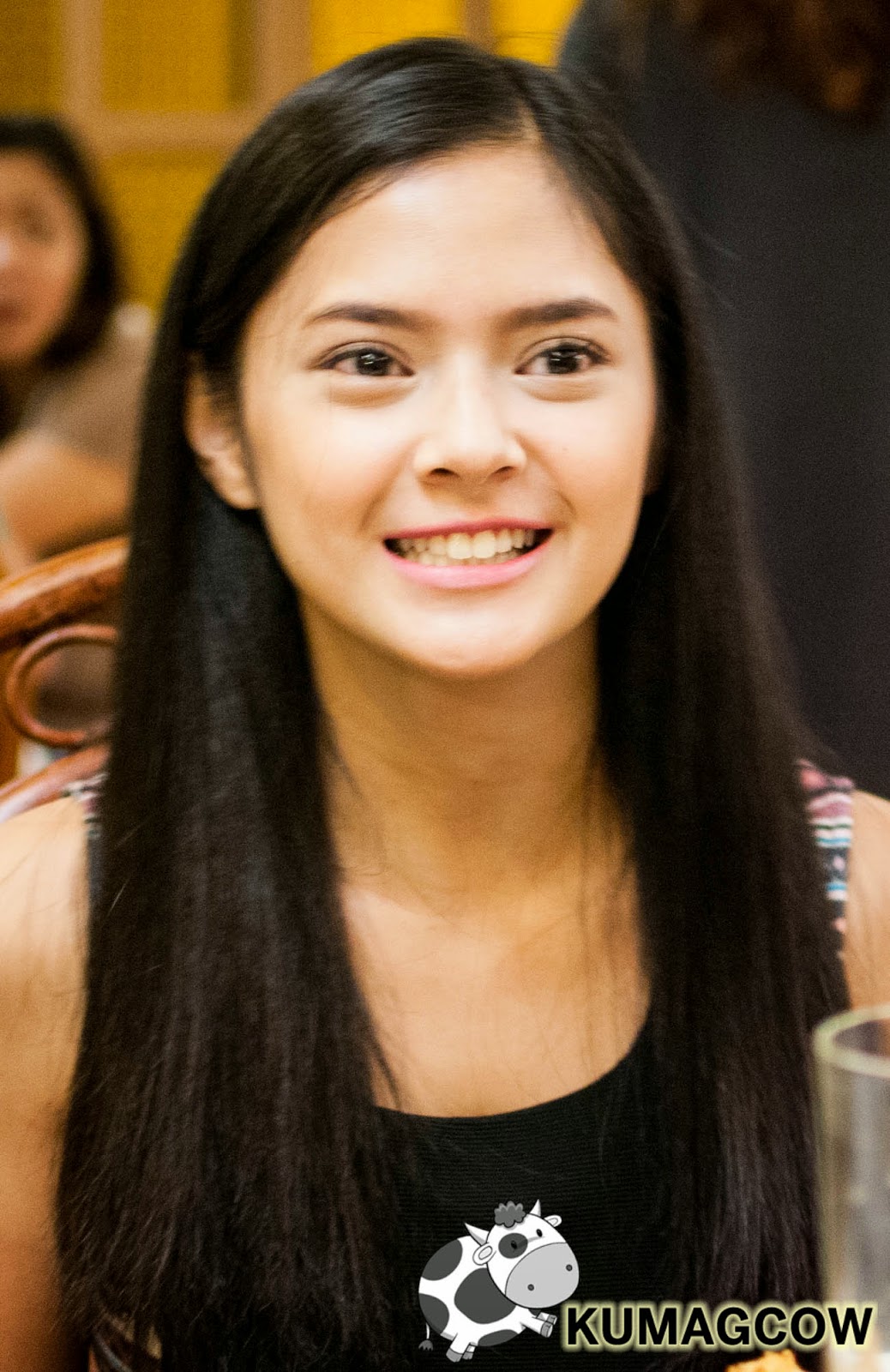 We talked to the cast of Niño a couple of weeks ago and catched them again last week. Pretty and smart, Bianca Umali says she can't wait for the show to start this last week of May as the Carmela show of Ms. Marian Rivera got extended for a month. I think they were supposed to have been shown last April 28th but decisions to extend the latter was induced. They were all good vibes about it because they have more time to prepare for this big show that GMA trusted them with. GMA's Carmela has got high ratings and they are prepared to either match that or wish to even outdo it but they know they have a pretty tall order.


Bianca says their story is a little different and hope that the community of Catholics would give special attention to it. She will be portraying the role of Angelica Guevarra who's going to be Miguel Tanfelix's best friend on the series and she'll try her best to make his life easy since he's a special kid. More often than not, people would not understand his situation and Bianca's role would provide the necessary care and love that Miguel needs. She will also perhaps delve on a small love story in the series but it'll be more exciting as Renz Valerio will provide the anti climax and ruin some of their moments. You'll have to watch out for that.

Renz Valerio plays as Raphael Toledo, Niño's brother in the series. He's not that fond of Miguel Tanfelix's personality and gives much grudge and jealousy in the series that he'll probably be a little evil in some scenes. He doesn't understand the special needs his brother presents so it'll be a conflict between him and Niño that you'll have to watch out for. During the small chat, he's very endearing. He's got that quality that you won't tire of when you talk to him. He's like sunshine on a gloomy day. He is a bit nervous though to play someone anti hero because he's never done it before. He always played the goody two shoes kind of character but he thinks he can do it. He doesn't have some other actors to actually pattern this role from but when I asked that the last time he says he'll try to have one. Good chap turning bad, can he do it? I'm sure he'll do a good job.

Time really flies no? This guy right here was the kid I watched in Anna Karenina. He is Julian Marcus Trono. He's grown pretty smart and very articulate. Girls would find him very endearing. He's playing as an antagonist this time and will make Niño's life a little hard. He's not part of the family and as an outsider that would pretty much present a better view on how society will treat a person such as Niño but don't worry because there's always a little Niño that will also help him if he needs it. The little Niño played by David Remo will be like Miguel Tanfelix's own personal guardian angel, so you need to watch how Mat will make their lives a little harder.

Niño is played by Miguel Tanfelix. You've probably seen him in other shows from GMA in the past but he's not much of a kid anymore. Promising and has got leadingman material, he's bound to be another hunk/Dingdong Dantes in the making. He's very humble too which I think would make him go places. He's also blessed in the looks department which ladies pretty much dig. This role is very difficult but he was able to study it quite extensively and applied it on some workshops he's done in the Artist Center stable. They've got a big task ahead of them because as they are playing roles that is going to be affiliated with Sto. Niño and the faithful will probably scrutinize how the story goes. Believing in the goodness of people and their community, they strive to set an example and hope Filipinos will adore Niño as much as they are excited to see it.

Please watch Niño this last week of May as they take on the time slot of Carmela in GMA's Primetime slot.